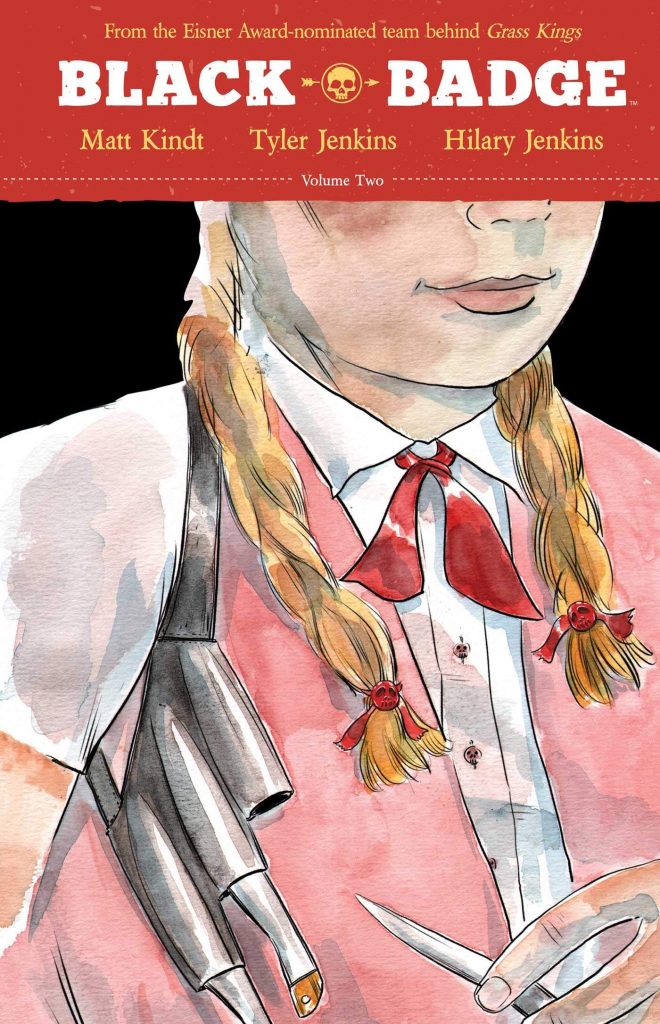 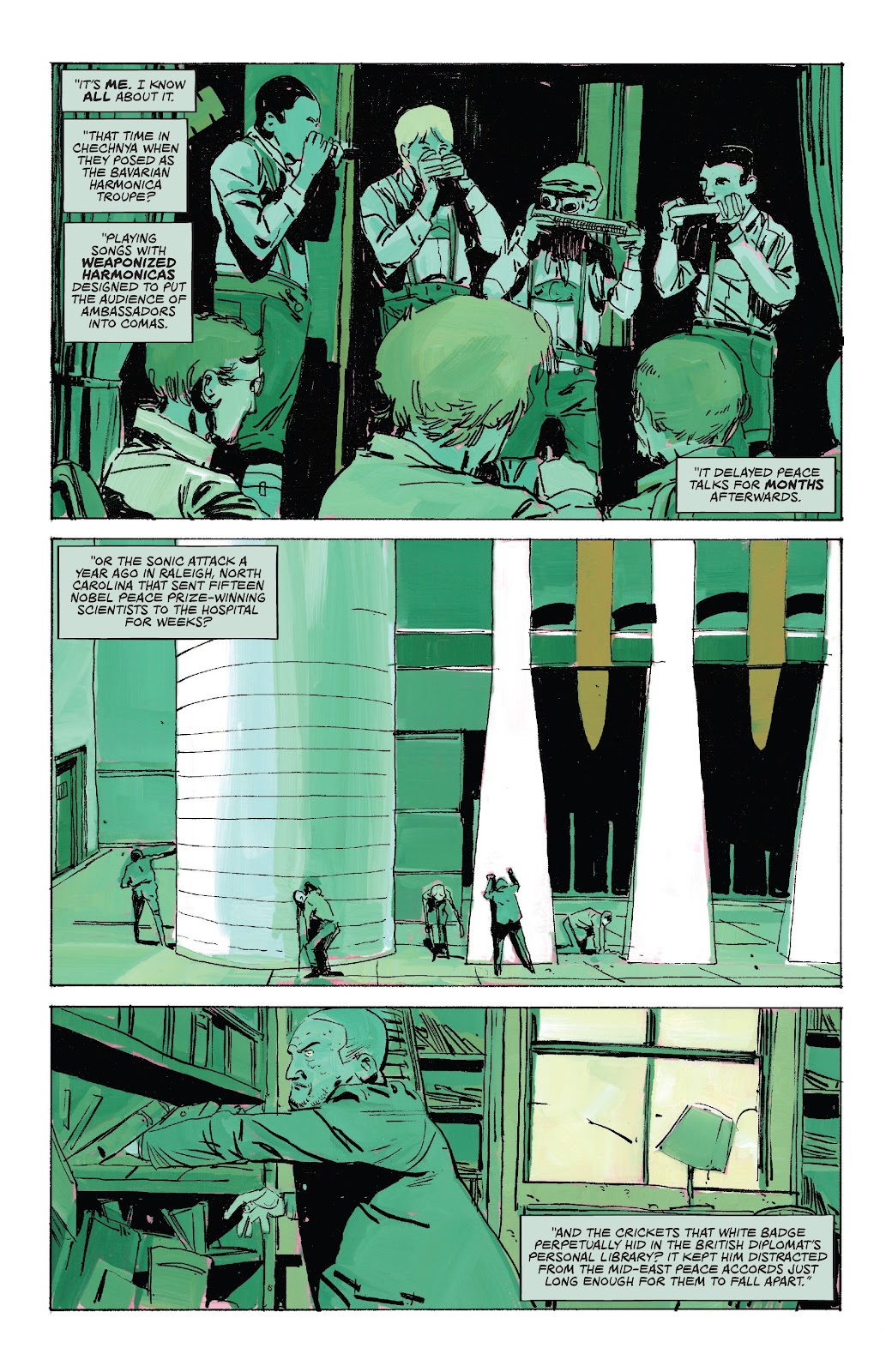 Black Badge Volume One treads a very fine line, but pulls off the idea of a small, elite squad of boy scouts travelling the world carrying out military missions on the basis that they won’t arouse suspicion. The volume closed with Matt Kindt and Tyler Jenkins upping the ante by introducing the Black Badges to several other specialist troops at the Rainbow Jamboree, and Volume Two opens with them participating in a challenge against them. Supplies are provided, but not enough, and other than maiming or killing, anything goes in winning the challenge.

Most of Volume Two is Kindt’s variation on the The Hunger Games, acknowledged when referenced, and feature the final background stories of the lead characters, keeping up the tradition of what individuals tell their colleagues being completely unreliable. Kindt’s a very clever writer. There is one revelation in particular that more astute readers may have picked up from Volume One, but those readers shouldn’t congratulate themselves too soon, as a sense of deception and paranoia has been carefully calculated. While some early information does coincide with what the Black Badges already know, how much of the rest of what they’re told is true? Among the casual cruelties of the test mission Kindt still manages to slip in utterly ridiculous situations played with a straight face as seen on the sample art.

Jenkins characterises the cast effectively, and plays his part in the overall mood by never over-selling what might otherwise be funny moments. Everything is delivered absolutely straight, as if by Leslie Neilsen. However, perhaps because until Black Badge, Jenkins’ art was so associated with watercolours, there’s something strangely unsatisfying about the darker, smudgier look of his art under the gouache colours of Hilary Jenkins.

The final chapter delves more deeply into the lives of the Black Badge members when not on duty, revealing much about them in the form of personality assessments carried out by the suspect White Badges.

Whereas the first volume seemed a tongue in cheek concept overlaid with thriller elements, this volume builds on that groundwork by adding a palpable sense of danger that wouldn’t be present if the cast were one-note or unsympathetic. It’s far darker and more disturbing in transferring the secrecy and manipulation of adult spycraft to children, and ends with a shock to carry the story forward into Volume Three.