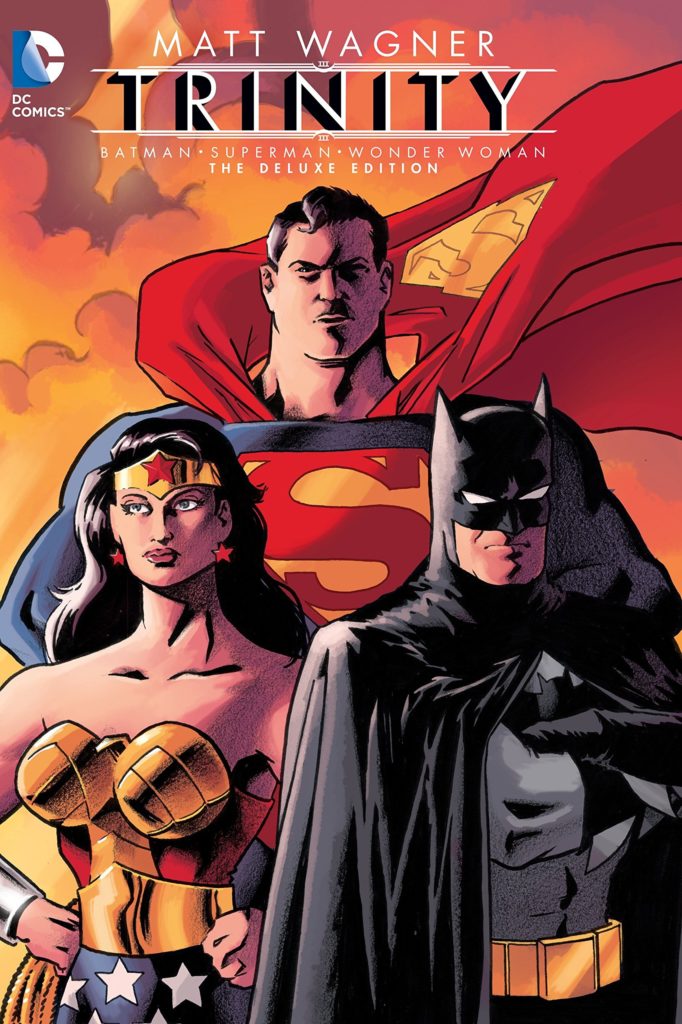 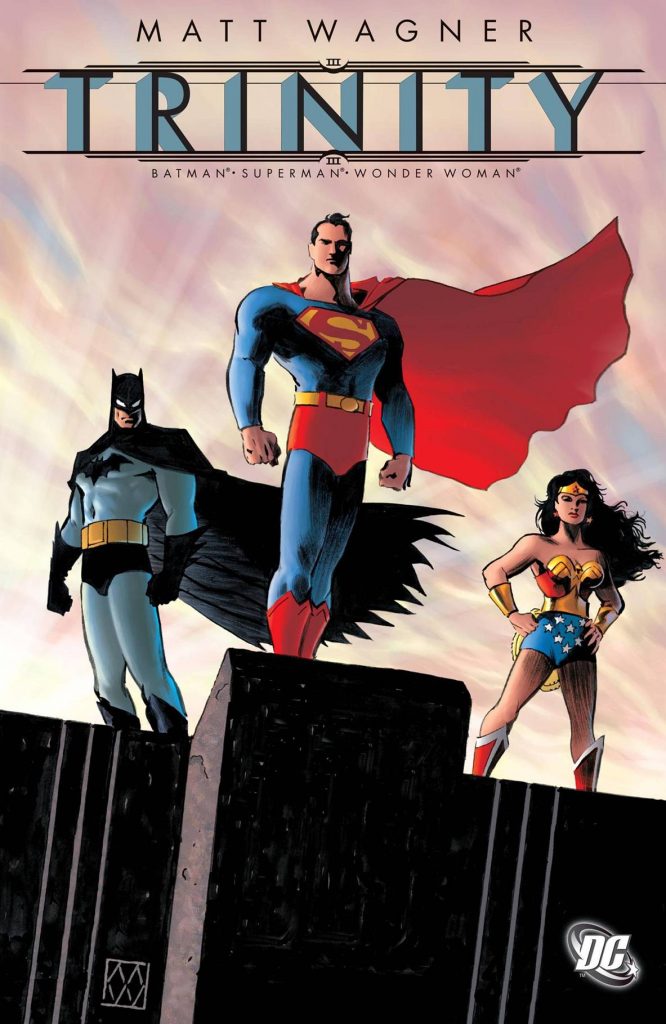 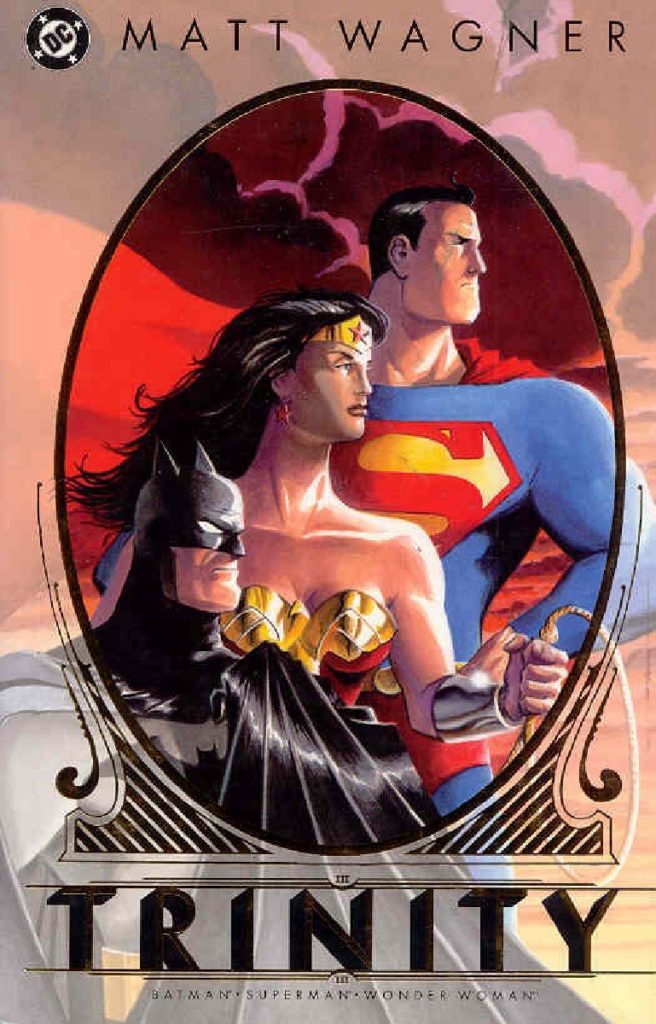 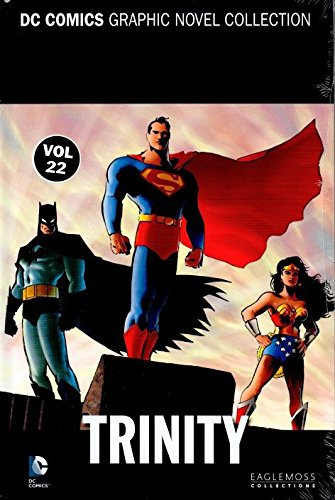 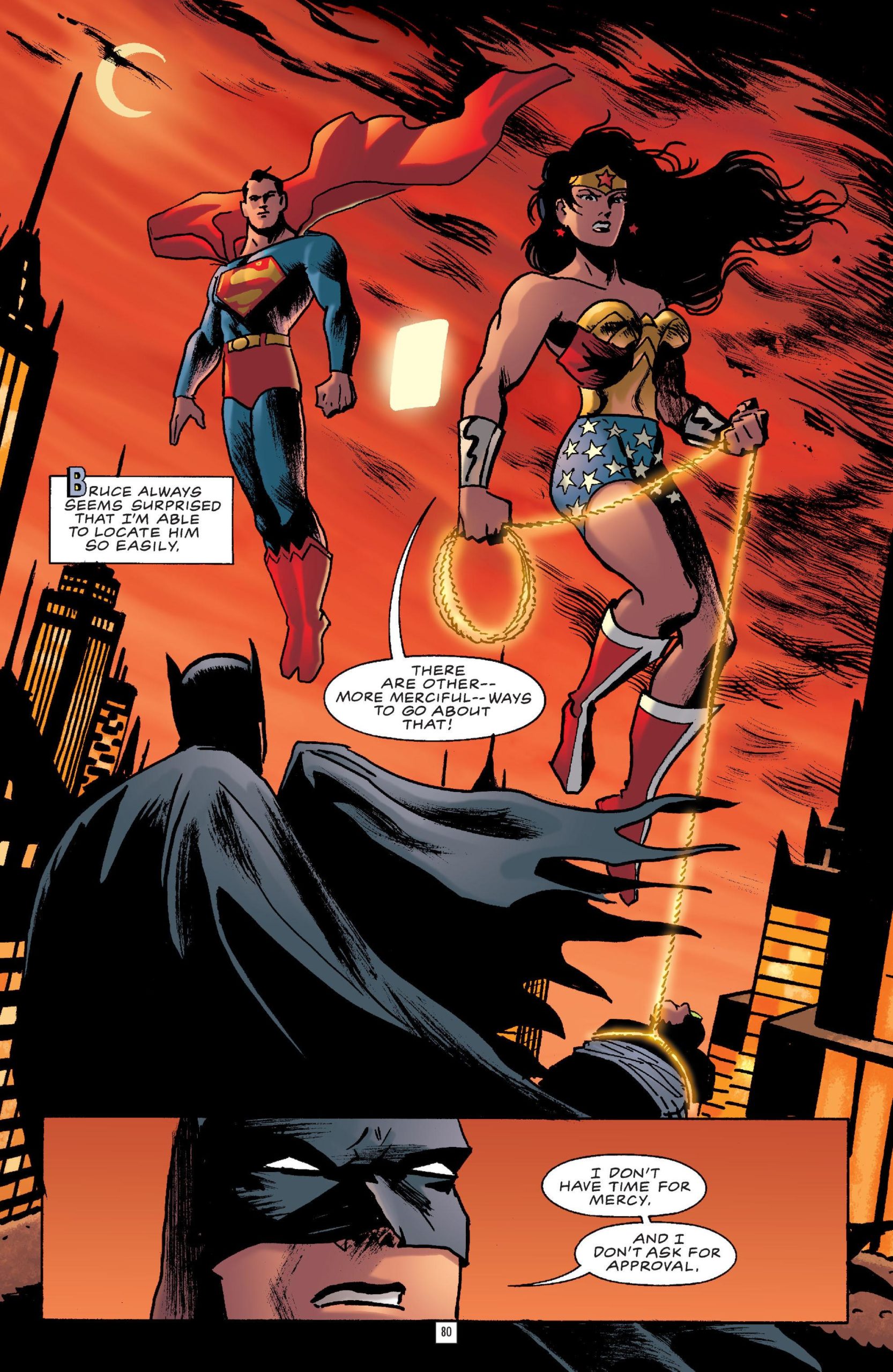 Batman, Superman and Wonder Woman are DC’s most iconic superheroes. The most recent of them has logged up almost eighty years of publication, and in all the years since they first appeared DC hasn’t introduced another character approaching their popularity, staying power and commercial viability. Yet the story of their first joint meeting hadn’t ever been revealed. Step forward Matt Wagner.

He begins by establishing that Batman and Superman, Bruce Wayne and Clark Kent, already know each other. Their working methods differ, but there’s a respect and admiration, not the latter day distrust, and they share information. A terrorist group called the Purge is operating with significant technical knowhow at a level where they’re able to avoid being detected by either hero, and their agenda is sinister. Wagner spends a considerable time setting this up, establishing credentials, and introducing enemies of Batman and Superman before Wonder Woman enters the picture. This all occurs sometime vaguely in the Cold War era rather than when the characters were introduced in the real world, so the threat becomes a selection of nuclear missiles.

As team-up plots go Trinity is a relatively straightforward three act process of meeting, threat and finale, but it’s elevated by the thought Wagner’s put into the entire project, such as each third set in a different location, and the continual dropping of nice little touches. Remarks, incidents, and references raise smiles of appreciation. There’s a neat Robin cameo and an even better one for another superhero, the smart way Wagner draws Wonder Woman’s invisible plane, the first working of her magic lasso, the breaking of the unbreakable, Clark Kent deliberately missing his train a few mornings each week, and are we really seeing Wonder Woman early on? There are so many of these pleasing touches, that the above list only scratches the surface. In order for Trinity’s plot to work, and for us to care, the heroes have to have weaknesses, and these are just as well considered as the remainder.

Wagner’s art is complex, yet morphing to simplicity when simplicity best suits his purposes. The locations are nicely realised, and there are some iconic illustrations of the heroes. Dave Stewart’s colours are very important in generating the necessary moods, dark for Gotham and light for Metropolis and Thermiscyra, and don’t be put off by the strange looking Wonder Woman costume on the cover of the 2017 reprint.

The narration switches between the three lead characters, and Wagner has a lovely light touch with this as well. He’s dealing with three supremely confident individuals, and there are frequent occasions where they indulge each other, saying nothing, but thinking much. A betrayal toward the end is taking the easy route, and there’s a very clumsy scene between Batman and Wonder Woman that cries out for more explanation than it gets, but otherwise Trinity is one smart story. After all these years it’s very difficult to make something new of anyone with Batman, Superman and Wonder Woman’s pedigree, and while Wagner doesn’t achieve that he manages the next best thing of making us think about them differently. Marvel and DC toss out deluxe hardcovers of almost everything these days, but Trinity is a story where you might want to consider that format.

Just in case there’s any confusion, it’s worth mentioning the Roman numeral on the earliest printing’s cover refers to the three characters, not to this book being the third volume of a trilogy.