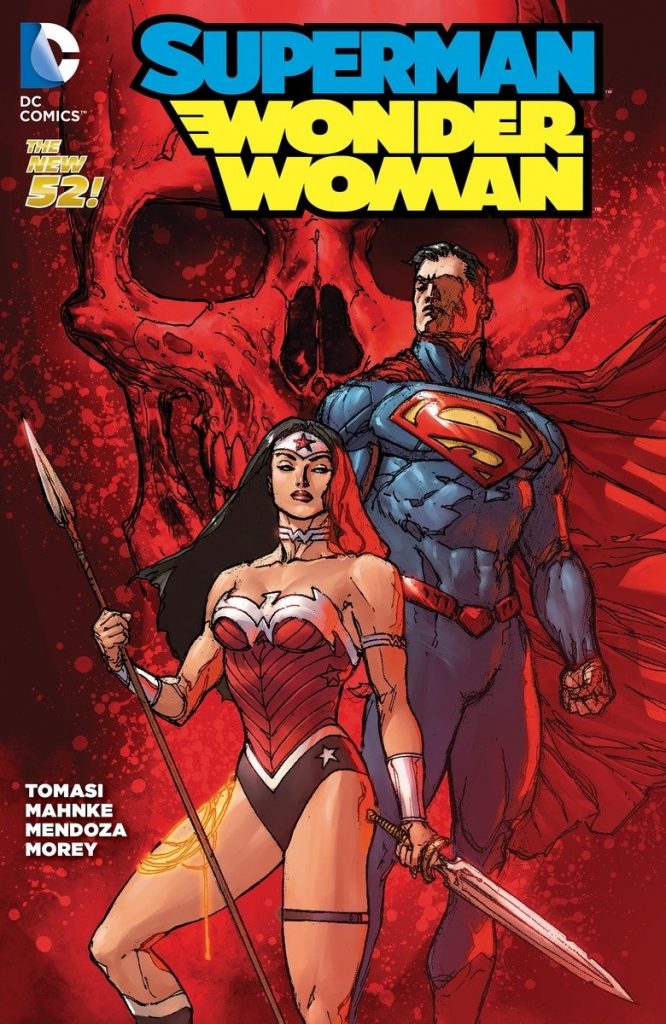 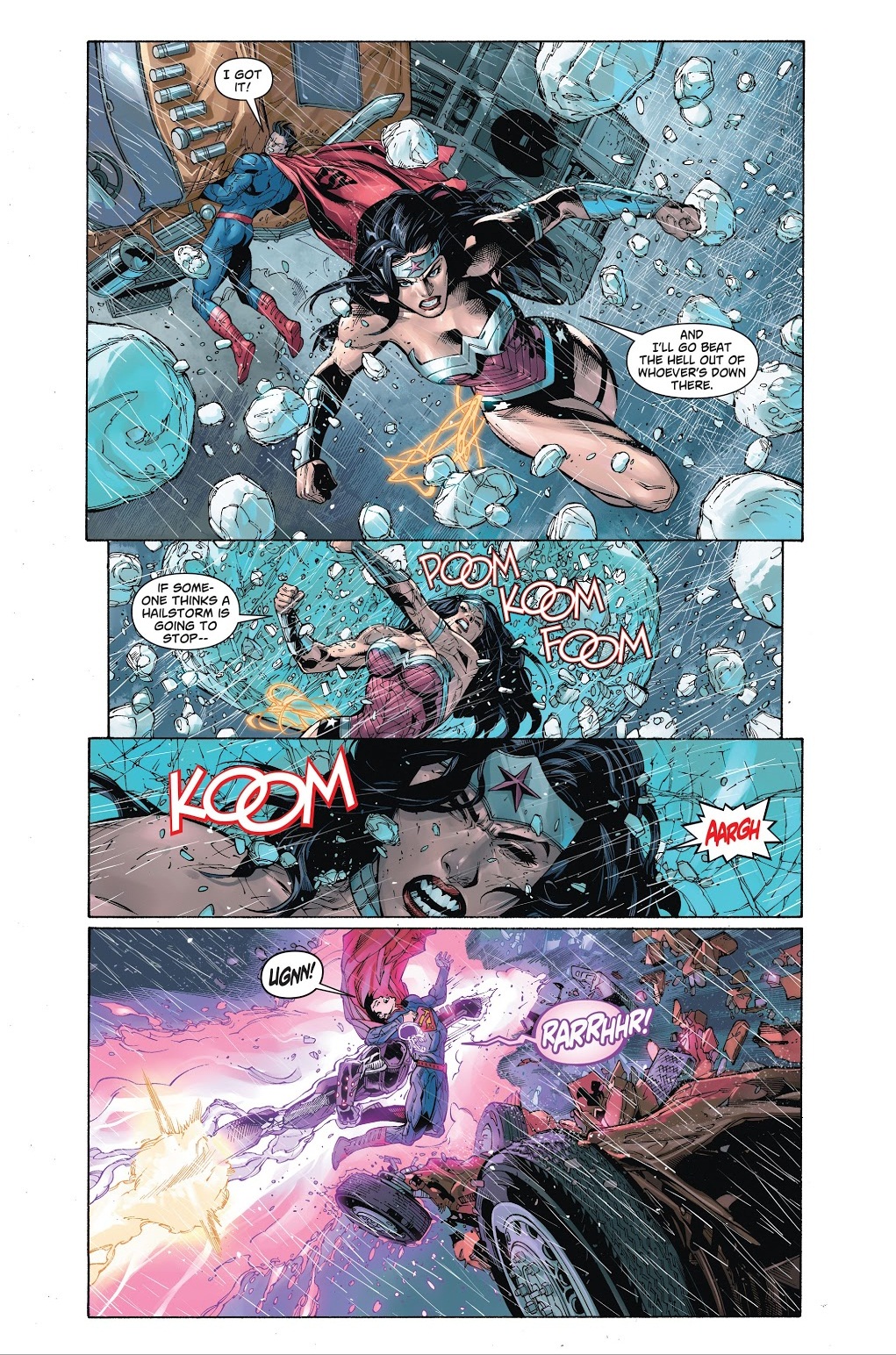 When DC rebooted their continuity in 2011 they instituted a relationship between Superman and Wonder Woman. Whether you consider this a viable evolution of power attracting power, or poorly conceived editorial speculation, the previous War and Peace failed by almost all critical standards, especially inflicted by crossoveritis. We now have a new creative team of Peter J. Tomasi and Doug Mahnke. Instituting an improvement would be the minimum requirement, but accompanied by some first rate art, Tomasi manages much better.

He begins with a neatly devised sequence highlighting the different approaches of what are, to all intents and purposes, aliens in the USA. Wonder Woman’s militaristic attitude encompasses grudging protection of a humanity she believes weak, while Superman adheres to the adage of great power conferring great responsibility, not minding his protective role. This doesn’t mean he’s naive. The bigger plot concerns a new and powerful superhero, Wonderstar, shown by Tomasi to be less than pure of intent before Superman and Wonder Woman meet him. The revelation may seem just a set up, but Tomasi holds a surprise back as well. Also pleasing is the way situations evolve naturally to prevent two of the most powerful people on Earth being able to act effectively.

Mahnke straddles a fine line. In one sense Superman and Wonder Woman radiate power, but it would be a mistake to draw them with inflated muscles and stature as that would diminish Tomasi’s efforts to equate them with humanity. He works with that to deliver spectacularly energetic battle sequences anyway, while Tomasi ensures the people our pair face are a match for them. Also included is a DC hero of recent vintage who’s not been seen for a while, and Ed Benes draws flashback sequences explaining how certain feelings developed, and why they might be justified.

By the closing chapter it’s apparent how well Tomasi has set things up in his opening sequence, and one of his villains feeds into the discussions of responsibility laid out there. Casualties of War completely turns around an ailing series and conveys a lot of hope for it continuing to entertain over the next two volumes, starting with Dark Truth.

The package is completed with the covers and variants to the serialised issues, and Tomasi’s script and Mahnke’s breakdowns for the first few pages.