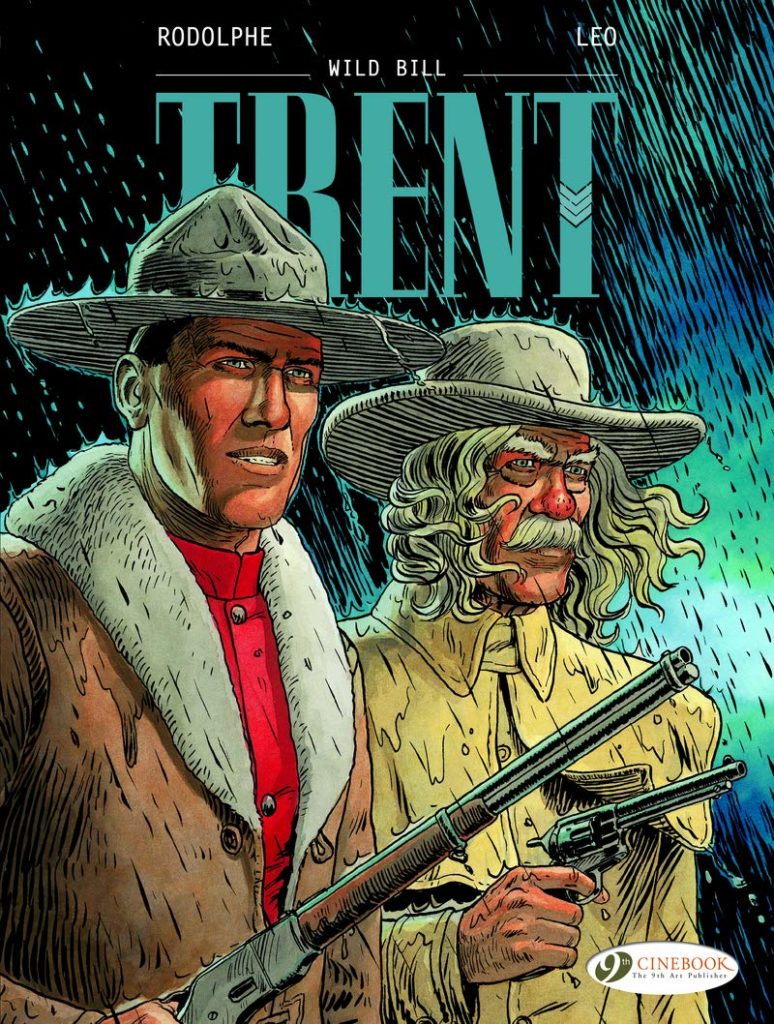 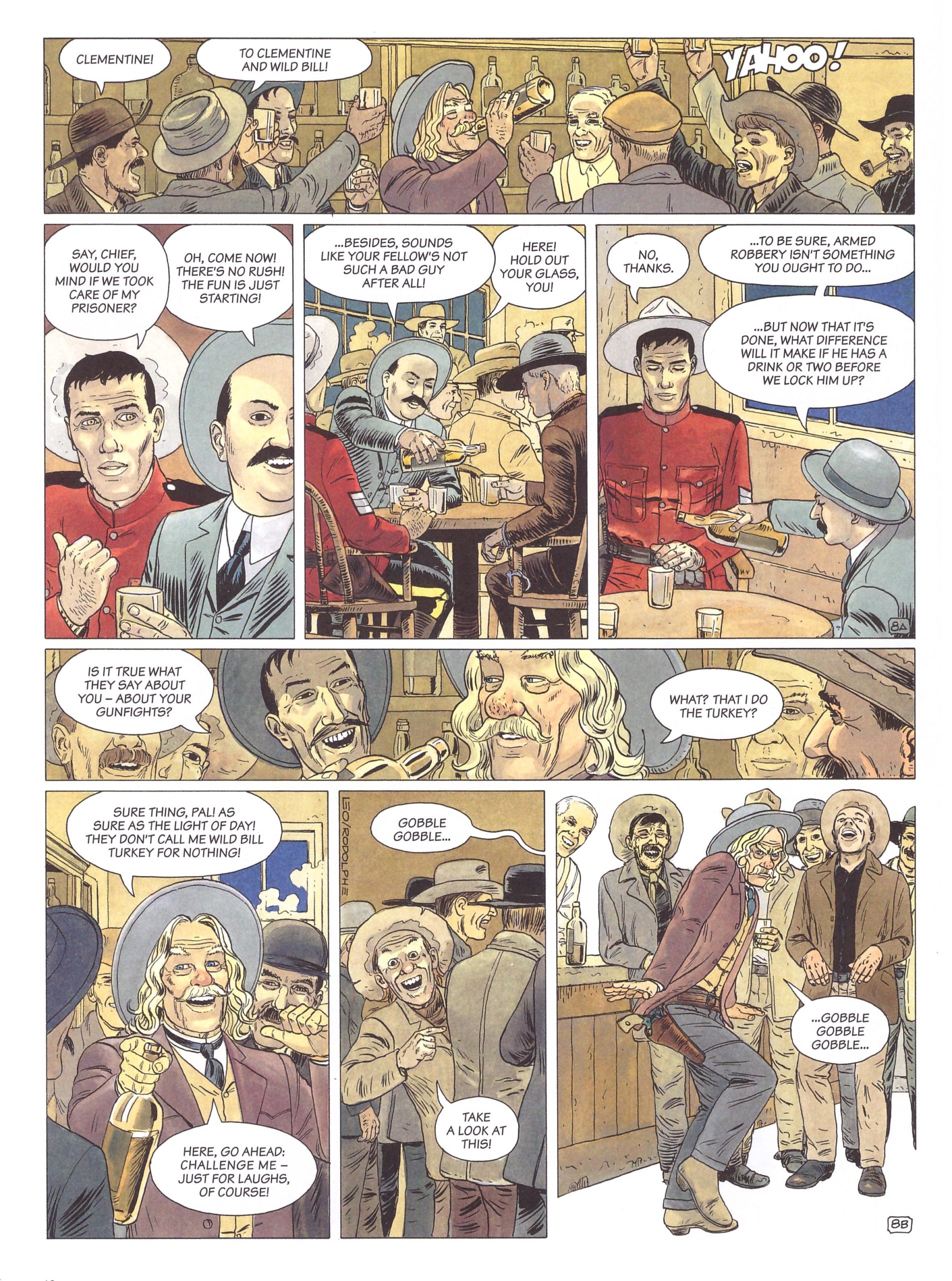 A fifth Trent album translated, and Wild Bill proves to be another gem. Although Trent is a Canadian mountie, Rodolphe (Jacquette) continually toys with the legends of the American West, the transposed setting and different implementation of law offering a refreshing twist. This time Rodolphe sets his sights on the myth of the unbeaten gunfighter. The title and cover illustration may hint at Wild Bill Hickok, but this is Wild Bill Turkey, so known for distracting potential assailants with a turkey dance before shooting them. It’s a strange choice to pull so near a real historical character, then pull back again when the plot could have worked equally well without pulling near in the first place.

We join Trent escorting a prisoner back to Winnipeg for trial. As ever, Rodolphe keeps Trent almost unknowable. We know of his devotion to duty, and of his suppressed passion for Agnes, again well exploited by Rodolphe, but otherwise, even after five albums Trent himself is almost a blank slate. This isn’t detrimental, and in fact adds suspense as it makes him and the series unpredictable. Artist Leo (Luiz Eduardo de Oliveira) plays into this, his Trent stoic and largely emotionless, while all around him have greater personality. He can lapse too far into posed exaggeration, the smile on one character’s face used late on would be more at home on the Joker’s face, but these errors are rare, and during the 1990s there was more life to Leo’s people, who became stiffer over time on later projects. Leo defines his locations beautifully, another career characteristic, instilling a wonder at nature, and he includes some lovely whimsical touches, such as a dog being used to pull a small trolley.

Ultimately what’s occupying Rodophe’s mind are the options open to an ageing gunslinger aware there’s always going to be someone targeting them just for the reputation of having shot them. A trick from a Clint Eastwood film is neatly adapted, but prioritising Wild Bill’s plot means there’s no real closure to another. It could be said that such is often the way of life, and Trent is a Western routinely kept within the bounds of reality, but some may find it unsatisfying. Don’t become too hung up on that. Above all Trent prioritises atmosphere, and Wild Bill has plenty of that all the way to a brilliantly awkward final page. The Sunless Country is next.