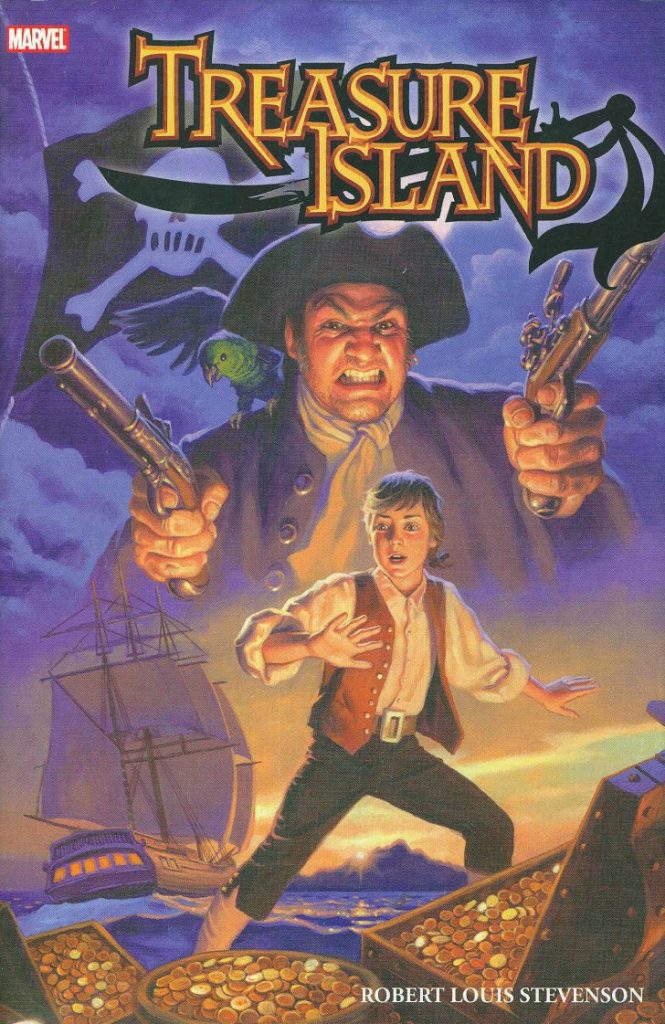 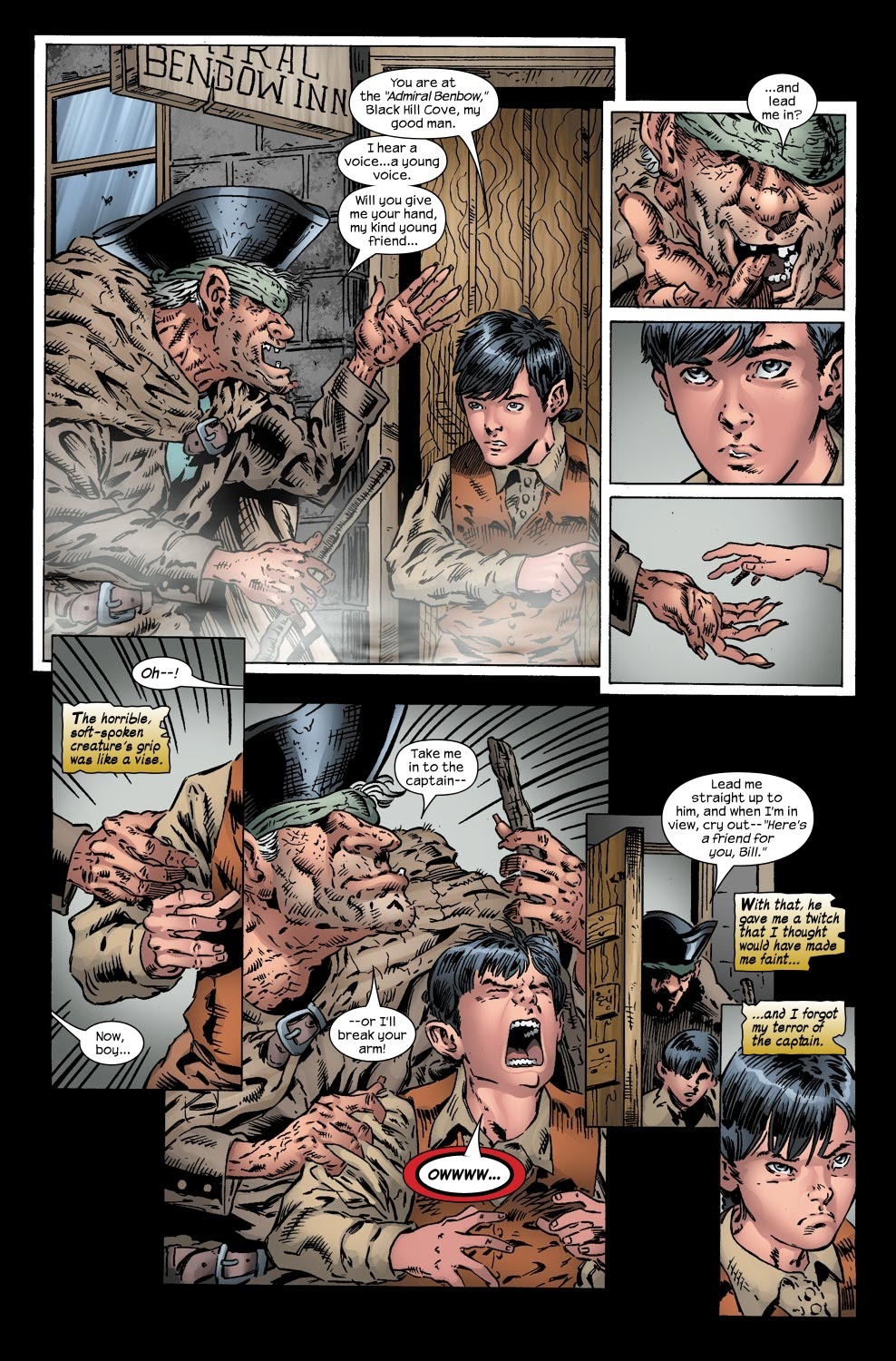 Are children today still enthralled by Treasure Island in any form? They ought to be. It remains a rollercoaster adventure, an amazingly balanced potion of thrills, horror and danger with an innocent at its heart, and Roy Thomas and Mario Gully do Robert Louis Stevenson’s imagination justice.

Young Jack Hawkins has known no other life than helping out at his father’s inn, but that all changes when pirate Billy Bones comes to stay, obviously frightened of someone, but masking it with drunken aggression. Several tragedies occur, leaving Jim with a map purporting to show the location of legendary pirate Captain Flint’s plunder. Squire Trelawny is convinced of the authenticity to the point of crewing a ship to investigate, with Jim engaged as cabin boy.

Stevenson’s story is masterfully constructed, and despite changing a few aspects, the omission of the black spot puzzling, Thomas delivers every twist and turn. Jim provides the point of view, noticing what adults don’t, and suspicions are confirmed when the ship leaves port. Hiding in a barrel he overhears the crew plotting, most of them revealed as pirates who sailed with Flint and who have no intention of letting Trelawny acquire any treasure. Stevenson’s characterisation of Long John Silver shines through, pretending to be a kindly seafarer when first met by Jim, and hideously scary when his true colours are revealed, yet not entirely without heart despite being a master of deceit.

Gully draws a magnificent set of pirates. Blind Pew is seen on the sample art, gruesome and dangerous even without his sight, and Gully ensures other pirates are equally scary. The pirates aren’t the only suspicious characters, and versions of additional cast members ensure readers unfamiliar with the story remain uncertain about them. Gully tells the story largely through the cast and their expressions, not one for presenting glorious, sun-drenched tropical landscapes, but the art is rich in personalities, and does the job.

Given what Stevenson bequeathed, only a complete idiot could scupper an adaptation, and Thomas is certainly not that. He’s aware of which scenes work best to prolong the tension in comics form, so Jim attempting to escape from Israel Hands occupies over half the fourth chapter, while much of the fifth is given to Silver asserting his authority. Allegiances switch as the greedy amorality of the pirates emerges and there’s tension all the way through this glorious adventure, well adapted. 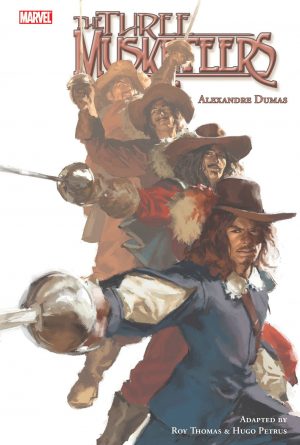 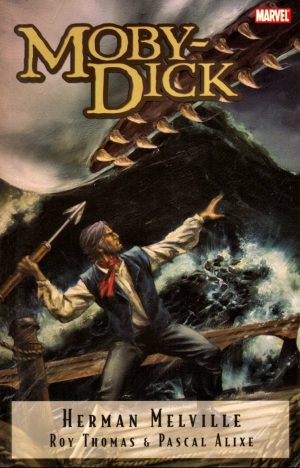