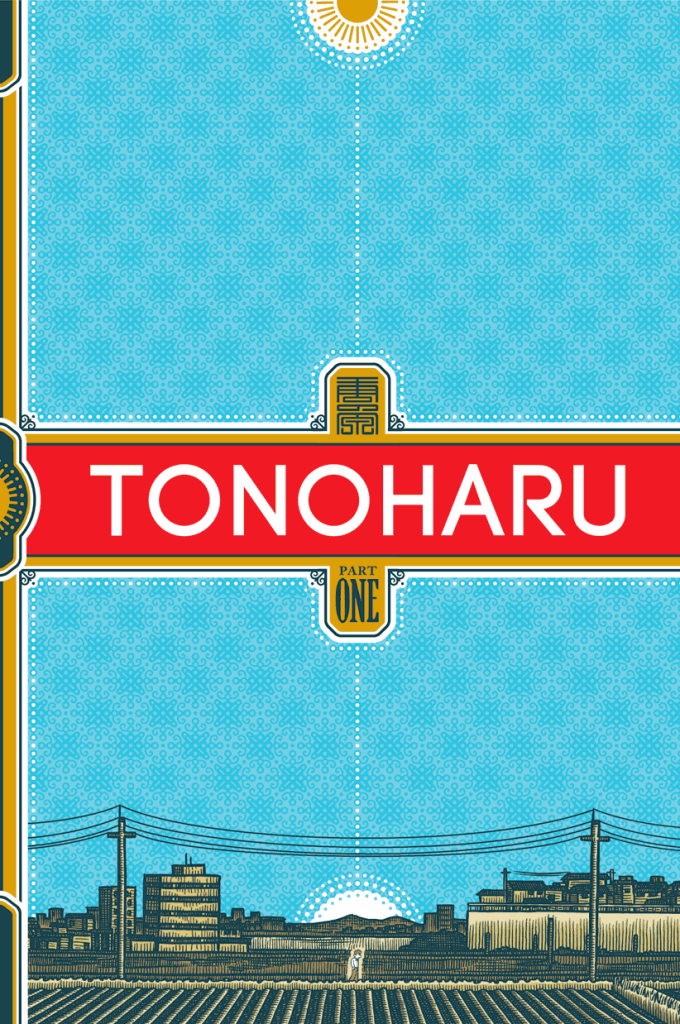 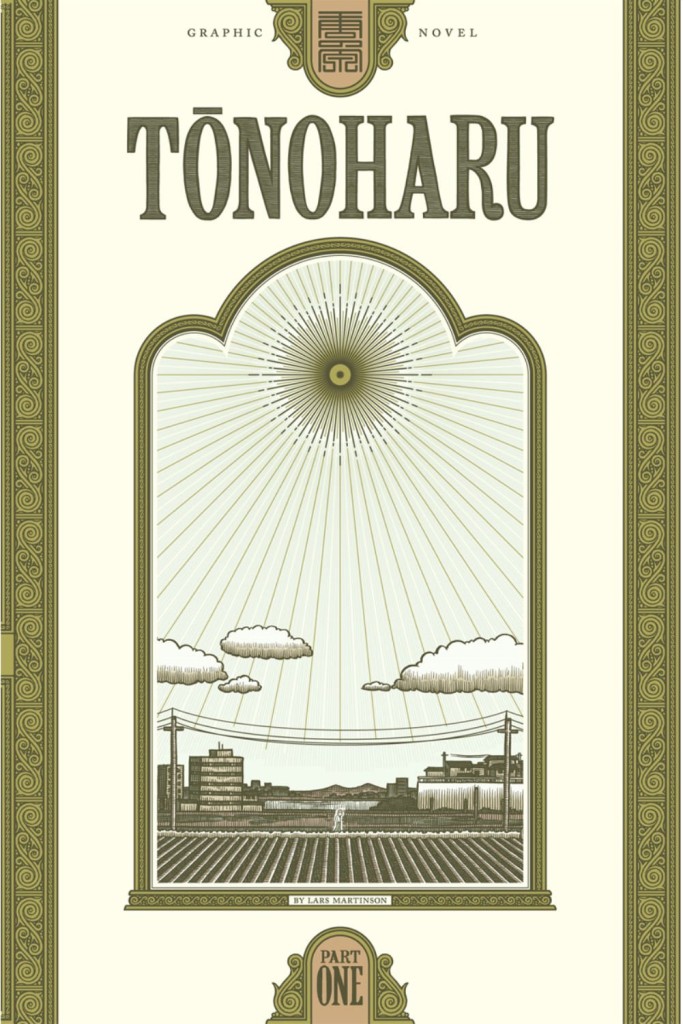 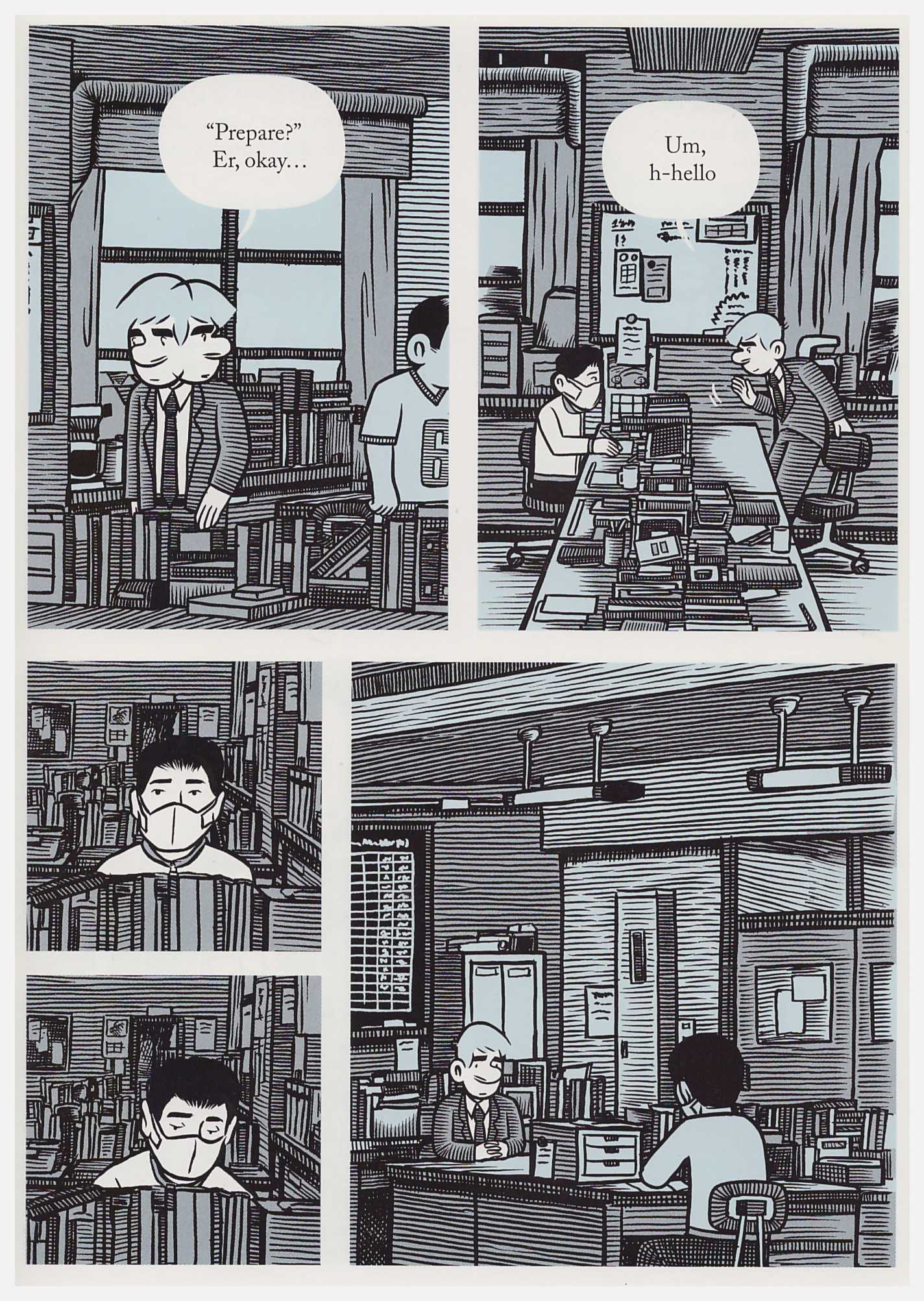 A review quoted on the back cover aptly compares Tonoharu with the film Lost in Translation. Both focus on westerners in Japan for the first time, at odds with the culture and expected behaviour, and possessing an all-pervasive sense of unease about not fitting in.

Lars Martinson’s tale of Dan Wells’ experiences as an English teacher in a remote rural school isn’t entirely autobiographical, but is very much informed by Martinson’s own period teaching English in Japan. Dan’s on the back foot almost from arrival, communication barriers erected by no common language exacerbated by the seeming indifference of most of his new colleagues.

Dan’s story is told in small stages of accretion, the detail accumulating very slowly, and this cumulative depiction of isolation does at times drag, examples being several dull and awkward conversations rendered in their entirety over several pages. Dan also remains very much the blank slate despite the entire story being related from his viewpoint. That he’s slow to make friends, and comes over as somewhat needy, is at odds with a person confident enough to leave their previous life behind and commit to a year in country thousands of miles from home.

Artistically there are no problems. Martinson employs an attractive, simple style of cartooning and the repetition of posture and backgrounds reinforces the tedium of Dan’s life. The presentation in black, white and pale blue is a nice touch. There’s no skimping on background detail either, so while Dan is always in the foreground, he populates a credible world. Dan himself is well characterised visually, nearly always quizzical or looking down, portraying a man at odds with himself and his decision.

When it comes to design it’s very apparent that Martinson is a disciple of Chris Ware. It’s obvious from the cover, but there’s thought applied to the endpapers, the gloss paper stock, and the discipline of rigidity, with four equal sized panels on almost every page. The commendable production values and design apply equally to paperback and hardcover editions.

The way Dan finds Japanese society seems to strike a particular chord with others who’ve spent a year teaching there, and his accurate portrayal of their experiences is widely commended online. Tonoharu is well drawn, if perhaps a little laboured in making points, and it’s to be hoped the pace is picked up a little in the following volume.