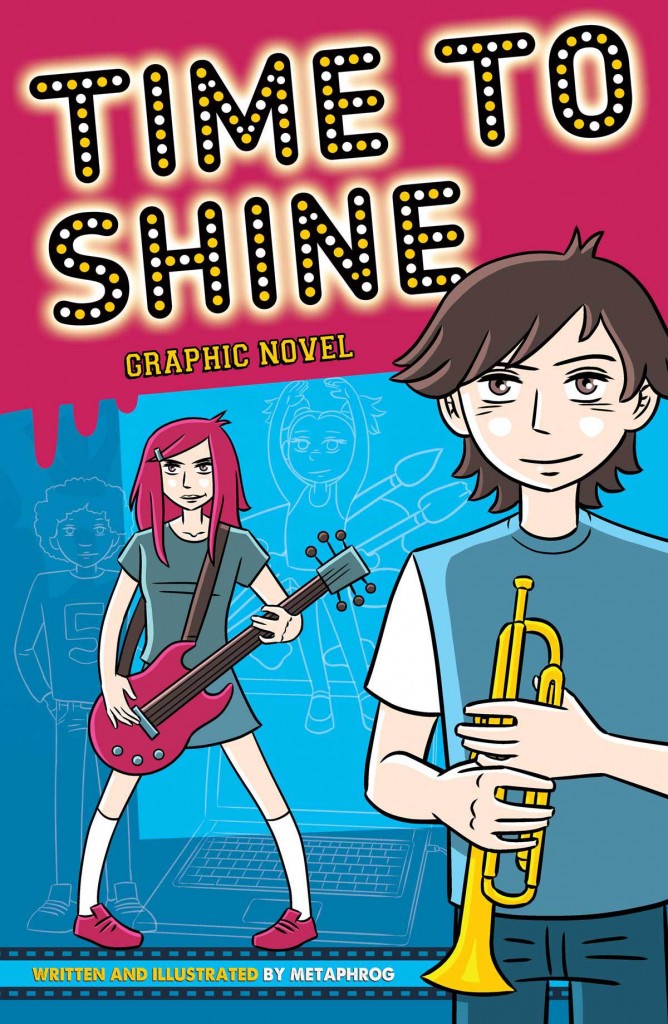 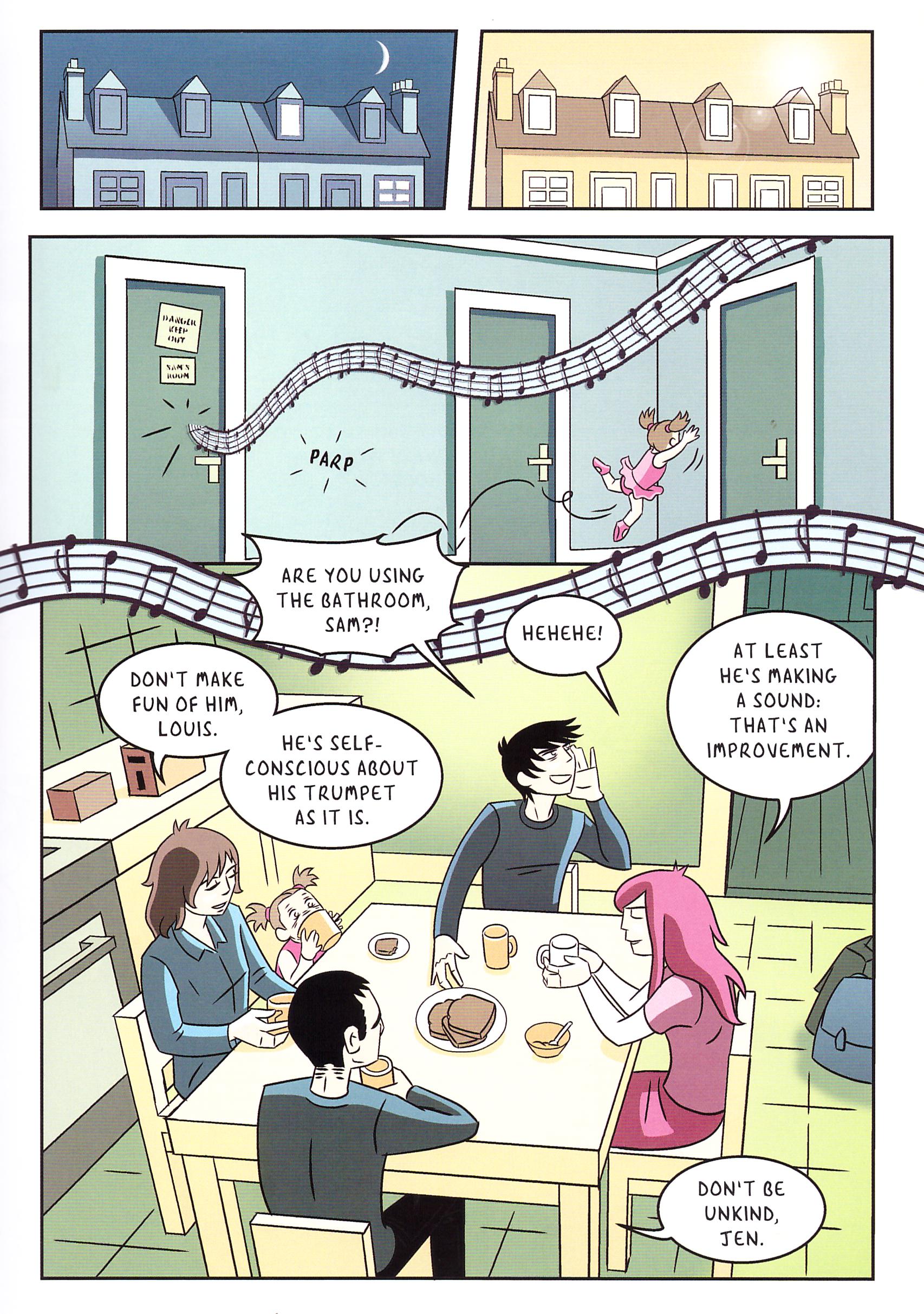 Metaphrog’s Time to Shine is a publishing oddity, created as an educational tool with a specific brief of addressing barriers preventing Scottish people aged under 25 from participating in the arts. The chronic under-funding of art, music and drama in schools could certainly be cited as a major factor, yet being published by a government-funded organisation desiring a positive message presumably prevents this being pointed out. To their credit, the closure of youth clubs is something Metaphrog highlight. A further difficulty is adhering to a brief to produce a graphic novel intended to engage anyone aged 25 or under. Metaphrog decided not to tamper with the impossible and concentrated their efforts on the young adult audience, which is surely the best use of resources in addressing minds that can still be opened.

There’s definitely an element of the inspirational “let’s do the show right here!” syndrome as a new and enthusiastic art teacher organises a talent show at Greenvale High School in the face of indifference from the older staff, and everything falls into place. It also seems to hit the obvious note time and again, but what’s obvious to a cynical old reviewer can be new and inspirational to a twelve year old child. The story concentrates on the obstacles associated with playing music, as that requires space where others won’t be disturbed, and acknowledges that plenty of practice is on the agenda before competency occurs.

The art moves away from the ornate style associated with Metaphrog, primarily via their Louis books, and is tailored to have a simple cartoon appeal for the target audience, referencing manga with the spiky hair and big eyes. It’s simple, has personality and throws in the occasional oddball moment.

This isn’t a graphic novel with universal appeal, and never intended as such, but it was distributed free, and shown to the right person doubting themselves it could prove inspirational. Find out more about the creative process via the Metaphrog blog.