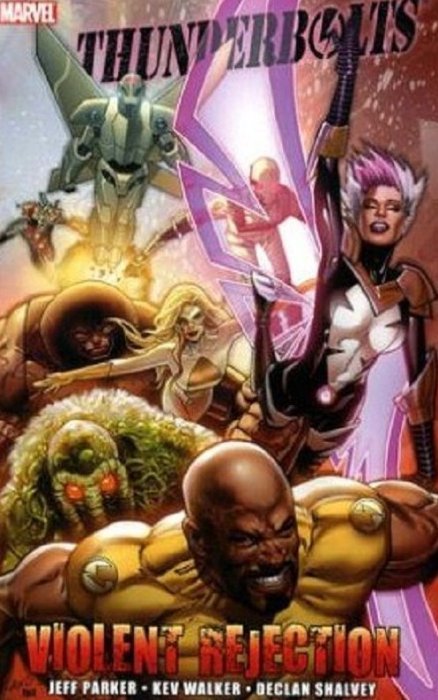 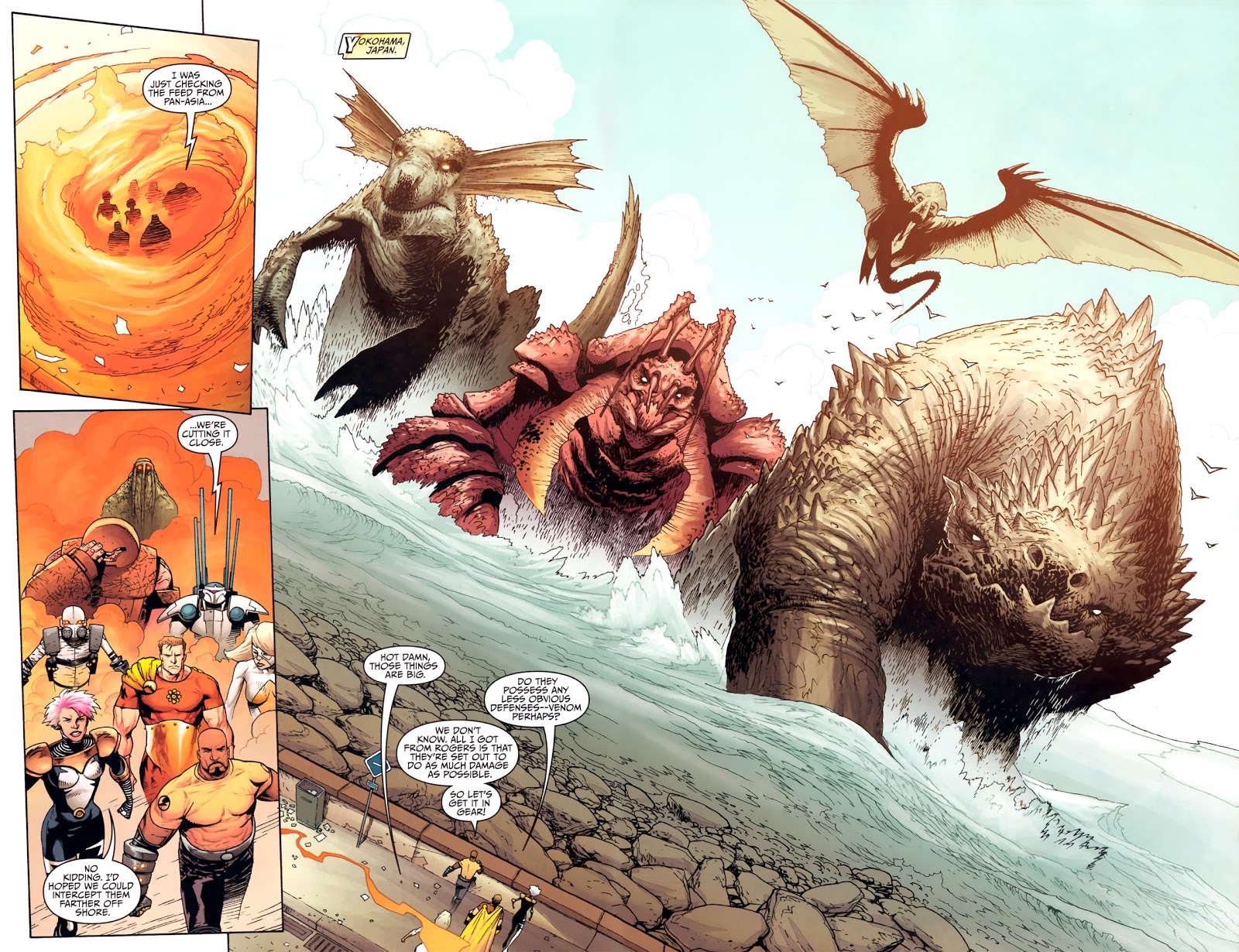 Over three previous collections of Jeff Parker’s Thunderbolts there’s been some good and some not so good, but Violent Rejection is a dazzling set of superhero stories. They’re varied, thrilling, funny, conceptually interesting and showcase the wonder we want from superheroes in action.

How much did Kev Walker enjoy drawing the giant monsters featured in the first story? Just look at the joyous sample art, the sheer imposing scale of the creatures neatly established. Who wouldn’t want to see superheroes beating up massive monsters? That’s fun to start with, but Parker throws in the complication of new team member Hyperion, introduced at the end of Shadowland. The effect is like having Superman on the team, but there’s an uncertainty about whether he’s genuinely a nice guy mistaken for an evil counterpart, or if he’s malevolence incarnate with Superman’s powers. It’s a conundrum pleasingly developed over two chapters.

This is truly a chocolate box selection of superhero stories, the variety enticing. There’s a Man-Thing solo chapter where he’s in effect dealing with Predators, a tale where it’s decided the team need a member with mystical powers, the recruitment process for a reserve team of Thunderbolts, and the first team facing off against a century old gothic horror. Pretty well all of it is fast-paced entertainment with neat personality touches and some great comic timing and dialogue. In context, “so now we gotta better idea of what they can do” is a great line.

Walker’s art is still everything we want it to be apart from the way he objectifies some women. He’s inherited the sleazy costume one of them wears, but there are ways it could have been drawn more discretely. Declan Shalvey is back for the Man-Thing story, as impressive as he was in the previous collection, and he also contributes some pages to the final chapter. This ends on a cliffhanger, which is unsatisfying, but after the fun supplied here surely anyone would be picking up Fear Itself anyway.