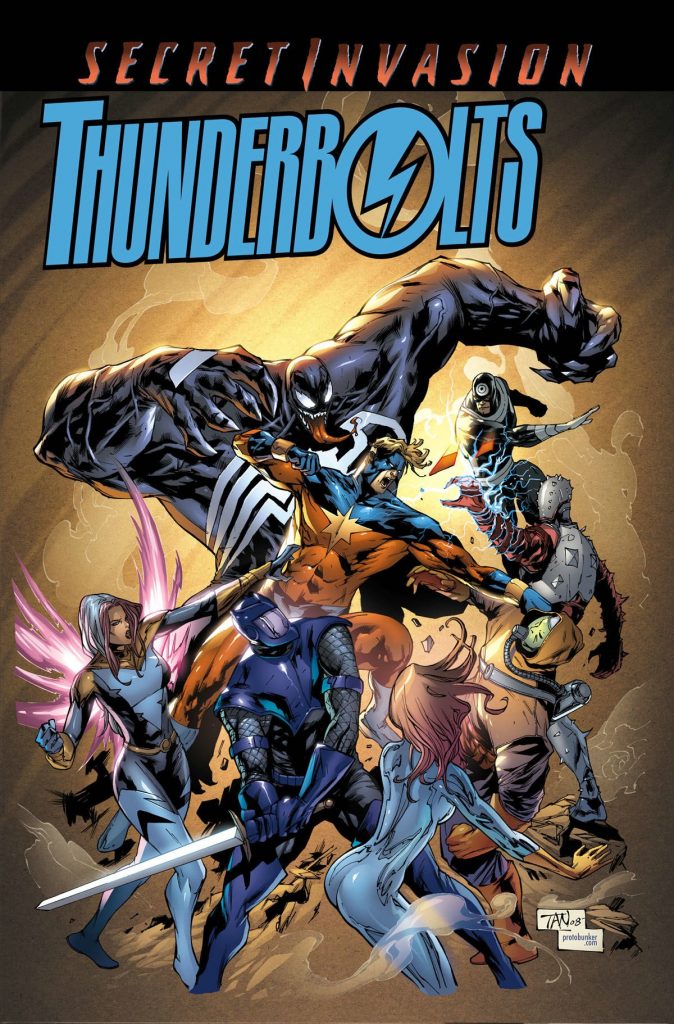 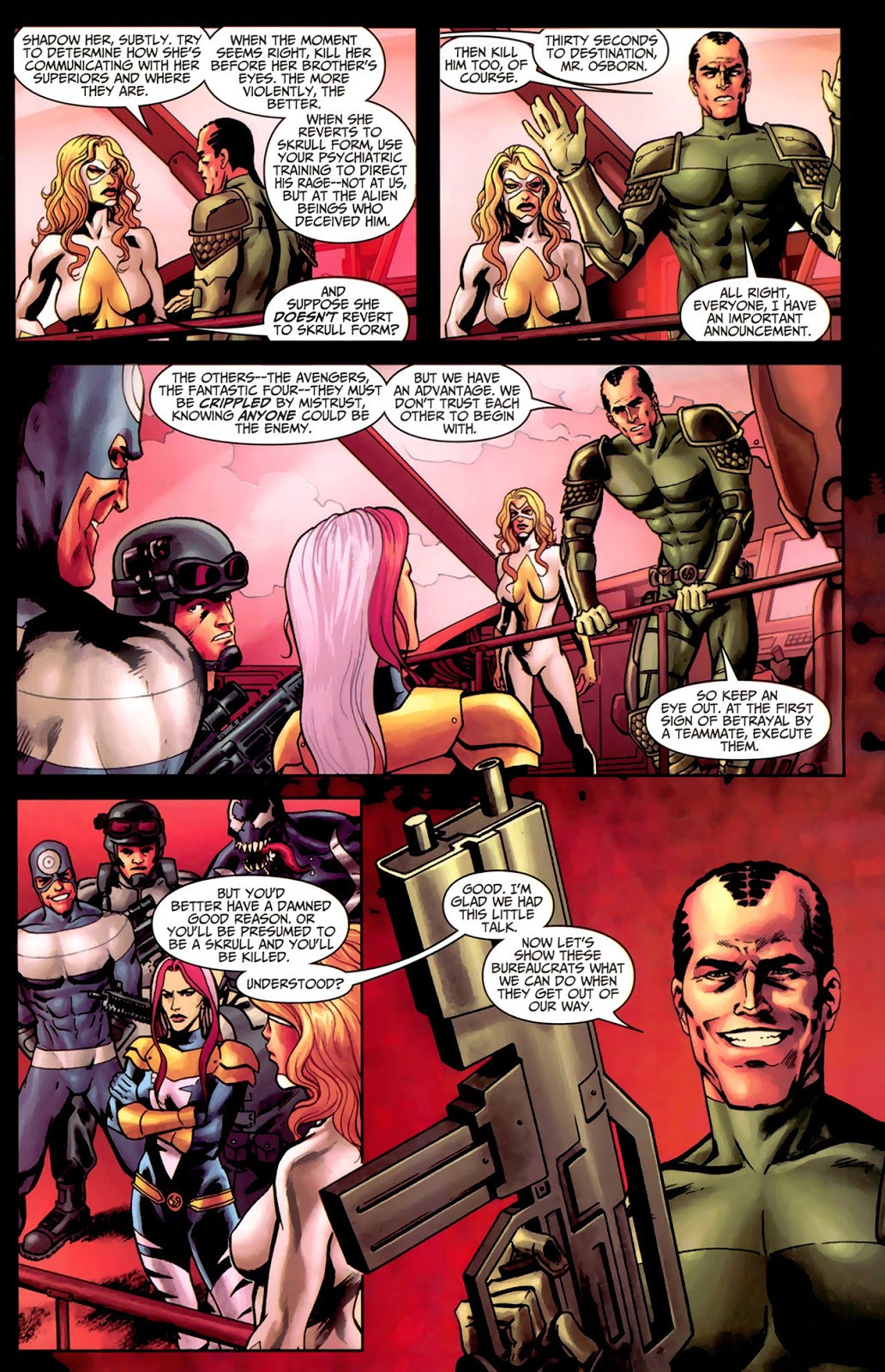 In Thunderbolts continuity Secret Invasion follows the work of Warren Ellis and Mike Deodato, which concluded with Caged Angels, and it reads as if by inclination or editorial demand Christos Gage has been asked to skate as close as possible to Ellis’ style. Fernando Blanco is the best of the artists, and his layouts mimic those supplied by Deodato. The result is that much of Secret Invasion reads as if it’s a poor imitation. Gage seizes on the established characters, but reduces everyone to the single trait, rendering them absolutely predictable in any circumstances. A scene in the final chapter with Norman Osborn faking shame and sorrow is actually embarrassing.

During Secret Invasion Marvel heroes were replaced by alien shapeshifting Skrulls, and there was no way of telling who might be an imposter. Instead of playing with a plot that’s been handed to him, Gage dispenses with the idea of paranoia within an already paranoid and scheming team, and has Osborn deliver the simple instructions on the sample art. Before then there have been three character spotlights in the context of team action, seemingly occurring during Ellis and Deodato’s run as all are self-contained without moving any plot threads forward. None of them are good, with the appearance of Songbird’s mother a particularly poor attempt at emotional button pushing.

After the impeccable art of Deodato, this is a major step down. As noted, Blanco’s layouts start by paying homage to Deodato, but by midway through his story he’s realised how much effort that is, and his pages have devolved to distorted figures and the most basic of layouts. Also unpleasant is sexualisation of Moonstone, who might as well be naked in half his panels. Taking all that into account, Blanco is still better than Ben Oliver, who’s either extremely rushed, or lacks imagination. His pages resemble the Marvel of the mid-1990s when anyone who’d ever picked a pencil was handed a series. Brian Denham is slightly better, but again looks to have completed the story in a rush.

By the final chapters there’s barely any plot as Gage’s purpose is to fill pages in order to have the Thunderbolts arrive in New York for the final battle that ends the Secret Invasion graphic novel. Big panels are filled with obvious bickering and sloppy art, but barely move the story forward. It was always likely that anyone following Ellis and Deodato was being handed a poisoned chalice, but Gage’s work is well below second best. Andy Diggle takes over Thunderbolts next with Burning Down the House.