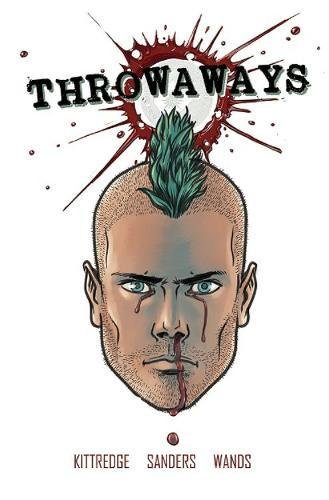 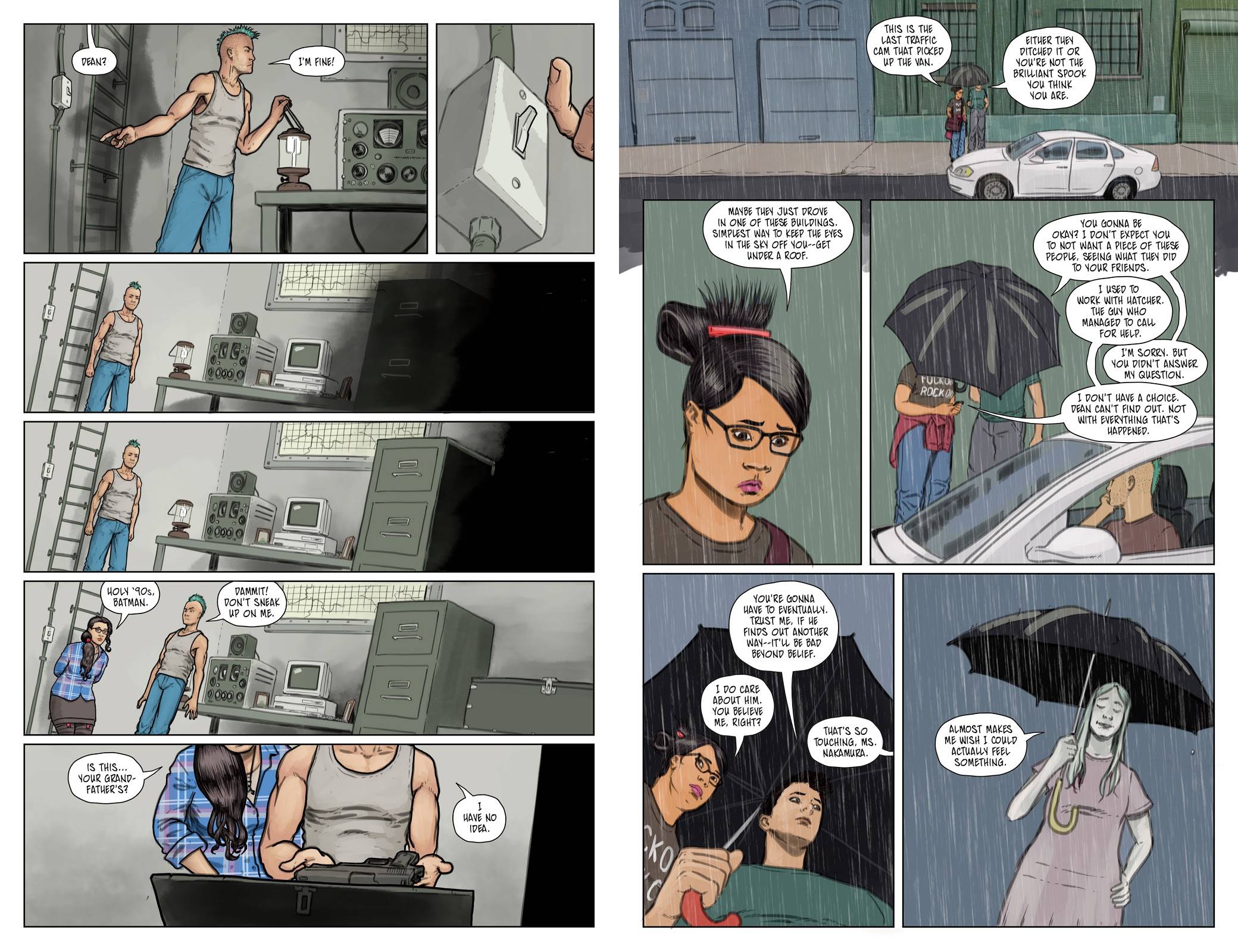 Back in the day an ethically vacant scientist experimented on human subjects, attempting to give them superhuman abilities. The successes were conditioned, activated by a pre-set code word command, then forgot what they’d done. At the end of volume one former soldier Abby appeared to have broken that cycle. The scientist, a Dr Ostrander, works for a long concealed organisation and has considerable influence and resources at her disposal, with disposal being her intention for some loose ends. These include Dean, able to move objects with his mind, and Dean’s dickweed, duplicitous father Brad

While supplying mystery, motive and action, some aspects of what Caitlin Kittredge and Steven Sanders introduced in the first Throwaways volume didn’t fully gel. The lack of a sympathetic character isn’t fatal to a story, but drives a fair wedge, and Abby, who was supposed to fulfil that role is too grim and distant even taking into account what was revealed of her past. It’s the compromised, but fundamentally well-intentioned Kimmie who assumes that role in what are essentially a series of chapters delving deeper into the main cast, explaining in a couple of cases just how they became the people we’ve seen. In the previous volume Kittredge indicated some had experienced atrocities, and here relates those incidents. While they provide a better understanding, it’s still difficult to feel any sympathy for the person who’s been relentlessly brutalised, yet turns to brutality themselves.

There are annoying problems with the art that accumulate. Too often people don’t look quite right, with strangely fixed expressions, and Sanders isn’t always clear when choreographing action. There’s still the lack of convincing background detail, the effect being a world where the cast and those they encounter are the only people who exist, and they do so in barely furnished, no-frills locations.

This is a better volume than the first, Kittredge now intriguing via a well researched bigger picture, but it’s held back by the ordinary art. Unusually, although the serialised Throwaways ran for a further five chapters, no concluding graphic novel ever saw publication, and as that stands it leaves the series as unsatisfying in this form.