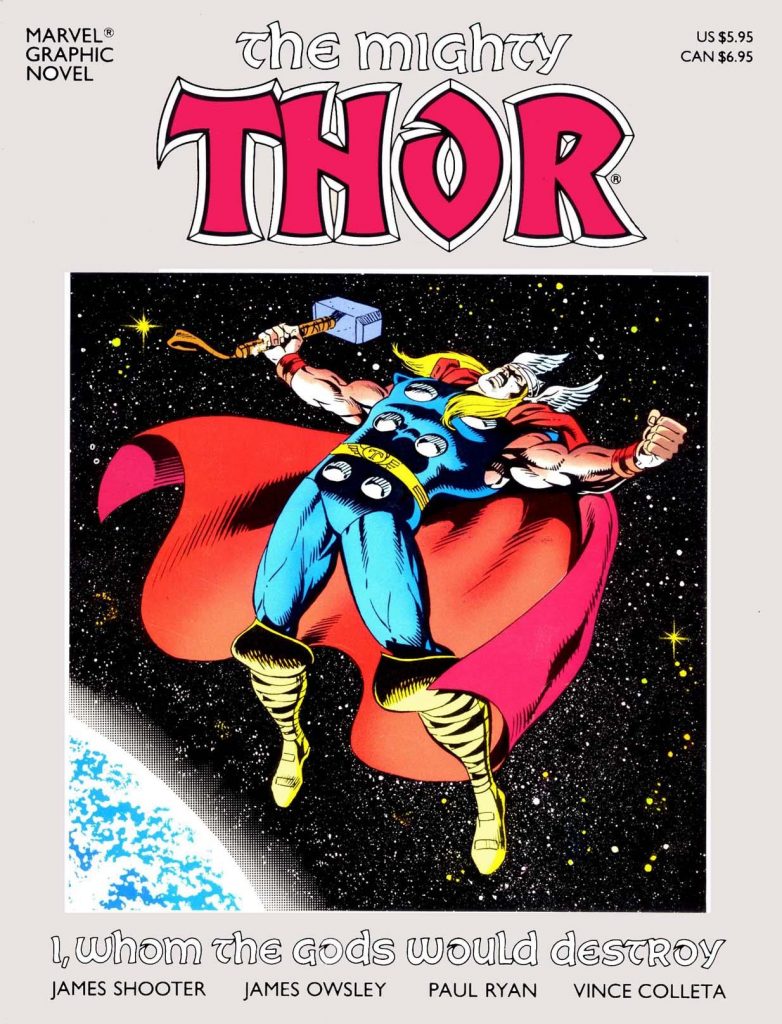 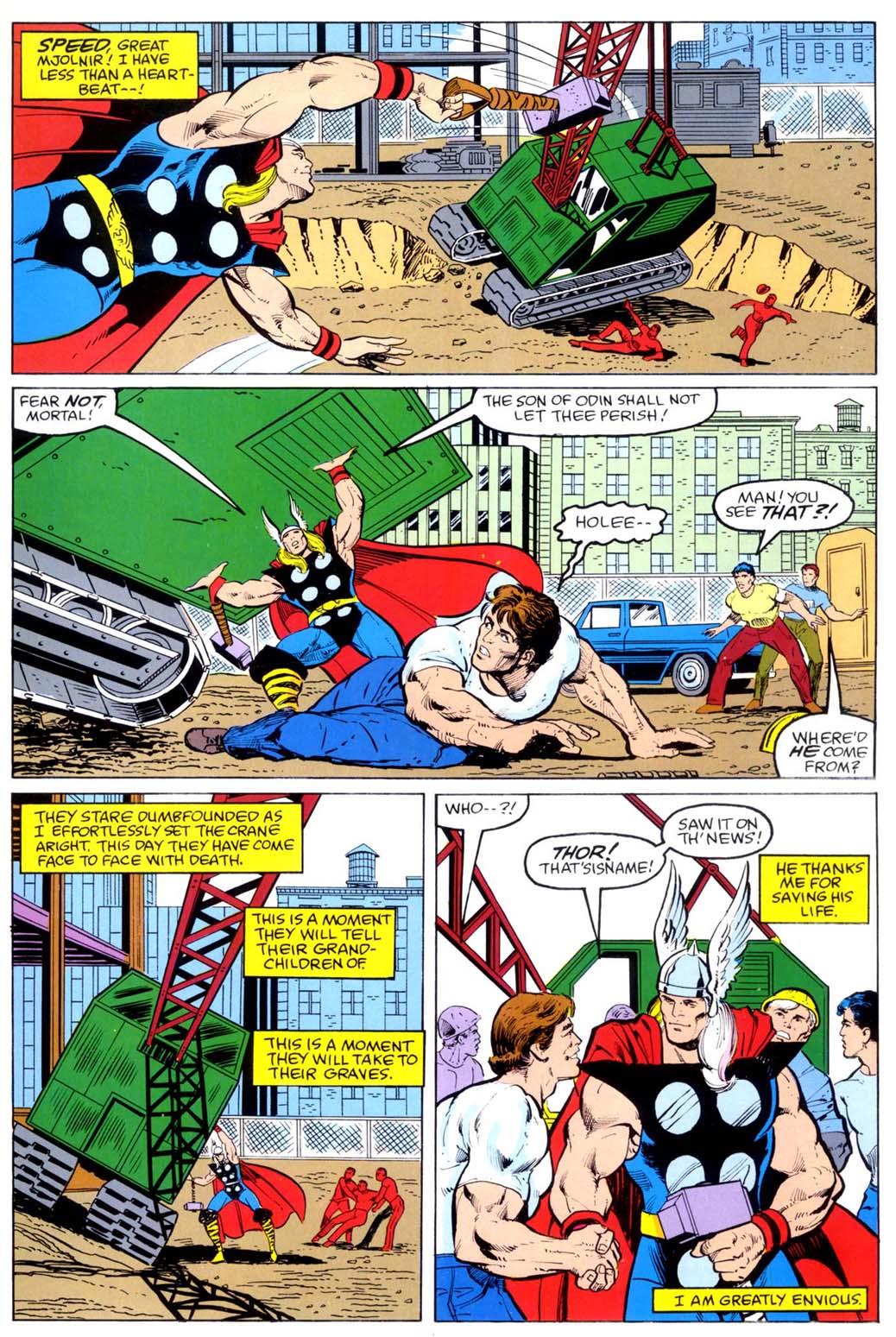 I, Whom the Gods Would Destroy surely remains unique among Thor material for its presentation of his mortal identity Dr Don Blake getting drunk in a bar before having a one night stand. It’s the dichotomy between those identities that forms the basis of the story. Blake was created by Odin as vessel in which to exile his headstrong son to Earth where some humility was to be learned, but while that occurred, Thor has come to enjoy time experienced as human to contrast his immortal existence.

There are no villains in Jim Shooter’s plot, which has Blake/Thor at a crossroads. All humans envy what they perceive as his exciting existence, yet to him it’s same old. The starting point of Blake bemoaning the loss of a patient is understandable in establishing his human concerns, but doesn’t mesh too smoothly with the existential crisis that follows, of Thor bemoaning the expectations of his father Odin, and considering himself manipulated. This is a contemplative, and at times under Jim Owsley’s script a self-pitying Thor, who in some ways harkens back to the melodrama of his earliest days, but there’s a lack of clarity in the presentation. There are surprises, but they serve as moments of tension in what’s otherwise hardly the most exciting Thor material rather than as any logical progression of character. Are the mood swings supposed to establish a bipolar personality to accompany his dual identity, one combating the other? A half-hearted suicide attempt is certainly strange, and the conclusion cohesively uniting the two identities is obvious and therefore a let down. Furthermore, there’s a disturbing subservience to the dialogue supplied for Sif, supposedly Thor’s girlfriend.

Art by Paul Ryan is efficient and clear without ever providing grandeur, and given the themes of the story this could be considered deliberate. The purpose is to accentuate the value of the ordinary and everyday, and Ryan achieves this.

Credit should be noted for a story that was very different for the times when published in 1987, but when compared to Walt Simonson’s groundbreaking work on the regular Thor series of the time I, Whom the Gods Would Destroy, is very much second best. 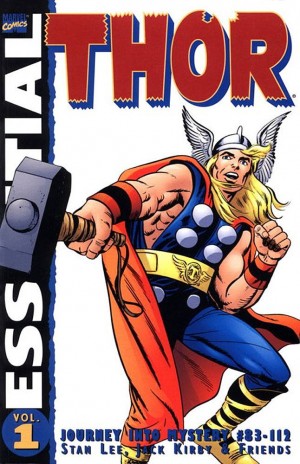