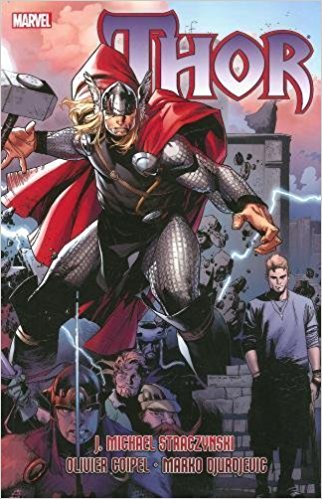 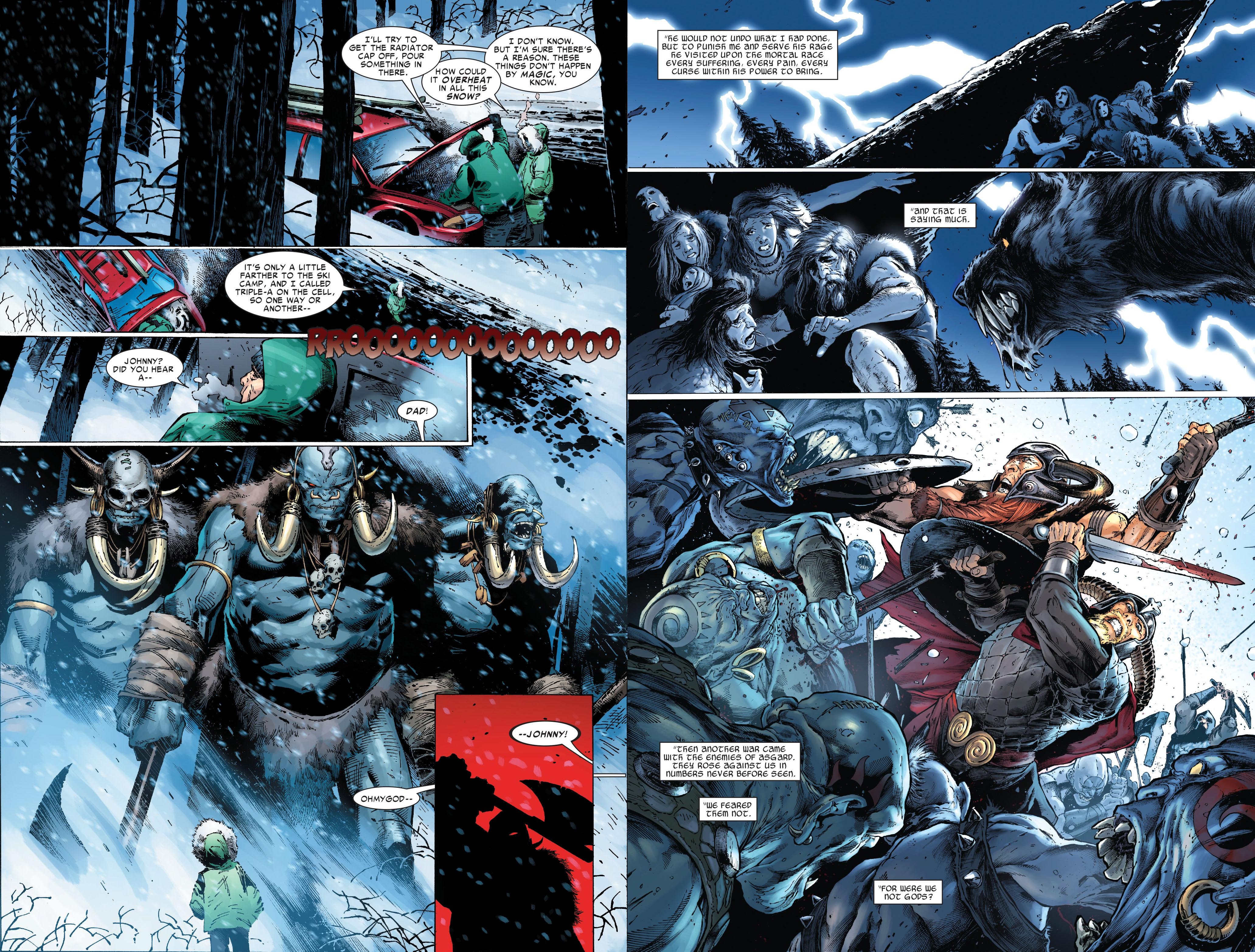 In their opening volume J. Michael Straczynski and Oliver Coipel reconfigured Thor and Asgard, literally from the ground up. Asgard no longer hangs somewhere indefinable in space, it’s suspended above the scrubland of Broxton in Oklahoma. Thor’s managed to repopulate it with most of the original Asgardians, but there’s been a couple of glaring absentees, and Straczynski addresses the fate of Odin in the opening tale.

Once ruler of Asgard, we learn how this came to be the case amid some splendid battle scenes provided by Marko Djurdjević. This rolls logically onward from the cliffhanger ending to the previous book, and cleverly addresses much of the early family issues between Odin, a young Thor and a young Loki, most of which would be transplanted wholesale to the move Thor: The Dark World. These, however, lack the gravitas of Odin’s secret, one that feeds into what Thor has so far been doing. Straczynski also investigates a questioning of purpose among the Asgardians. They’ve survived Ragnarok, what was supposed to be the end of days, so what is their purpose now? There is, of course, one among them to whom purpose has never been obscured. Straczynski’s characterisation of Loki is that of the Shakespearean villain, whispering here and suggesting there, the purpose remaining the same as it ever was.

The splendour of Coipel’s art is marginally diminished by the sheer number of different inkers used on his pencils. Mark Morales, whose inking established the look in the previous volume, works best of all, and when only he contributes there’s grace and subtlety to the pages unmatched by others.

So much of Straczynski’s work on this incarnation of Thor is plain clever. The surprises in the plot flow logically, embedded with a true dramatist’s sense of pacing, yet never obviously enough that you see them coming, and the dialogue is observational and fair crackles in places. That said, until the final two chapters this lacks the sense of wonder about the opening volume. The final two chapters, however, definitively blow away any cobwebs, on their own both five star material. The penultimate chapter concerns an arrangement between Loki and the Asgardian representation of death, Hela, which ties a knot in some plans and underlines how clever the plotting is. That’s followed by the best of Straczynski’s run, a humdinger of a battle between nigh unbeatable forces on the one hand, offering whispered lies and manipulation on the other. The spectacle is immense, and having both series artists illustrate in their different styles has a solid reasoning and adds to the spectacle. It’s the series swansong for Olivier Coipel (sample art left), who’s as dynamic as he’s been throughout, while Marko Djurdjević (sample art right) provides the viewpoint of Thor’s foe, crowded, paranoid and coloured as if afire. It’s astonishing, but can he follow it up? See volume three.

Both this and volume three are also available as the oversized hardcover Thor by J. Michael Straczynski Omnibus.