The Warlord: The Savage Empire 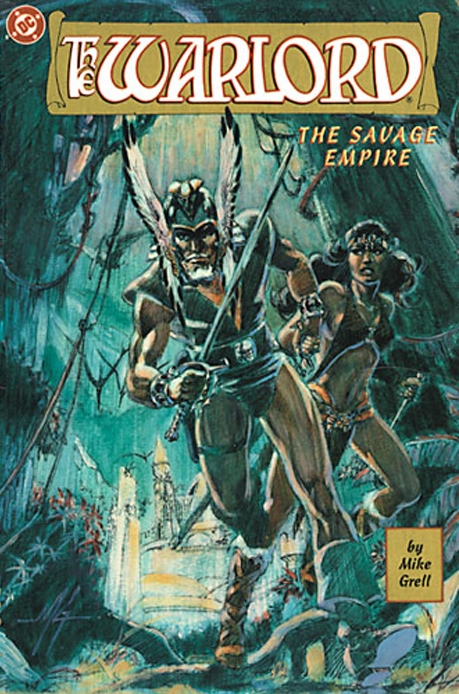 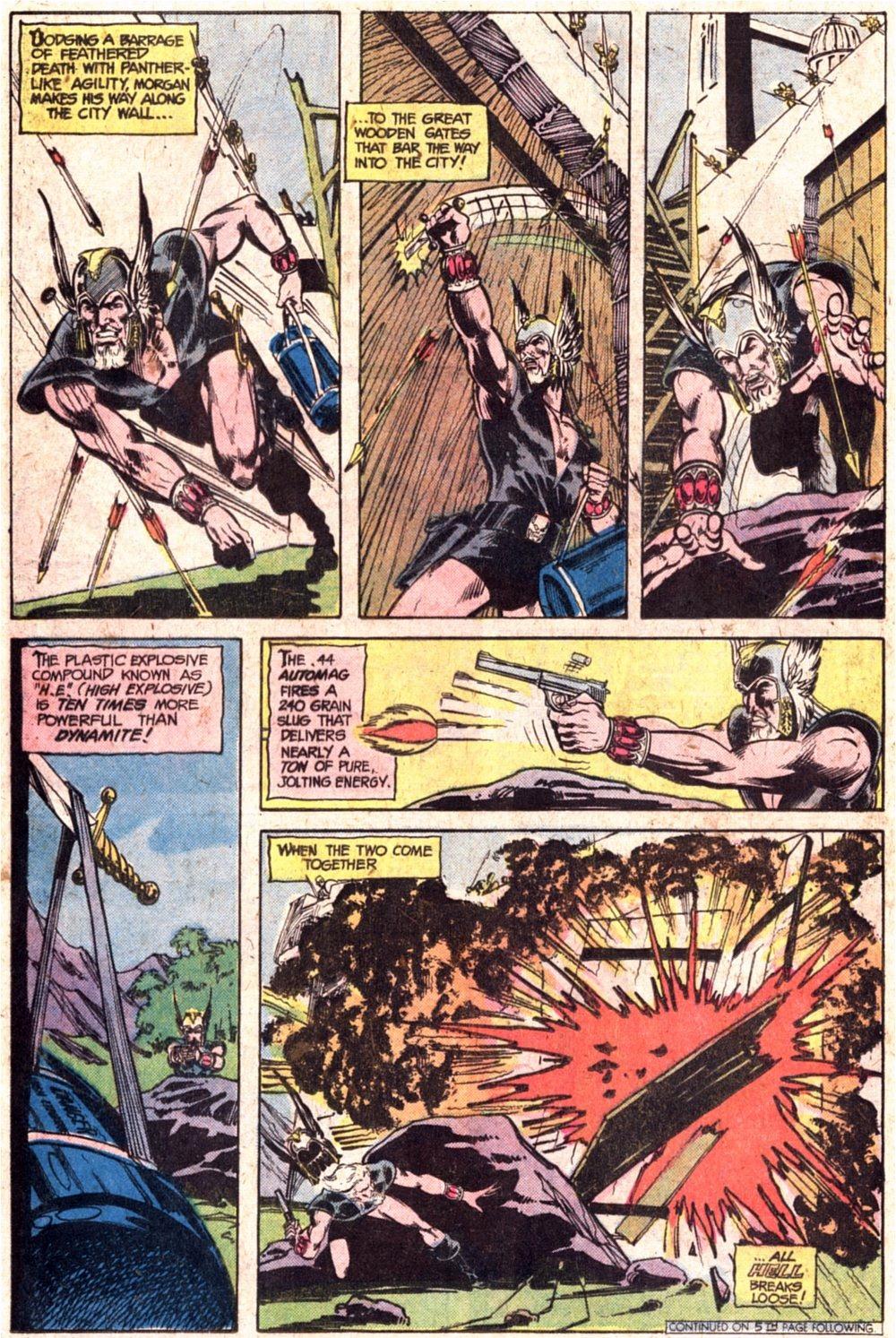 Counting the introduction in First Issue Special, Warlord ran for 134 issues between 1975 and 1988, and was briefly DC’s top-selling title, so it’s strange that only this long out of print and now hugely expensive volume remains the only colour reprint. A greater selection features in Showcase Presents the Warlord, but they’re in black and white, and also extraordinarily pricey. It sure is an advert for going digital.

Blending swords, sorcery and super-science with spectacular, visceral derring-do in the lost land of Skartaris, Warlord is Mike Grell’s pastiche, homage and tribute to Edgar Rice Burroughs’s works (particularly Pellucidar – At the Earth’s Core). Wild wonder and breathtaking thrills apply from the outset.

The Warlord is U2 spy-pilot Colonel Travis Morgan, shot down in 1969 whilst filming a secret Soviet base. The embattled aviator manages to fly his plane inside the Earth, and is marooned in a vast, tropical jungle where the sun never sets. It hosts cavemen, savages, lost races, mythical beasts, barbaric kingdoms and fabulous warrior-women.

Plunging into the madness, the baffled airman saves an embattled princess from a hungry saurian before both are captured by soldiers. Morgan is taught the language by his fellow captive Tara and makes an implacable enemy of the court wizard Deimos.

Perhaps predictably, the lost airman and the Princess of Shamballah fall deeply in love, only to be separated by slavers who leave Morgan to die. Surviving a timeless period as a galley slave, Morgan leads a revolution with Nubian warrior Machiste, earning Morgan his Warlord title in the process. He now has an army help search for Tara, and in doing so he stumbles across his downed aircraft, which is now worshipped as a god by lizard-men.

‘Duel of the Titans’ sees the Warlord’s army lay siege to Thera, freeing Tara. The reunited lovers head for her home city Shamballah, discovering ‘The Secret of Skartaris!’ in a lost temple that hides millennia-old computer records revealing the entire land to be a lost colony of Atlantis, with much of the magic of the timeless region nothing more than advanced technology. When one such dormant device rockets Morgan away, Tara thinks her man is gone forever.

‘Home is a Four-Letter Word!’ sees the displaced aviator returned to the surface-world eight years after his crash, emerging in the Andes where a multi-national excavation is being conducted. However, his CIA handlers assume he defected all these years ago, especially since one of the archaeologists is Soviet researcher Mariah Romanova. When the intransigent spies rouse a demonic watchdog Morgan’s only chance is to head back to Skartaris – with Mariah in tow.

Back in the temple, the day spent on Earth has somehow translated into an interminable time within it. Tara is long gone and Morgan elects to follow her trail to Shamballah. Stopping in the city of Kiro, Morgan and Mariah save his old comrade Machiste from the insidious horror of ‘The Iron Devil’, after which the trio voyage together: attacked by cyborg vampires from ‘The City in the Sky’ and braving ‘The Lair of the Snowbeast’ – wherein Morgan discovers a unique benefactor and a tragically brief love.

‘Tower of Fear’ has the trio aiding a maiden in distress and inadvertently restoring the underland’s greatest monster to life, after which ‘The Hunter’ pits the wandering warriors against a manic, vengeful CIA agent who followed Morgan to Skartaris.

These are pure escapist tales of action and adventure, light on plot and angst but aggressively and enthusiastically jam-packed with action and wonder. As Morgan himself constantly says “in Skartaris, always expect the unexpected”.