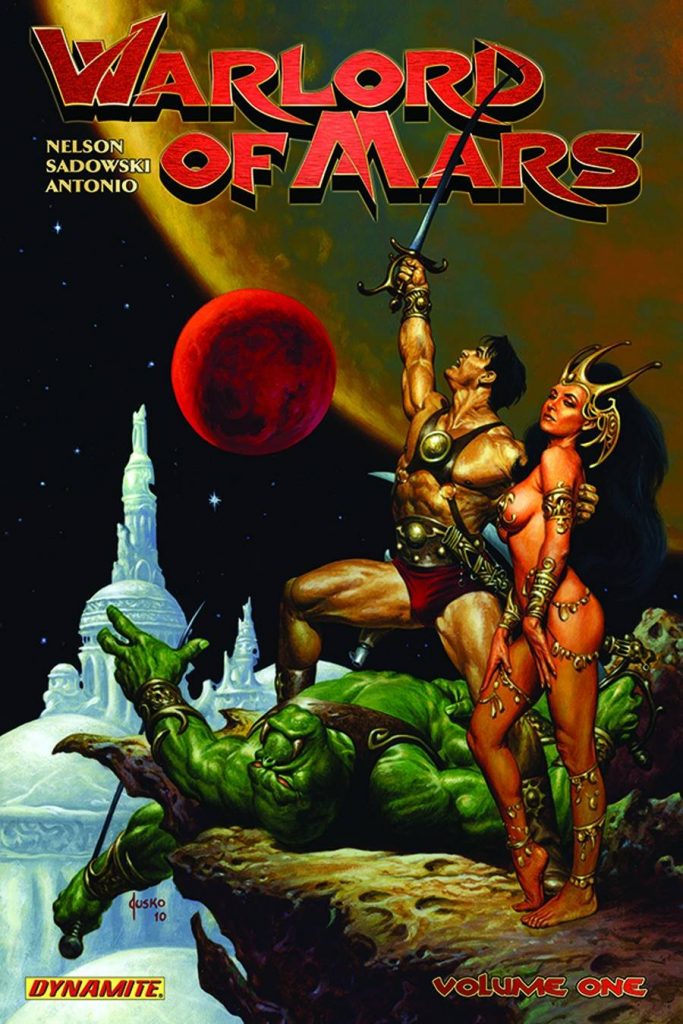 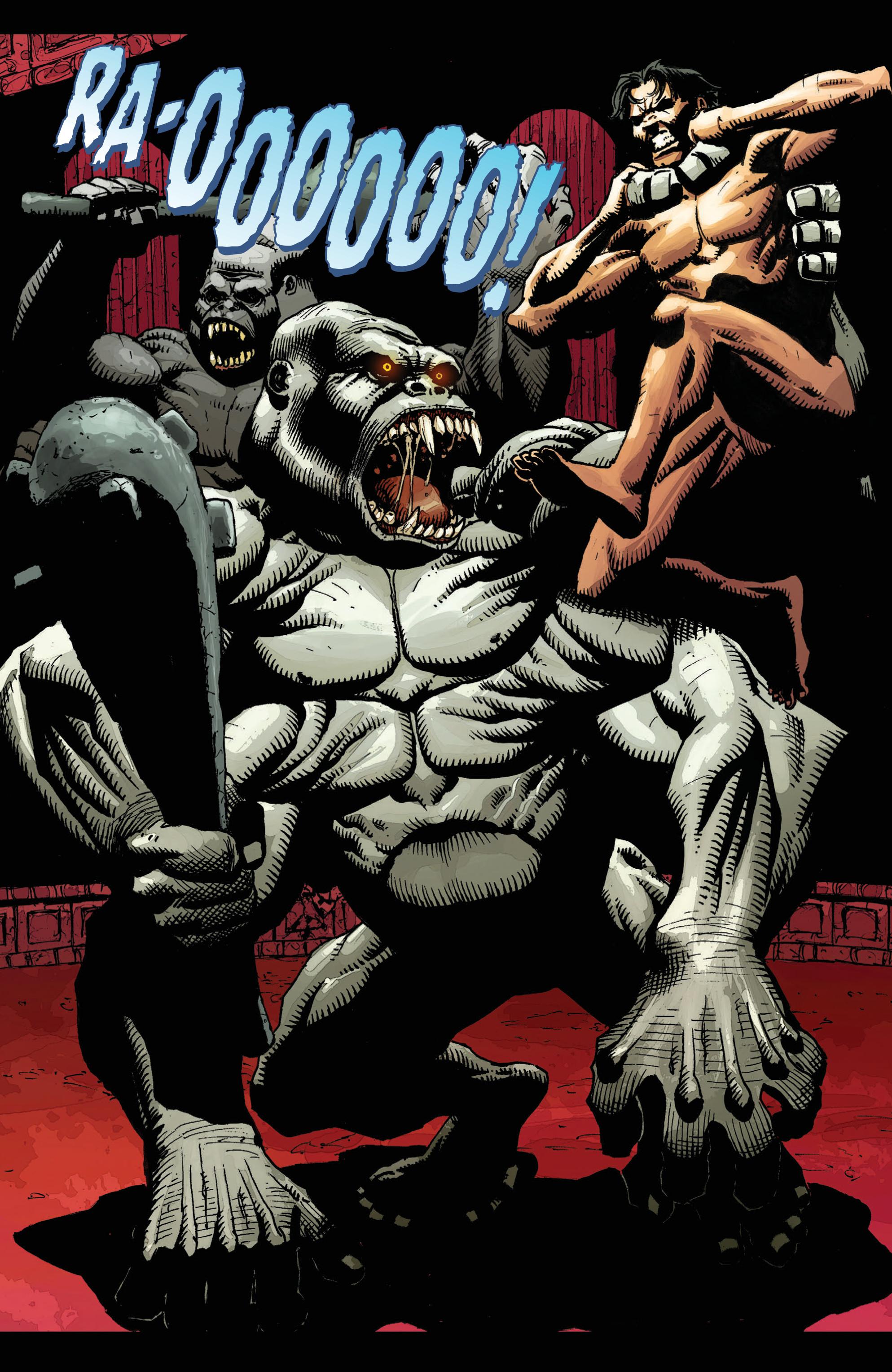 Before he created Tarzan, Edgar Rice Burroughs had a modestly successful pulp writing career delivering the adventures of John Carter, a Confederate army officer of the 1860s transported to Mars, although to its inhabitants the planet is known as Barsoom. Most of this book adapts Burroughs’ first novel, Princess of Mars, but writer Arvid Nelson takes the interesting approach of prefacing the adaptation with a two chapter prelude. This shows Carter wandering after the Civil War, and how his later ally Tars Tarkas on Mars/Barsoom became Vice-Chieftan of the Tharks. It’s a clever technique as it establishes both characters in their own environments before meeting, adding to an understanding of Carter and his ethical code in particular.

Stephen Sadowski illustrates these opening chapters in standard adventure style, although without exaggerating Carter’s muscles the way Lui Antonio does for the remainder of the book. Once on Mars Carter resembles a bodybuilder, and while an important story aspect is his greater strength and athleticism on Mars, he cuts a preposterous figure at times. Antonio, however, excels in other matters. He really goes the extra mile when it comes to architecture, scenery and technology, although having done so is prone to copying and pasting the same images later. Neither work in the style of cover artist Joe Jusko, who takes his influences from the fantasy paintings of Frank Frazetta.

Those well versed in Burroughs’ works will have to decide if the adaptation is faithful, because that will matter to them. Anyone coming to this knowing nothing other than the 2012 John Carter movie, or perhaps not even that, will discover an engaging fantasy adventure. That a full seven chapters are allocated to the adaptation doesn’t result in padding or decompression, but in a considerable quantity of the original text being transferred. It shares Carter’s disorientation, his assessments of a society whose moral imperatives are very different from those on Earth, where weakness of any sort is despised and considered to deserve death.

Some conveniences afflict the plot, not least Burroughs’ half-hearted method of getting Carter to Mars, perhaps forgiveable in terms of moving matters forward in 1911, and other elements are very much of their time. The male wish fulfilment of being a hero and having the attractive half-naked woman fawn at his feet has a sleazy quality, and there’s also the patronising colonial attitude of the recently arrived Carter presuming to lecture a society of long standing on behaviour. The parallels are easily drawn, but concern yourself too much with them and you’ll deprive yourself of a first rate fantasy. Burroughs’ plot via Nelson is far from predictable, and provides the template for much of the later sword and sorcery material that’s stood the test of time. Robert E. Howard was surely a reader. He’s not the only one, and several plot aspects will be recognisable as having been recycled in later science fiction, and even superhero comics.

For all the now stale elements of the relationship between Carter and Dejah Thoris, princess of another Martian race, it’s the area of great stability within the shifting adventure plot, and provides a narrative anchor. John Carter’s adventures would continue, but there’s a neat conclusion to this first story. Both this and the following volume two are also collected in the larger Warlord of Mars Omnibus.