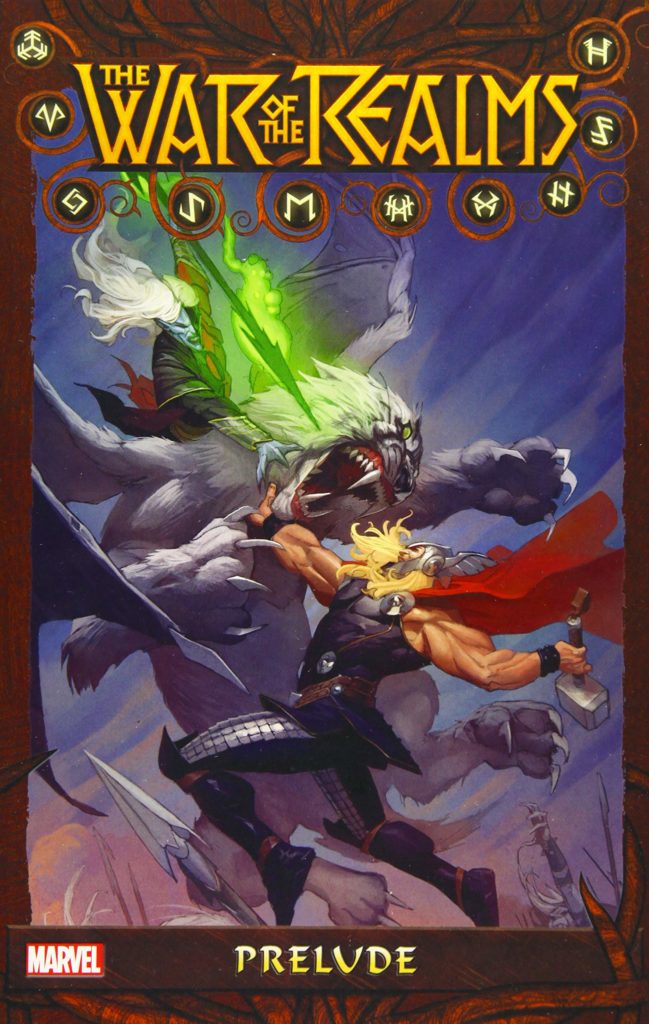 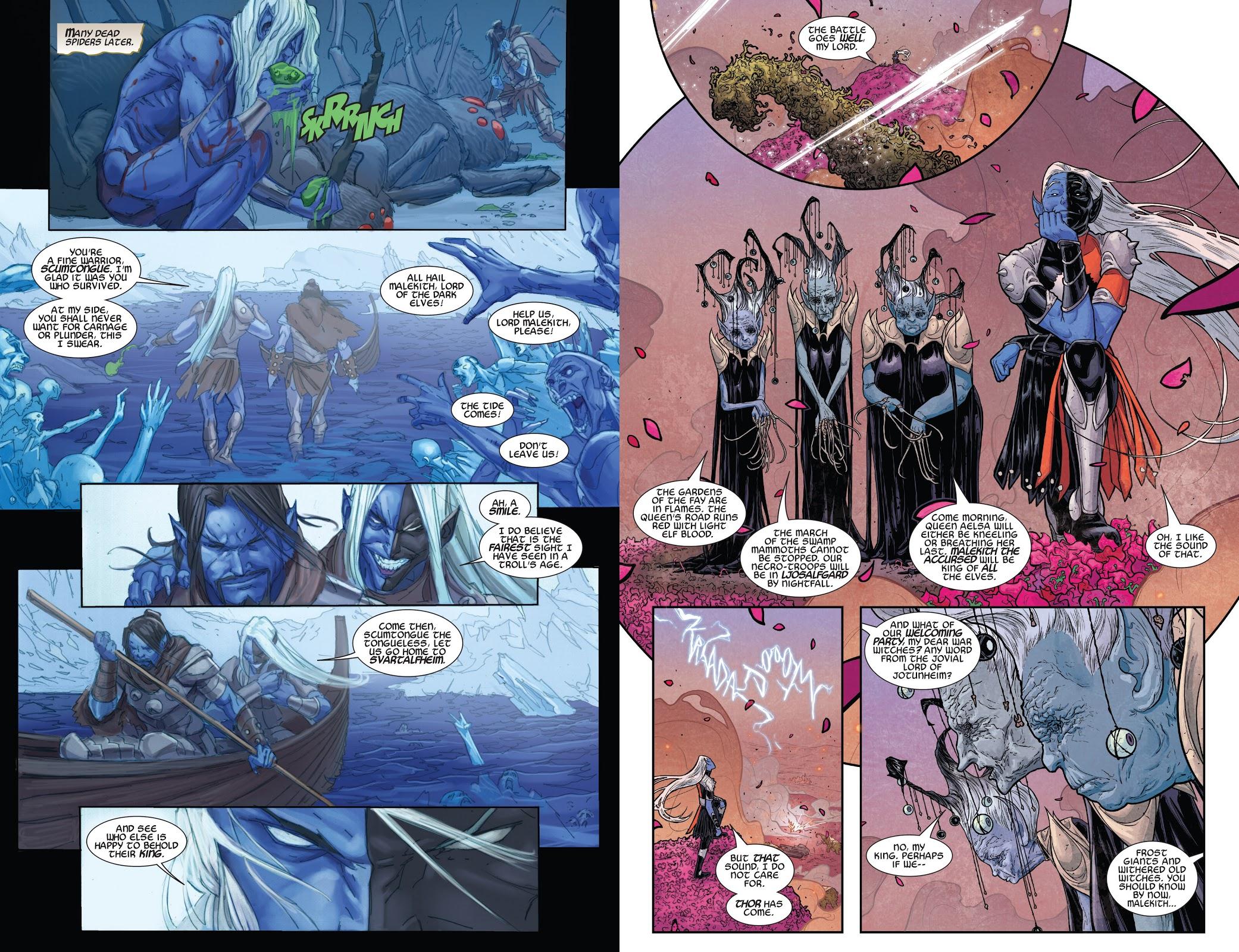 Every now and then Marvel throw together a collection that defies much sense, and The War of the Realms Prelude is one of those. As far as the marketing department can be second guessed, the premise appears to be that there might be readers captivated by The War of the Realms who haven’t been reading Jason Aaron’s Thor over the years leading up to it. It was several years in coming, over three separate Thor series, but are there enough people who don’t cross over to justify this skimming stone progression?

As Aaron on Thor is among the greats, taken on its own terms this is a selection of high quality Thor stories, beginning with the only writer other than Aaron, also among the greats. Walter Simonson, however, goes Aaron one better by also being one of the definitive Thor artists, and the creator of Malekith the Dark Elf, whose first appearance this is. Thor actually plays little part as a portly Balder the Brave confronts a masterly unpleasant Loki, irredeemably evil.

The remaining stories all feature Malekith gathering allies or power, or his machinations to a greater or lesser degree, his presence often secondary to the main events, which makes for a frustrating read in places if you become caught up in whatever Thor’s up to. Restricting ‘The Accursed’ to the first and final chapters, for instance, has the effect of offering only appetiser and pudding, and don’t become too caught up in the suffering of Jane Foster. There’s no end to it here, although the hint of it is in the final piece where she has visitors from the future.

The War of the Realms Prelude bucks a trend for anthologies as there’s barely an ordinary page of art from beginning to end, every single artist capturing grandeur, power and personality. Simonson’s masterful storytelling sets the tone, with the penultimate inclusion adding eight more masters each contributing a few pages. The sample pages are from Ron Garney and Russell Dauterman on the basis of their being responsible for the most art, but for something to study in wonder it could have been so many others.

What this collection does very well is display the skill of Aaron’s plotting, and how patient he was before bringing matters to fruition. Five years separate ‘The 13th Son of a 13th Son’ in which Malekith’s youth and training is spotlighted, and the echo of that appalling upbringing in The War of the Realms, although the gritty art of RM Guerra makes this version seem even more unpleasant. All the stories read well, allowing for the gaps, but you’d be better off reading Aaron’s five years on Thor from beginning to end. 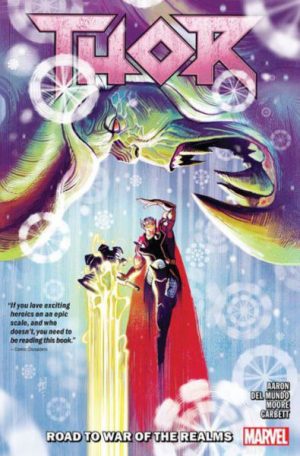