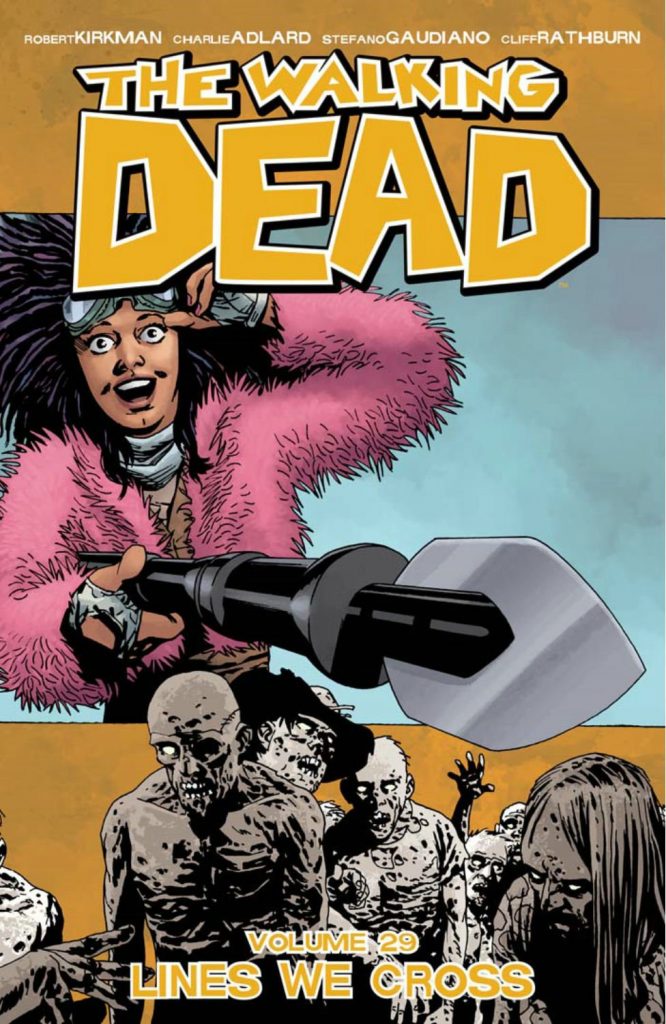 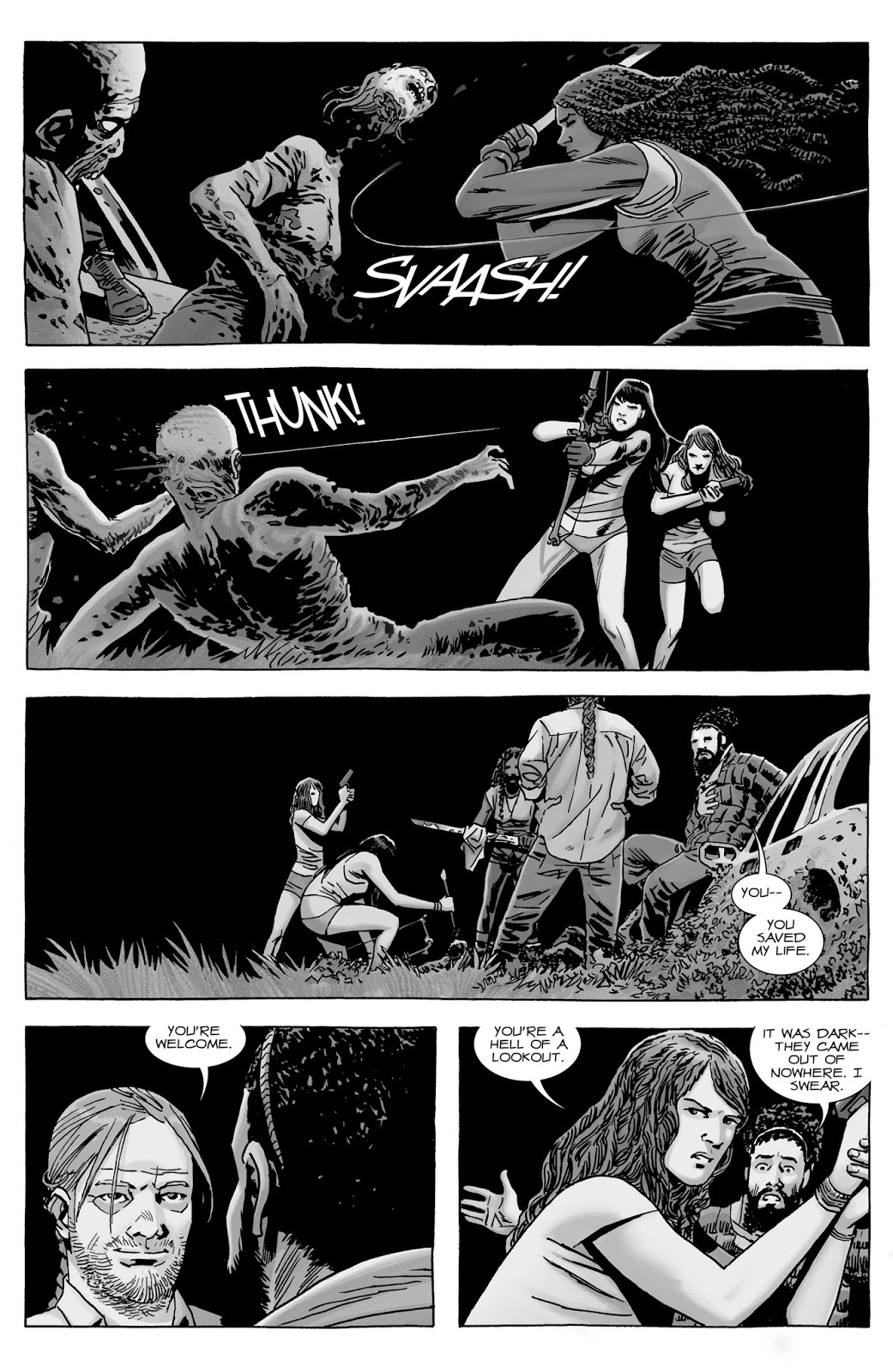 Lines We Cross opens with two lines crossed in the past. Carl Grimes recalls the community’s discussions about what to do with a child who’d killed his brother, yet without fully understanding the consequences. Carl, then still a child, solved the problem by killing him. His father Rick has raised concerns about a more recent line crossed in A Certain Doom. Is he right in believing Negan has changed?

That, though, is just the prelude to Robert Kirkman’s emotionally drenched opening chapter where a lot of resentments and secrets are aired, and that’s before he begins to address the main story. One thing’s for certain, despite the tragedy seen in the previous volume, there’s a growing number of people unhappy at Rick’s decisions.

Unusually, artist Charlie Adlard gets to strut his stuff long before the usual end of the volume battle. Much of Lines We Cross is a road trip, and he’s afforded a chance to draw some great scenery and some stunning urban decay. There are also new characters to be designed, and kept distinct from the existing cast, and the return of a couple of old favourites. As always, Adlard is solid, and possibly undervalued.

The reason for the road trip is down to Eugene. We’ve seen his radio contact with someone from another community, and a decision is made to reach out and make personal contact. It’s a long journey, though, and plenty of interest happens along the way, both in terms of drama and action. It’s also noticeable that Kirkman toys with the audience, echoing cinema cliché via frequent use of phrases such as “Yeah, I think this one’s going to last” or “Quiet. Not so much as a peep between here and the edge”. He knows well enough such phrases are so frequently the prelude to carnage, and is teasing readers. He’s doing that with the final chapter as well. There’s a great cliffhanger ending beforehand, but we don’t find out where it leads until New World Order. Any initial disappointment, however, should evaporate as Kirkman instead supplies a confrontation a long time coming and plays the hell out of it.

It’s a reasonable assumption on Kirkman’s part that people aren’t going to start reading The Walking Dead with Volume 29. However, perhaps a couple of pages introducing the prominent characters and where they’re at would be useful, as after 29 volumes not every reader can remember every detail, and here several plots that have been brewing for some while come to a head. Plus, anyone not knowing about Lucille isn’t going to realise quite how crazy some of the Negan scenes are.

This is combined with New World Order in the hardcover Walking Dead Book Fifteen, or with the next several books as the fourth Walking Dead Compendium. 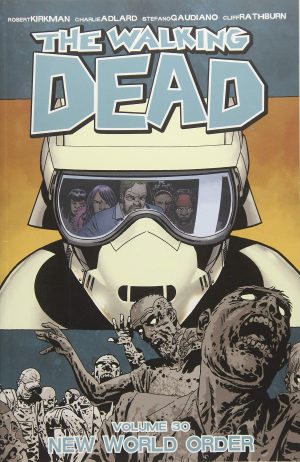 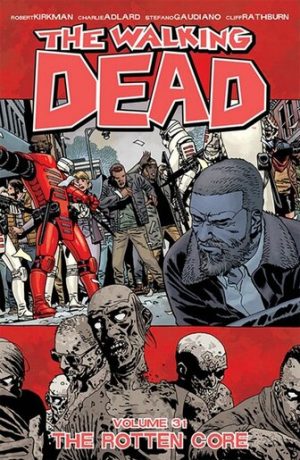 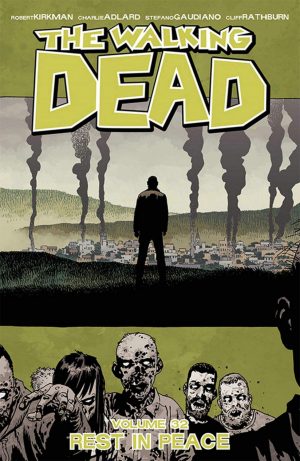