The Walking Dead Volume 21: All Out War Part Two 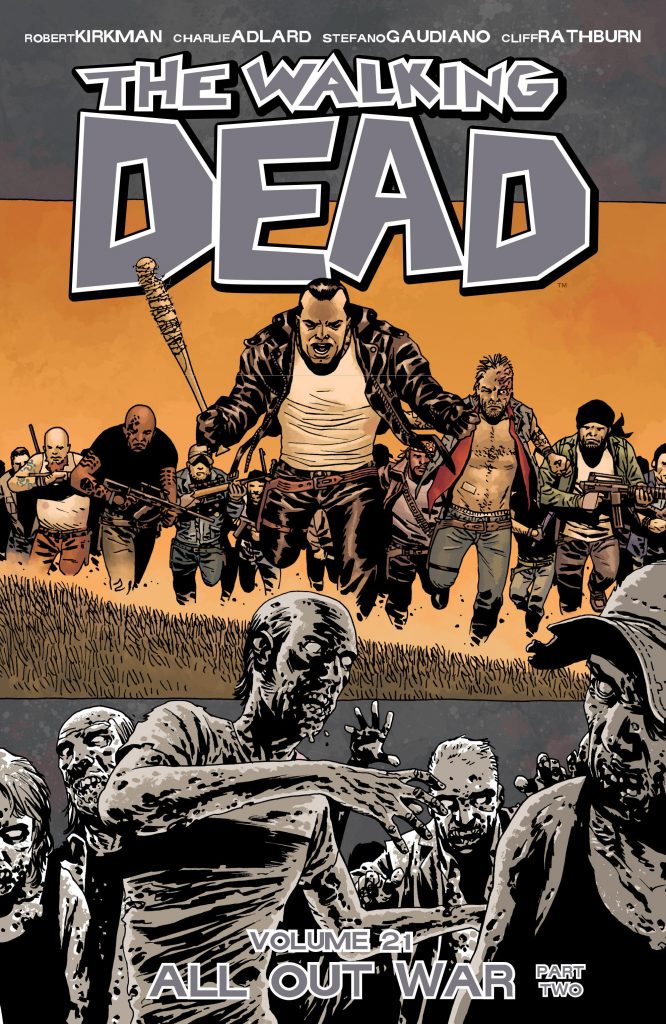 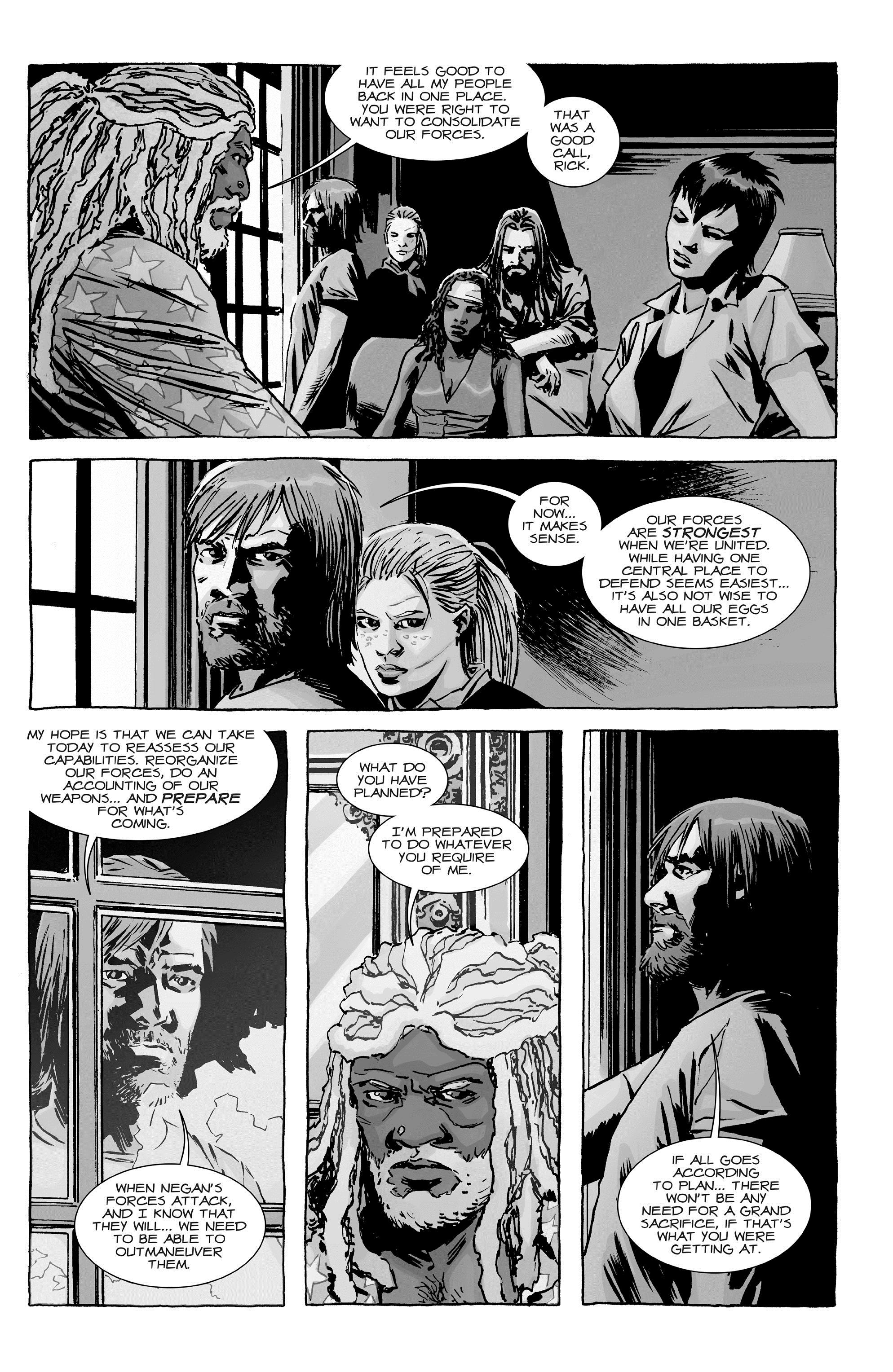 All Out War is the longest story arc Robert Kirkman and Charlie Adlard have produced for The Walking Dead, as Rick Grimes and his allies take a stand, not willing to have their community suffer extortion at the hands of Negan and his thugs. As seen in Part One, this hasn’t been a universal decision, some considering the extortion worth the peace it provides, and the war has resulted in significant consequences for both sides without a providing a decisive victory for either.

Kirkman uses the opening episodes of All Out War Part Two as a stocktaking exercise, circling the prominent cast members coming to terms with what’s happened, and with what still needs to be done. It’s a superbly balanced method of ramping up tension while defining the lay of the land. “My son’s going to have to compete for food now? Gonna have to eat it up quick before someone else gets to it?” is a typical reaction. As has been the case over the past several graphic novels, Negan stands out. He’s a carefully defined villain, the best in this long-running series, sadistic, brutal and unhinged, yet also intelligent with an adaptable mind capable of turning unpredicted circumstances to his advantage.

After the opening chapters the action predominates, and Charlie Adlard shines again. Perhaps that The Walking Dead is black and white disguises the sheer brutality of events. Adlard depicts everything in his measured style, but try looking at some of the action pages and imagining some of that black ink as red. There’s a grim feast on show, and we should be grateful it’s monochrome.

Despite ‘war’ being in the title, this segment of All Out War has been carefully staged along the lines of a Western. The plucky group we root for faces impossible odds against an implacable foe in the best tradition of the sneering, confident Western villain. Think Lee Van Cleef, Richard Widmark or Gene Hackman. There’s also an unlikely hero finding the courage they never knew they had, but will they die in the last reel? As if to accentuate the comparison, bows and arrows play a part. Maybe based on the idea that this is playing out as a Western, there’s going to be an expectation of where the plot is heading, but Kirkman confounds again, with a final chapter that’s extremely satisfying, yet unpredictable. It’s another gem, and the series continues with A New Beginning. As ever, both books are combined in hardcover as The Walking Dead Book Eleven, and with others in the third Walking Dead Compendium. 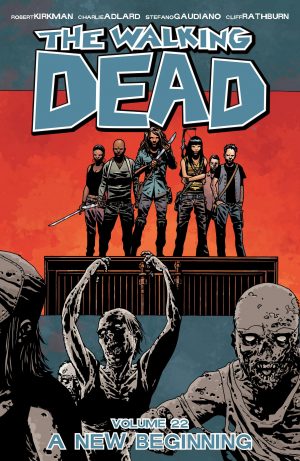 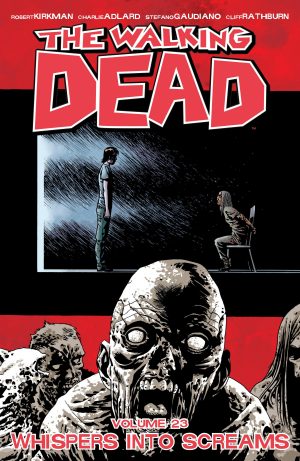 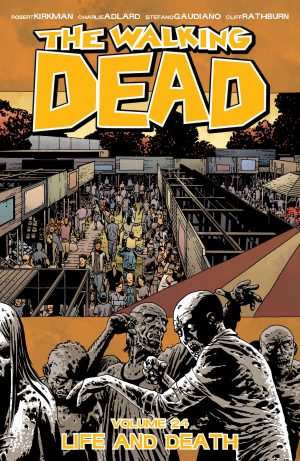