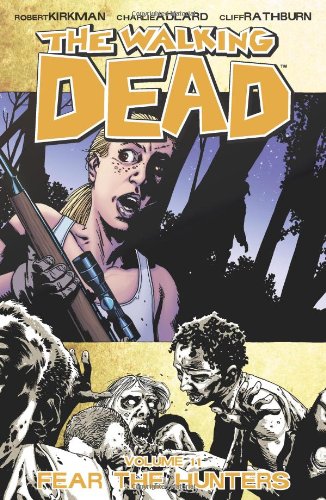 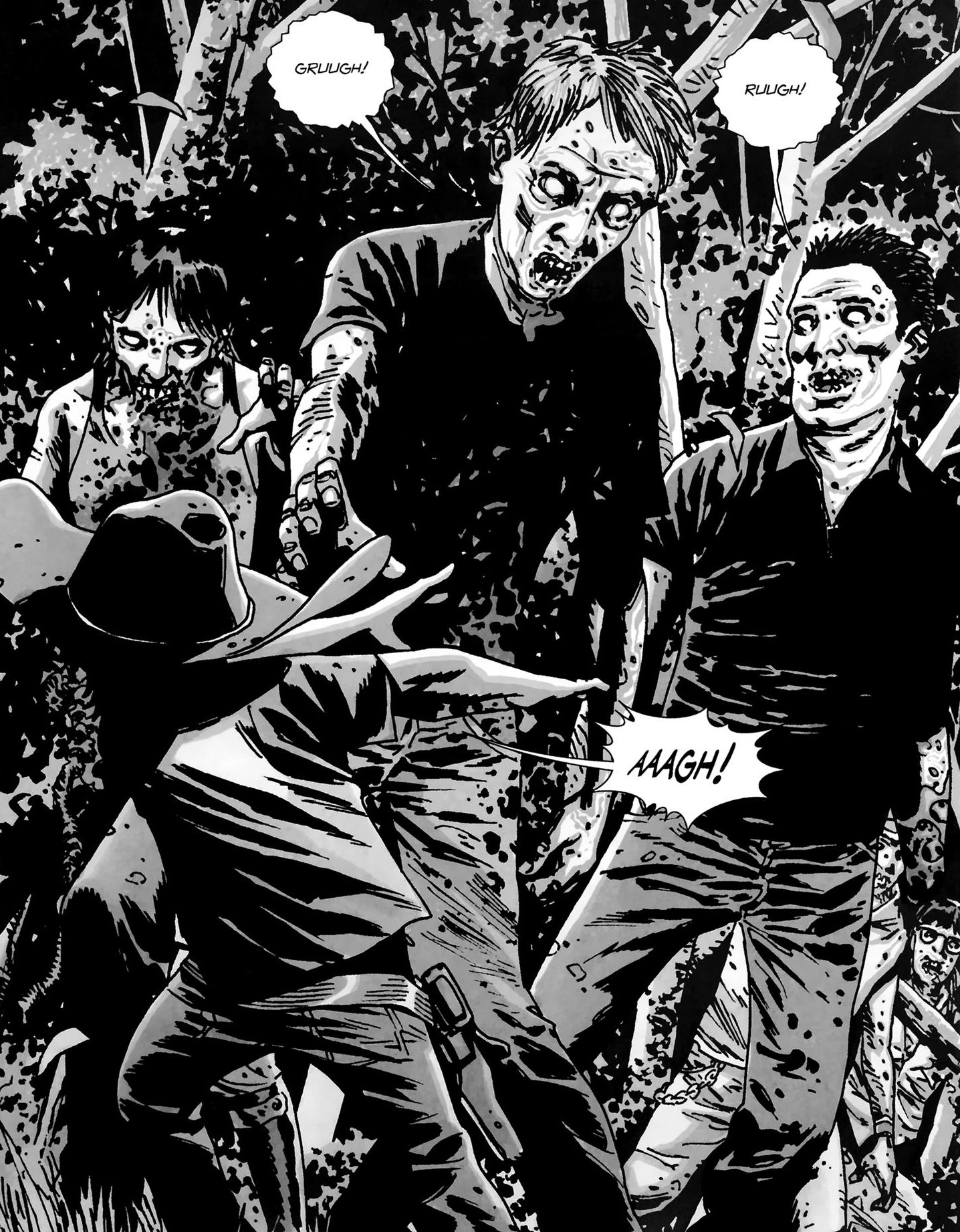 Robert Kirkman is so good at throwing out moral dilemmas, and he kicks off Fear the Hunters with a stunning horrific moment. It’s something that’s been trailed in the previous What We Become, but with no hint as to the immediate significance, and Kirkman’s probably caught everyone on the hop again. Before the zombie days there were procedures in place to deal with this situation, but with itinerant life maintained by those in The Walking Dead, that’s just not possible. It’s followed by a second horrific moment, and that’s all before the main story begins. It may appear that the central issue has been sidelined by events, but that’s not the case.

It’s not revealed from the start, but we’re eventually led into a matter that’s a natural outcome of a world where most of the population are zombies and the remainder are so concerned just with survival that the work that sustained humanity before is a secondary consideration. “You probably think I’m crazy, and I understand that. Why wouldn’t you? But I’m not. None of us are. I don’t expect you to believe that, but it’s important to me that I say it.”

Shock follows surprise follows shock here, so all in all, that’s a job well done.

Several new characters are introduced, the most enigmatic of them a minister complete with dog collar. Kirkman’s toying with us, as this holy personage appears to have an exclusion area as far as zombies are concerned. As for the others, well, if you’ve reached volume eleven, you’ll know how these things play out by now. That’s the only way in which the series is predictable, and towards the end we have a long promised conversation between Dale and Rick.

There’s a thought that if we stopped reading long enough to analyse Charlie Adlard’s art then he’d not be doing his job properly. Everything he draws is in the service of the story, and it’s a task spectacularly well carried out.

The material here is combined with the following Life Among Them in the hardback The Walking Dead Book Six, and among the eight books comprising The Walking Dead Compendium vol 2. It’s also available within the fourth limited edition Walking Dead Deluxe Hardcover.