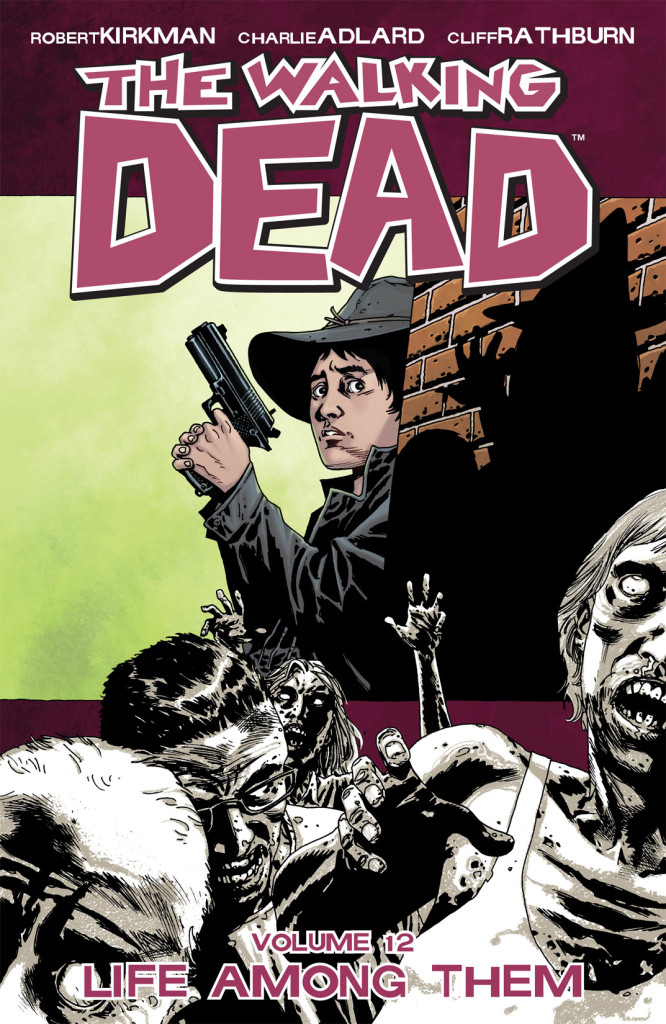 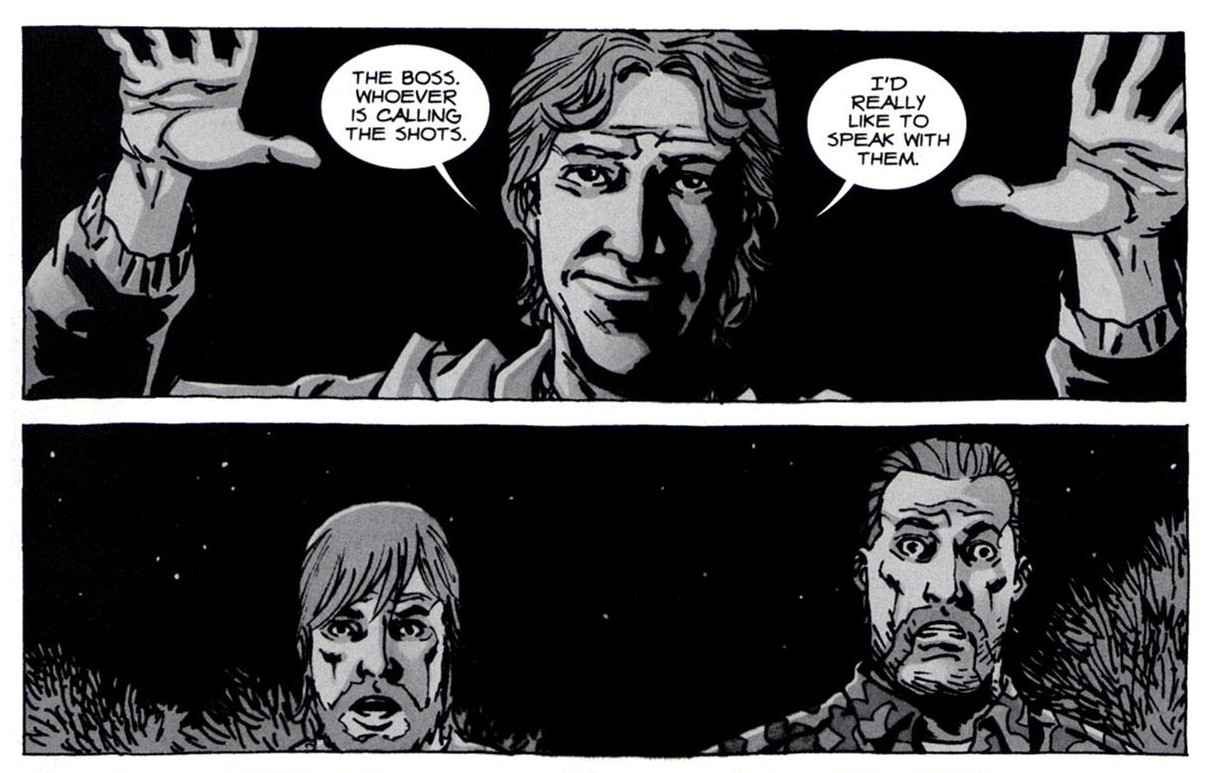 We open with a much needed heart to heart between Rick Grimes and his young son. It’s a testament to the skilful fashion in which The Walking Dead is written, that this otherwise outrageous topic, referring to Carl’s decision and subsequent action in Fear the Hunters, is par for the course in the brutalised context of a zombie-filled world. “If these things start becoming easy,” Grimes informs his son, “that’s when we become bad people.”

This conversation is immediately followed by a revelation about one of the group travelling to Washington that once again erases expectation in an excellently plotted manner. Robert Kirkman then equally rapidly instils new hope. This is in the form of an approach from a community near Washington. They’re organised, have technology and a location they believe to be safe from zombie incursion. Yet Grimes can’t help considering that when something appears too good to be true, it generally is. As others are willing to take a chance is he just being too paranoid?

That’s the central tension Kirkman weaves through this collection. Can everything be what it seems? Apart from that, he drops in what convinces as a truly horrific real world incident.

Much of this book is road trip territory, and artist Charlie Adlard packs those roads with abandoned and crashed vehicles, shambling zombies and battered road signs. He needs to introduce a considerable amount of new people who may have a future in the series, and ensures they can all be distinguished. It’s his usual polished and under-stated performance.

The material here is combined with the previous Fear the Hunters in the hardback The Walking Dead Book Six, and among the eight books comprising The Walking Dead Compendium vol 2. It also concludes the fourth limited edition Walking Dead Deluxe Hardcover. Next up is Too Far Gone.