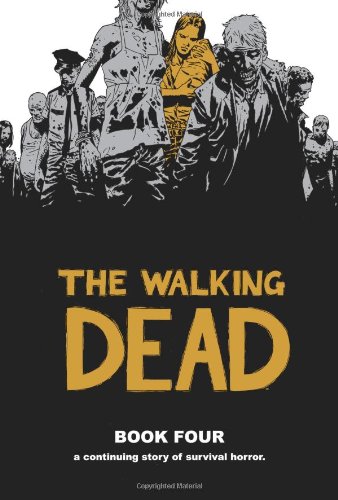 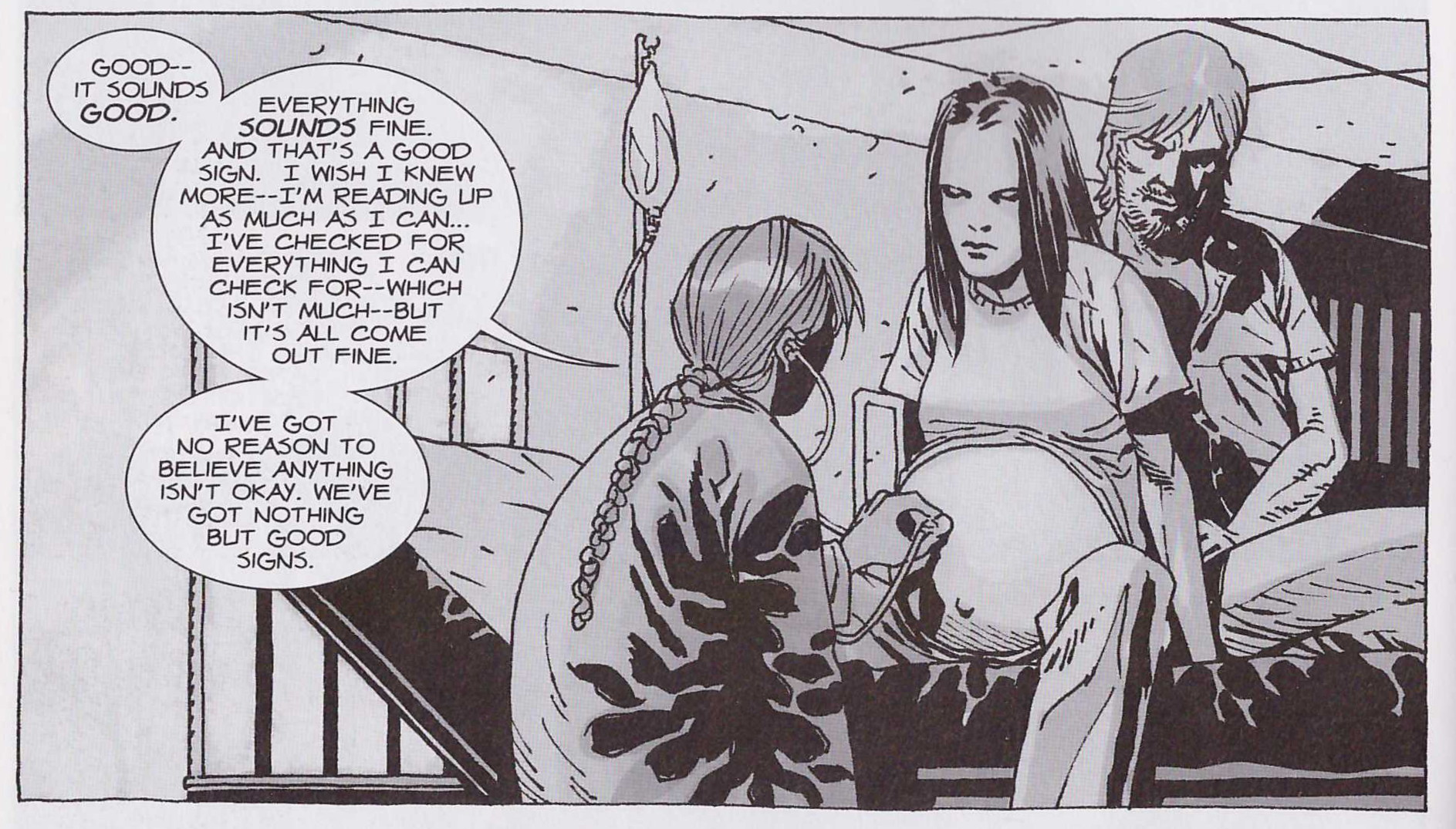 Some exploration of the area surrounding the prison camp where our group have their sanctuary revealed the town of Woodbury in Book Three. Unfortunately this was no friendly meeting of minds and offer to pool resources. The visitors escaped, but not without both personal cost and leaving their mark. The result of that encounter has led to a siege mentality among the cast, the expectation being that the Woodbury community are likely to locate the prison and won’t settle for anything other than taking it over.

There’s a reason the first of the two paperbacks collected here is titled The Calm Before. It focusses on the community adapting and preparing for the likelihood of attack, and how that affects the assorted cast members with whom we’re familiar. Robert Kirkman uses one of the few zombie incidents over the first half of the book to rid himself of a character who’s not been particularly convincing overall, but they’re not the only departure in this book, and the cast is considerably different by the final pages. “I’ve got no reason to believe anything isn’t okay. We’ve got nothing but good signs”, says one of the cast. It raises a wry smile.

That’s due to the expected attack occurring, but, tease that he is, Kirkman sets it up, then loops back in time to explain how that came to be, with particular reference to a character who might have been presumed to be dead. The book starts with another glimpse back into the past with a telling revelation.

The second half of the book must have provided somewhat of a catharsis for artist Charlie Adlard. It’s the chance to really let loose with some continual action. There is some in the earlier section, but it’s brief and however compelling they might have been in terms of drama, several consecutive chapters of the cast discussing matters inside their prison sanctuary can’t have been the most interesting material to illustrate. To his credit, though, Adlard’s as reliable as ever, and there’s not any hint of dullness to these chapters. There is a requirement to deliver some particularly gruesome material later, and given the context it has to be displayed in full. Don’t say you’ve not been warned.

Kirkman keeps the tension sustained, and consistently manages to to surprise with the manner in which his plots unwind. A small example is a scouting group attempting to locate an armoury in the absence of road signs. The direction is supplied in an amusing manner that also provides an insight into a couple of the cast.

Book Four is the best combination of two volumes to date, and it leaves the door open for a significant change of direction.

The material here can also be found as the individual paperbacks The Calm Before and Made to Suffer, and with the previous six for the massive Walking Dead Compendium. It’s also available with the following Here We Remain as the third limited edition Walking Dead Deluxe Hardcover.