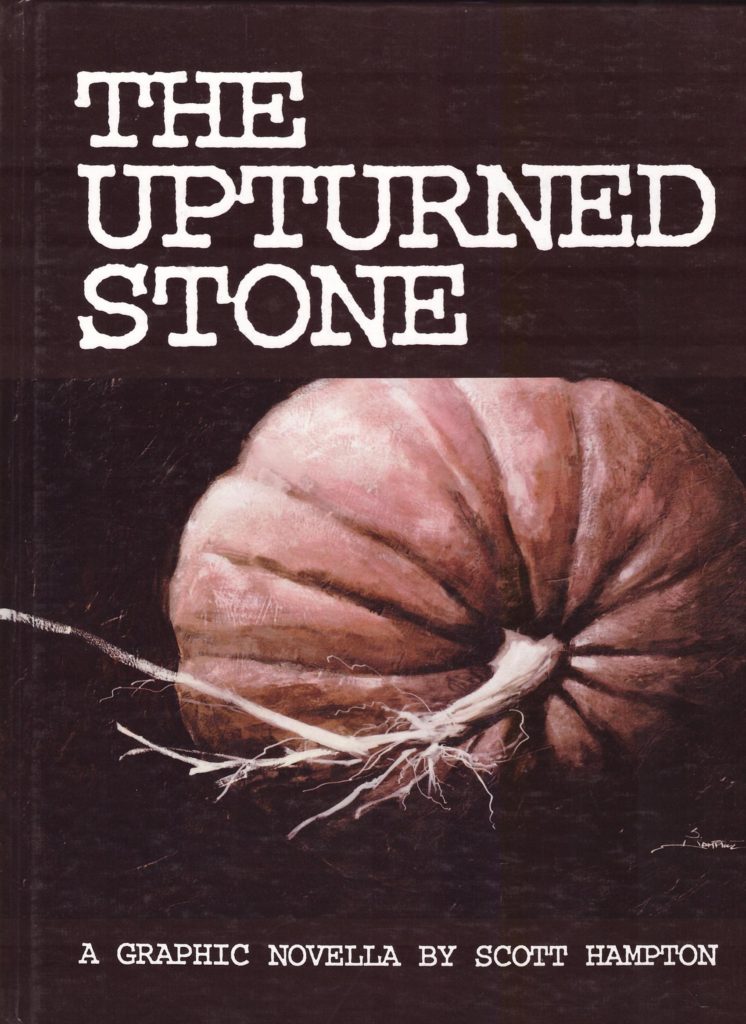 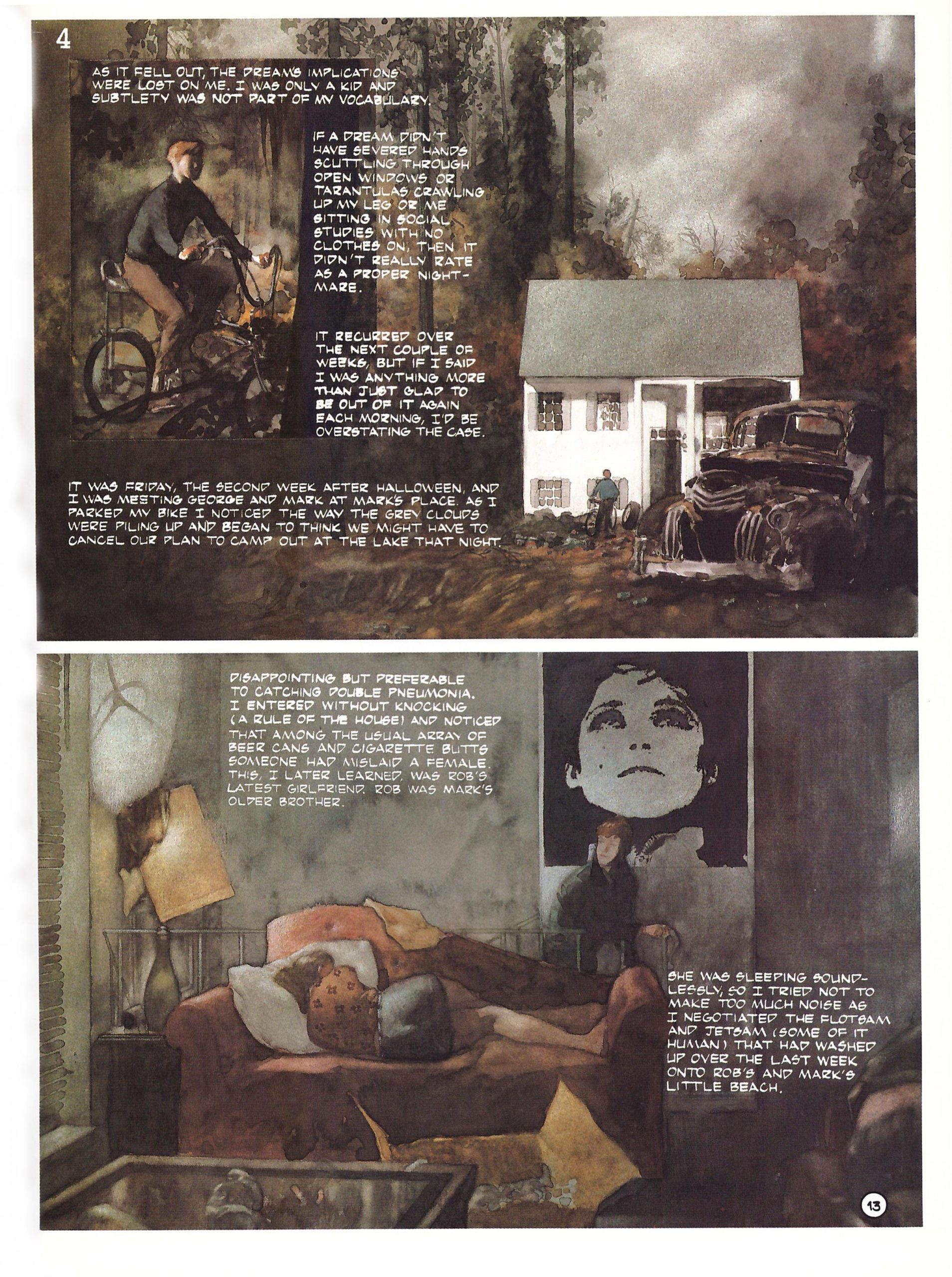 Thematically and in terms of mood The Upturned Stone shares sensibilities with Stand By Me’s coming of age story. Four boys are about to enter their teens, and as with that film and short story, one of them narrates their strange experience as an adult years later. Instead looking back to a summer bonding, Scott Hampton injects mystery and tension by setting his recollections around Halloween, introducing an immediate abnormality via the discovery of a pumpkin grown vastly larger than normal. A further sense of unease is induced by its location being revealed as the grave of an unknown headless teenager whose corpse was discovered nearby in the woods.

Hampton builds the personalities of the cast sensitively, some more worldly wise than others, some with personal tragedies, infusing a sense of melancholy while reinforcing a strong bond to their group friendship. All four eat the resulting pumpkin pie, and although it takes some while for them to make the connection, all four of them begin having disturbing and repetitive dreams. Hampton’s come up with a neat twist on supernatural experience, and one that leads up to a horrifying decision. It seems logical enough to the cast, but Hampton plays the mood nicely, as any adult will be internally screaming at the dangers of what’s planned. Without wanting to give anything away, how Hampton proceeds from there both fits the mood of the story and adds a protective shield.

Dark, painted watercolour art is ideal for the story, although it’s still relatively early in Hampton’s career, so some stiff poses and over-exaggerated expressions are found. He’s also overly fond of giving people red noses, something of a career trademark, and in some places that draws too much attention. Otherwise the pages strike the right note. The boys aren’t just scaled down adults, Hampton makes good use of the woods, and the bit players are completely realised, except for one who has to remain vague. It’s a cinematic production, and a neat touch concerns Hampton substituting for musical effects and the pacing available to films with more impressionistic images, slowing the reading and raising the tension.

The cover painting is true to the story, but undersells it by being too vague. It’s really the only foot put seriously wrong. The starting influence is obvious, but Hampton distances The Upturned Stone from it, resulting in a timeless spooky treat. 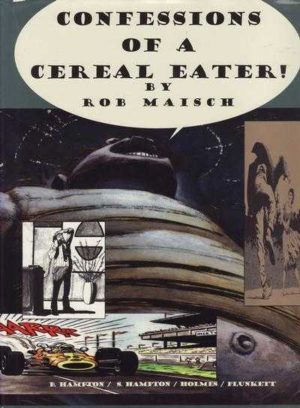