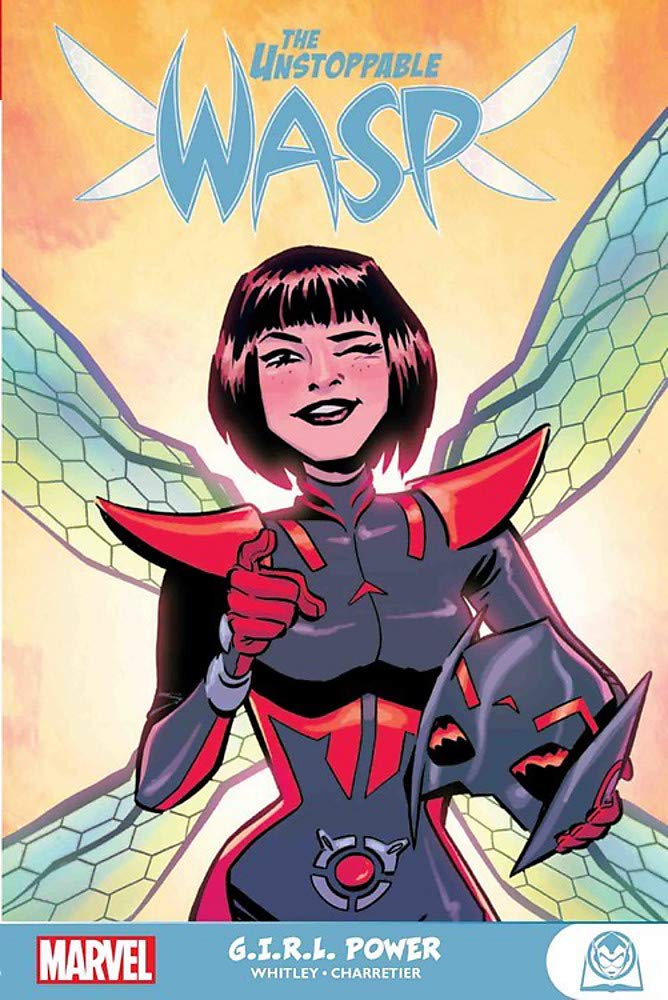 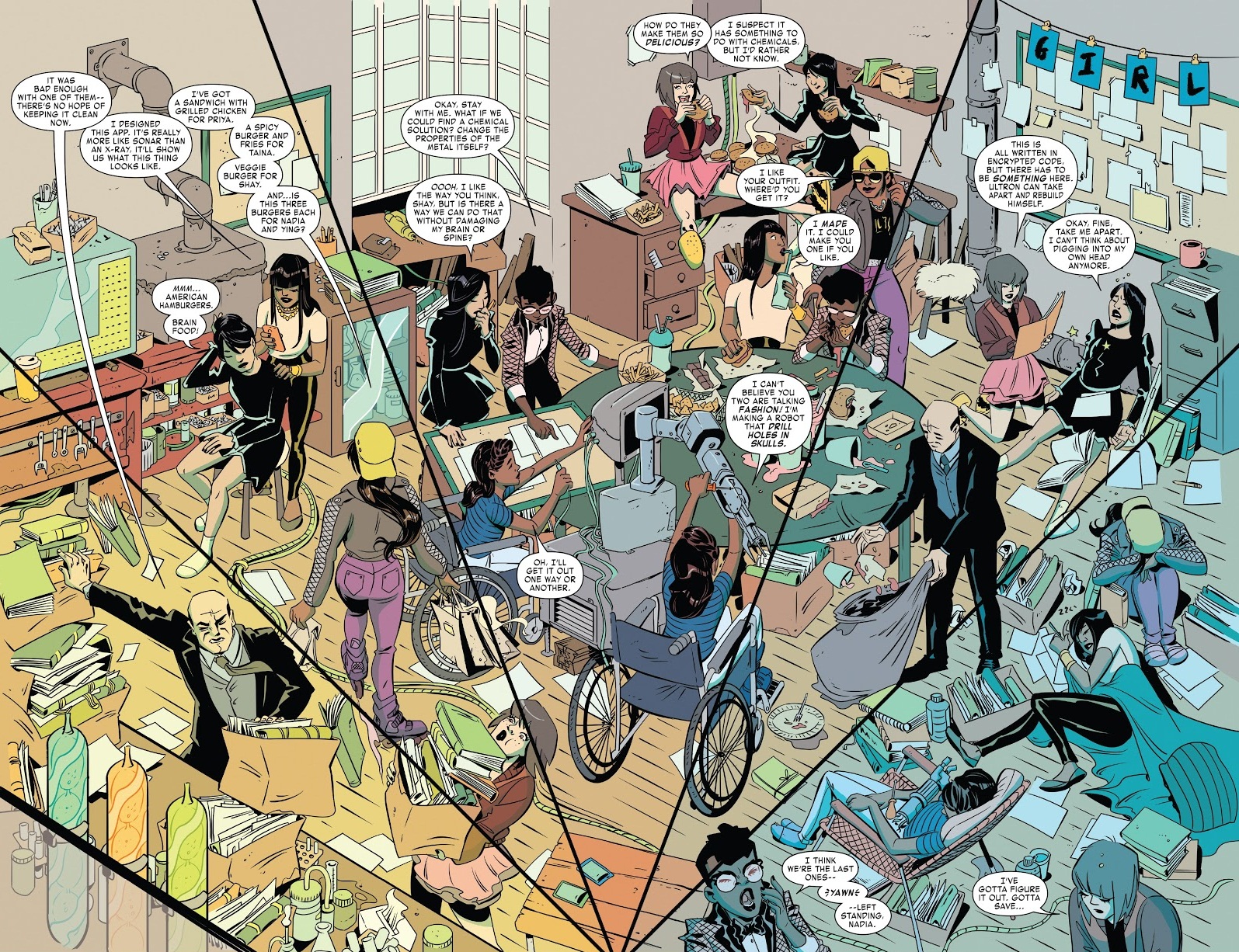 As has been the case with several other familiar names in their catalogue in the 2010s, Marvel hedged their bets with the Wasp, creating a new character to share the role alongside the original. So after being around over fifty years, the first Wasp solo series Marvel published didn’t star Janet Van Dyne, but Nadia Pym, a previously unknown daughter from Hank Pym’s brief first marriage to a Hungarian woman long believed dead. Her daughter was raised in captivity by the Russian authorities and inherited Pym’s scientific genius, unscrambling the technology behind his shrinking abilities and putting them to her own use. Eventually she escaped to the USA and met the Avengers, and G.I.R.L. Power picks up soon after that.

It’s pretty well delightful from start to finish. Jeremy Whitley’s going for a sitcom tone defined by Nadia’s cheerful optimism and capable personality. Her US residency status is uncertain, but she’s more motivated by learning how few women feature among those ranked as the world’s most intelligent people. Leaving aside that at Marvel this is seemingly defined by scientific expertise, and that over the entire line Marvel are overcompensating for years of neglect by introducing too many African American women at the genius level, and the plot works nicely here in isolation. Nadia determines to gather together enough genius level women to staff a small research lab, and while doing so drops into enough random adventures to satisfy the superhero content. While the new characters aren’t very well defined, Whitley works well with existing Marvel regulars Matt Murdock, Jarvis, and Janet Van Dyne, the original Wasp, whose narrative captions sometimes feature, offering a different perspective on Nadia’s world.

Cartooning is the chosen visual style, nicely exemplified by Elsa Charretier’s sample spread. She draws three-quarters of G.I.R.L. Power very elegantly, defining the characters in a light hearted way true to the scripts, and very good with the cast in motion. She’s also the best of all three art teams when it comes to the background detail, pulling the viewpoint out to ensure Nadia is embedded in her world. Ro Stein and Ted Brandt on the final episode are a little more exaggerated, although also good, and Veronica Fish’s attractive style works well for the naturalistic scenes, but is a little stiff when it comes to superhero action.

Toward the end, when the original Wasp takes over the narrative, Whitley shows he can also mix in more serious content, but never loses sight of the overall mood. There’s a deceased elephant hanging in the room with regard to both Wasps, and the way Whitley handles that might not be condemnatory enough for some, yet shows compassion and understanding without being an apologist.

The slightly smaller, but significantly cheaper format surely makes this more desirable than the standard sized trades it combines, Unstoppable and Agents of G.I.R.L. From those collections it’s missing an Avengers story spotlighting Nadia and a 1960s reprint of Janet Van Dyne’s introduction. These were the weakest features of the earlier trades, dragging their rating down, making this better value. Nadia’s adventures continue with Fix Everything.