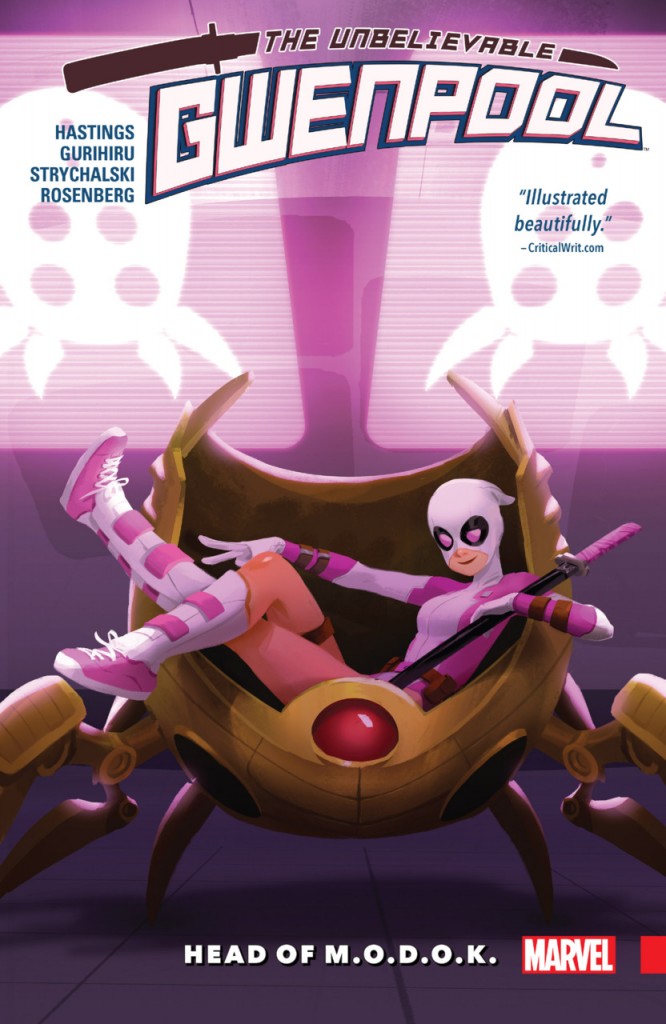 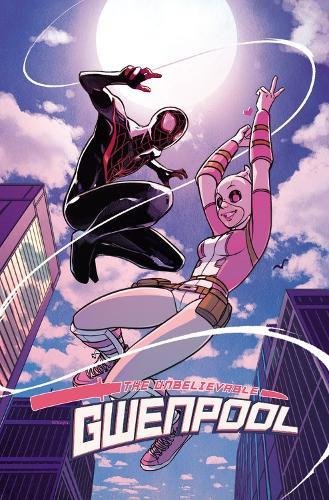 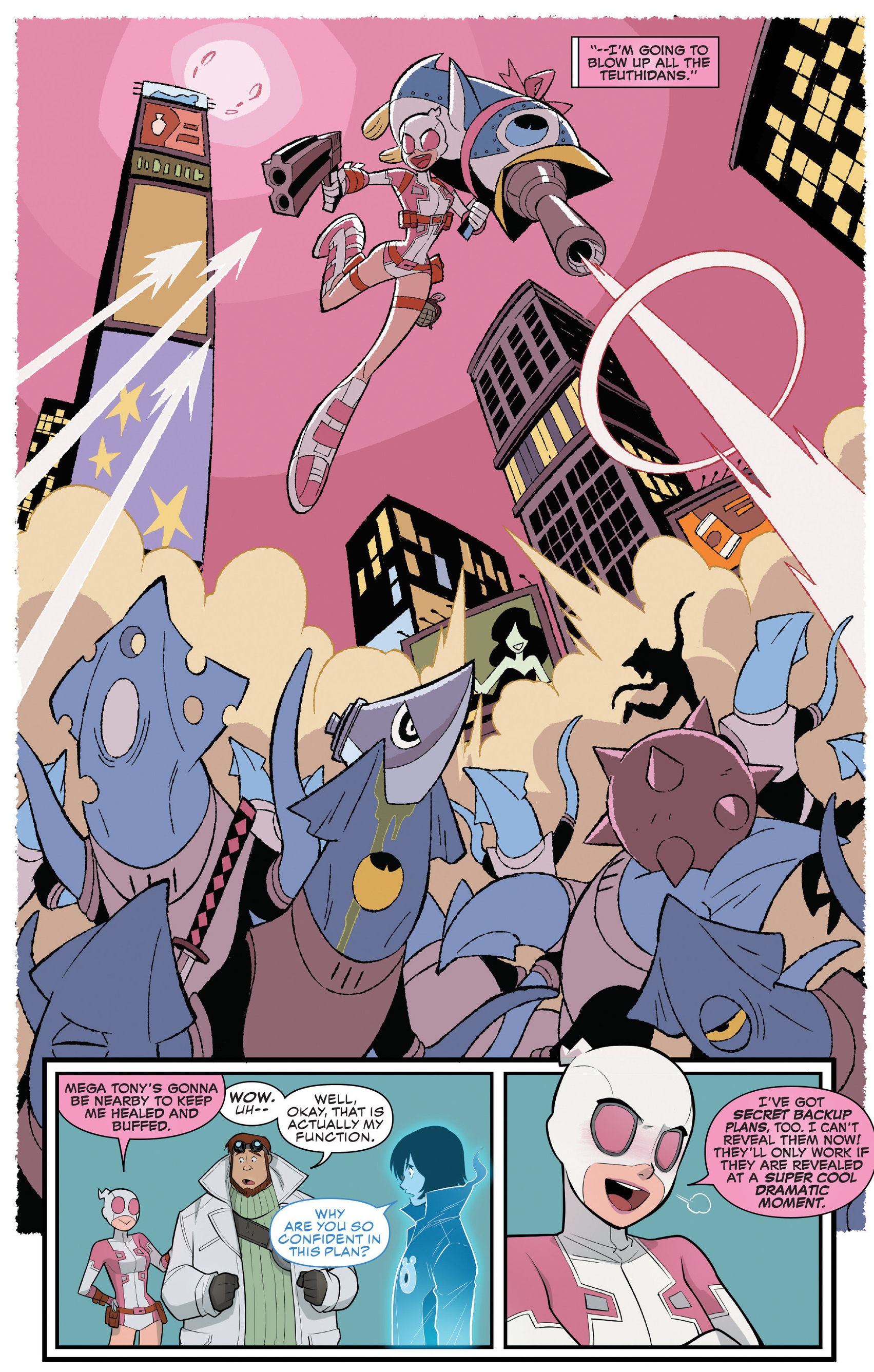 Even within the post-modern Marvel universe we have in the early 21st century where almost every title is a sitcom, Gwen Poole is a character that shouldn’t quite work. She’s self-aware in a world of superheroes, whom she considers fictional, and perpetuates a first person narrative explaining this. Possessing no particular abilities, she’s sustained by a belief that as she’s in a world of superheroes and they always win, as long as she continues to fight for good, she won’t come to any harm. She does, however, have a questionable grasp of what that constitutes, believing everyone she interacts with to be a fictional construct. That’s quite some shaky logic, yet Christopher Hastings continues to navigate this very adeptly, enabling the impossible while never descending into Gwen becoming an all-knowing irritant. That’s because he writes her with an infectious enthusiasm, a fangirl unable to believe she’s standing in Spider-Man’s bedroom. The effect this has on the members of the superhero community she meets is bewilderment, and this will also be the effect on anyone lacking a basic knowledge of Marvel’s recent continuity, as Gwenpool’s appeal hinges on that.

The events of Believe It left Gwen in charge of M.O.D.O.K’s criminal organisation. Its surviving members consider it would be a good idea to keep the business going, and figure given her previous success, Gwen would be the best person to ensure this. Wrong! She’s more interested in teaming up with Spider-Man. Events move beyond her control, however, when the NYPD team up with squid-like alien arms dealers. They, however, are not the main problem, and Hastings comes up with an excellent origin for them.

The Guruhiru art team (featured page) have a greater opportunity to shine than in the previous book. Theirs is a very appealing clean and precise cartoon style, but had lacked individuality. Scenes illustrated as if 1950s animation go a long way to rectifying that, and you won’t believe the Poole Boys, even having now been told about them. Irene Strychalski draws the first two chapters, but while good for the most part, she makes the cast look much younger than intended, and it’s slightly creepy.

Only slightly, however, and the charm, fun and leftfield solutions that characterised the first book are all present here. The series continues with Totally in Continuity.