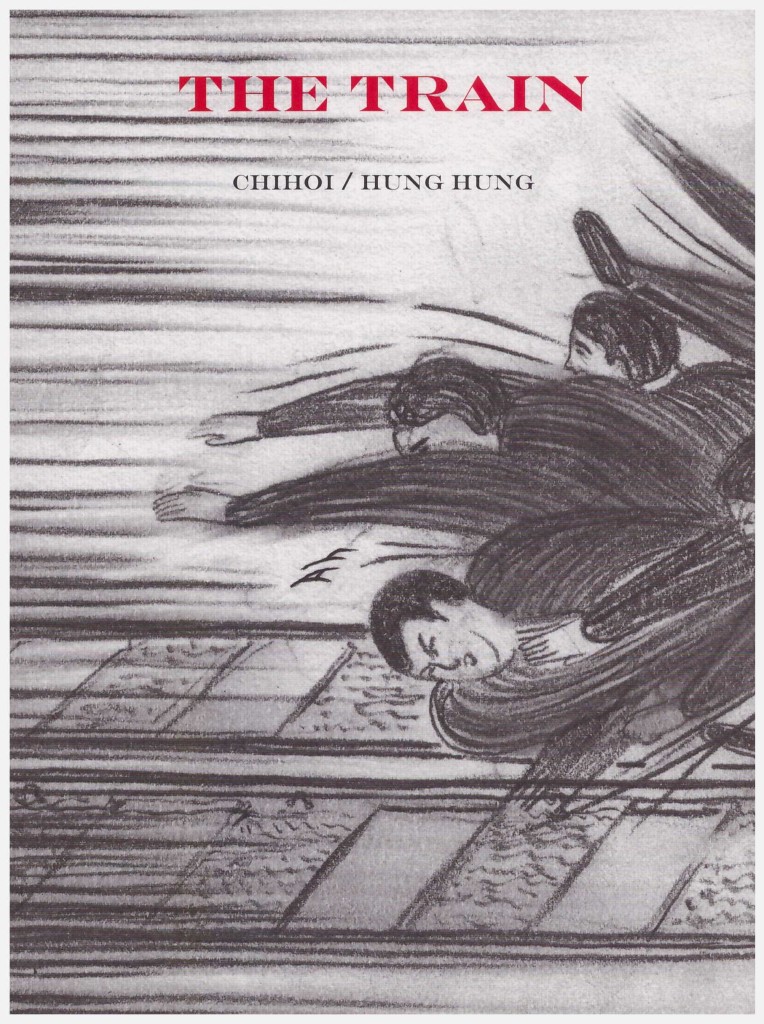 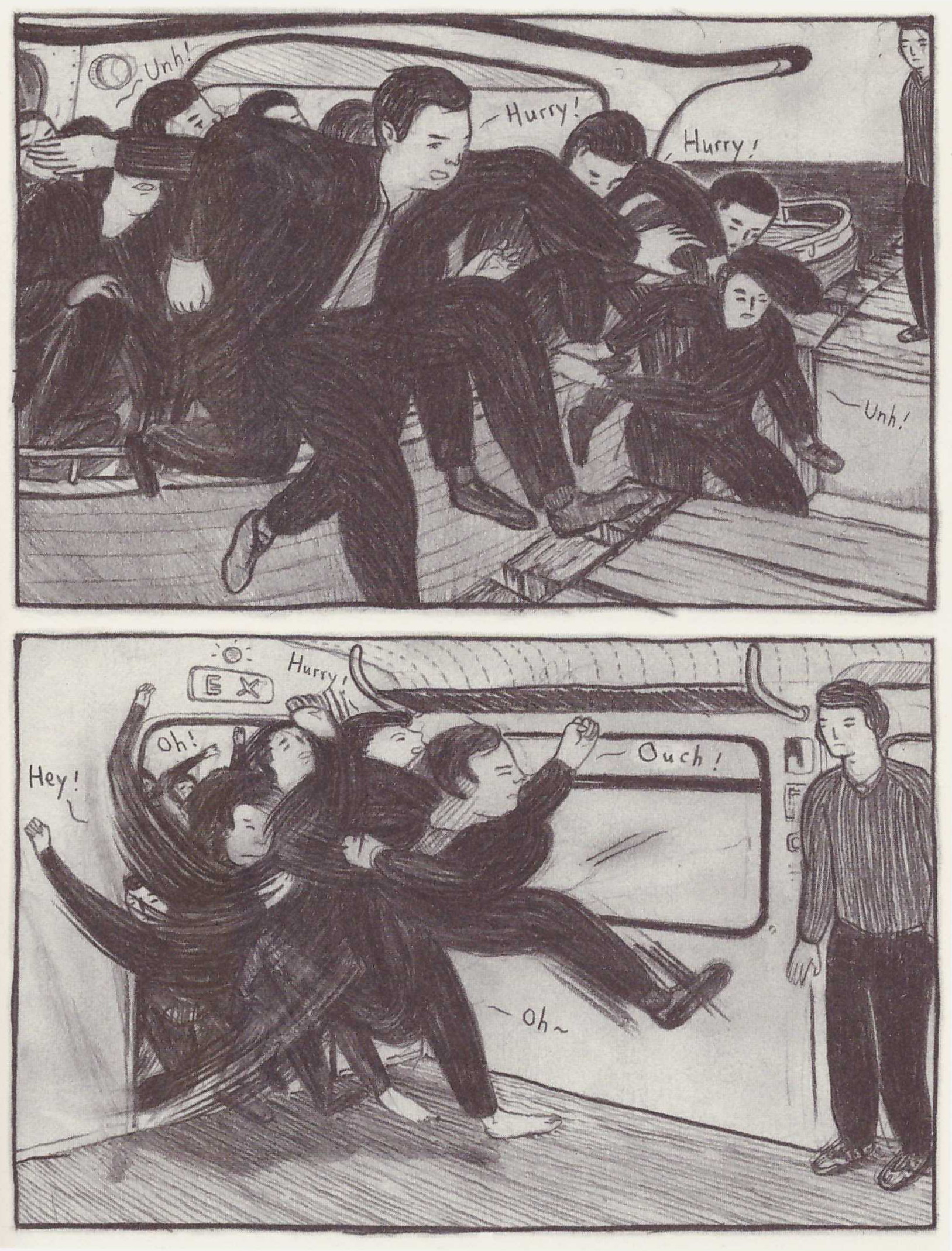 Every now and then a graphic novel comes along that poses the question “Why did anyone consider this worth publishing?”, and The Train falls into that category. It’s even stranger that the publisher is Canada’s Conundrum Press, who’ve developed a reputation for a selective editorial eye.

The Train is a collaboration between Taiwanese poet Hung Hung and visual artist Chihoi, and is an extrapolation of Hung’s earlier short story The Carousel, presented in the back of the book as translated by Steve Bradbury. It’s a delve into mystical realism, positing a train almost perpetually on the move, stopping only to adjust the levels of consumer options available. Great crowds strive to board the train, yet it takes them nowhere, constantly circling an island. A search for allegory comes up dry, leaving dreamlike fantasy as the prevailing mood.

Chihoi adapts the essence and most particulars of Hung’s story in a very flat pencil style. It’s ugly, and deliberately amateurish, with uncorrected lines not erased (even visible on the cover). It could be meant to convey the frenetic dash of those desperate to board or leave the train, these depicted as squirming masses, almost schools of fish in suits. It’s by far the best visual device provided. Chihoi is also an odd collaborator, claiming he loved the original story and was honoured to be offered the chance to adapt it, yet shoehorning in sequences of his own, equally oblique and dreamlike.

The circular nature of the narrative is such that at times you wonder if there’s been a misprint, and the book has signatures duplicated, but the page numbers are sequential. The minimal dialogue imparts little, and the depth of Hung’s original story is absent. The adage of a picture conveying a thousand words proves false. Apart from anything else, with just two large panels per page, The Train is a five minute read. The list price is $15, and for that money Conundrum Press have plenty of other works worth your time.