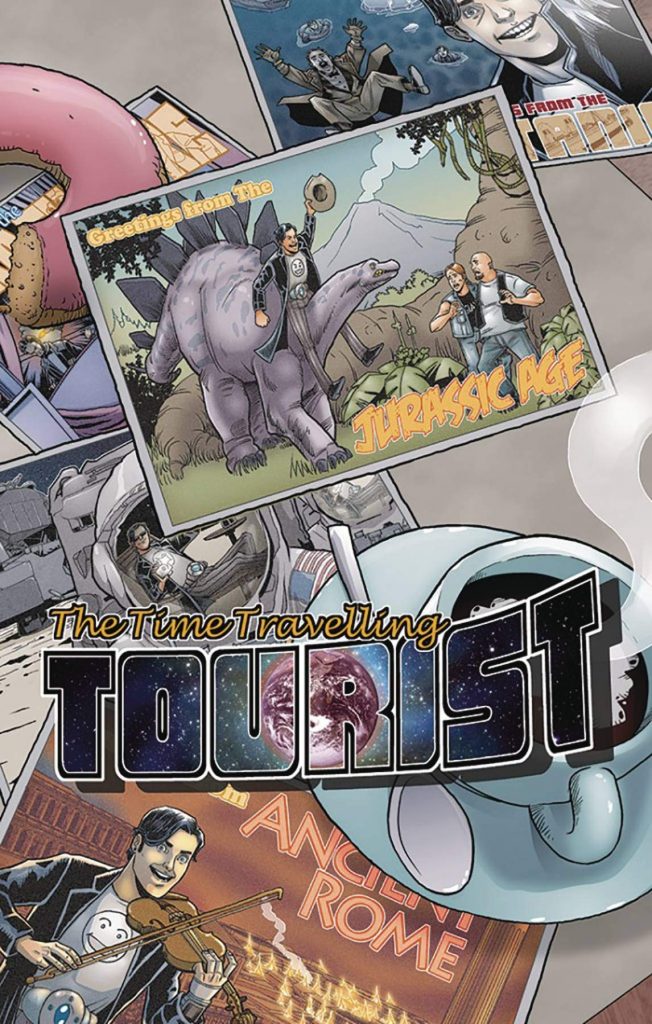 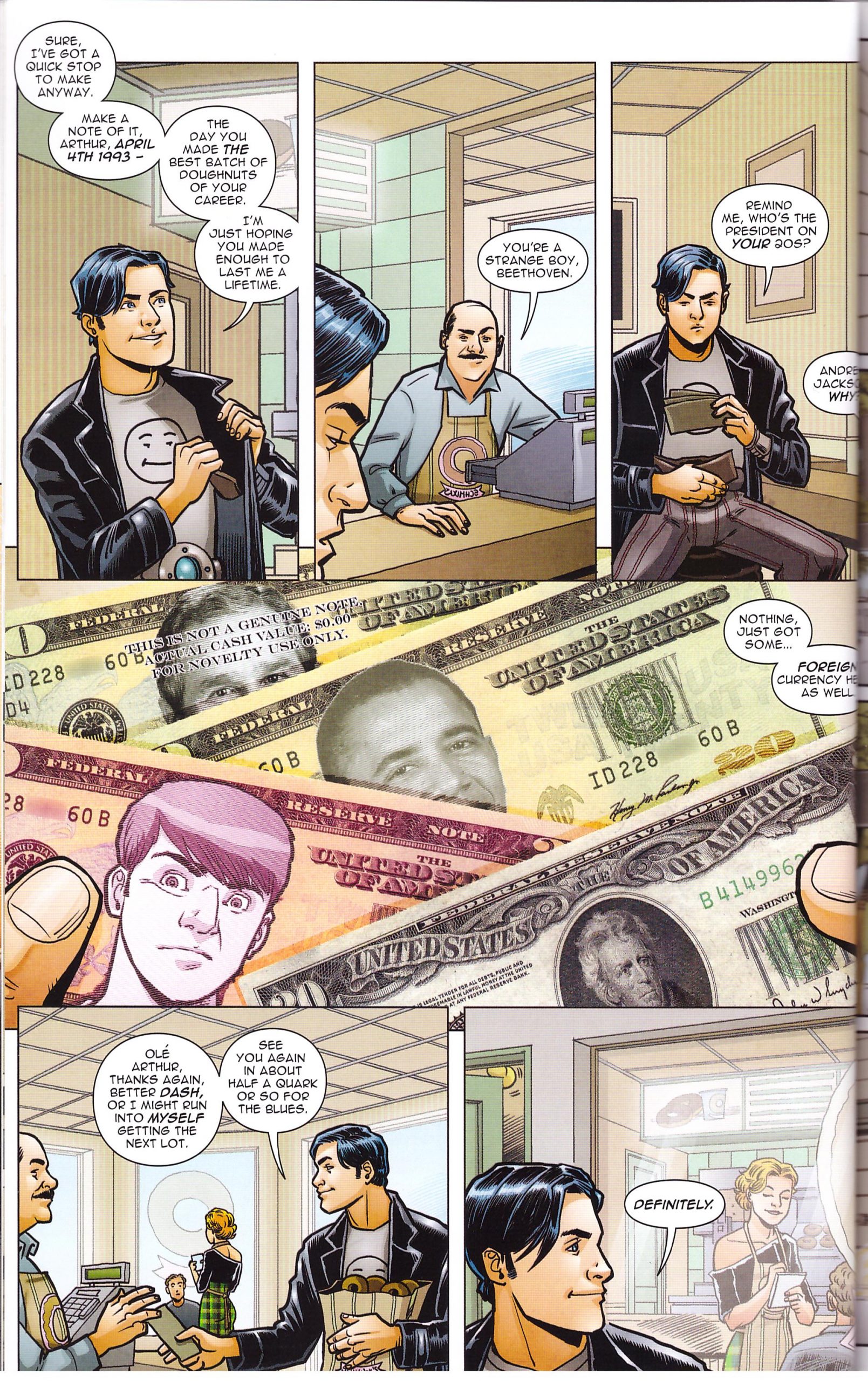 The Time Travelling Tourist does exactly that. Calling himself Beethoven Jones, he sets his wrist device for famous moments in history, pops in, takes a few pictures, and pops back to the 21st century for a few more doughnuts at Schmuck’s, where he’s infatuated with the waitress, Rebecca. He’s no great respecter of the times, taking selfies on the Titanic and at Abraham Lincoln’s assassination, and it seems his activities have attracted attention for their disruptions.

William Geradts and Richard Fairgray’s concept has many applications, but they’ve gone for light comedy broadening into adventure, in the style of Back to the Future, and a lot of the time it works. With an idea that good it’s easy to slip in a satisfying scene, such as two thugs being transported back to the Jurassic era, and Geradts and Fairgray choose their historical moments well, sometimes using them for more than just a quick joke. When Rebecca becomes more involved her very different ideas about the applications of time travel are funny as well. Gonzalo Martinez draws everything in an efficient open style, never fazed by historical detail, and selling the visual jokes.

The biggest problem is Beethoven’s pursuit of Rebecca, which is intended to have a movie style charm, but transmits as every bit as creepy as it’s called out as being, and other than needing to be the case for the plot, there’s no way any smart woman would respond as she does. She’s further manipulated for the sake of the plot, not above using time travel for petty personal revenge, yet calling out Beethoven for his obsessions. Of lesser importance is the eventual revelation of how Beethoven travels through time, not quite a science fiction cliché, but not original either.

Also disappointing is the production, the sample art being a fair representation of how many pages read, with the dialogue and art disappearing into the spine binding.

The idea is good, and there are funny moments, but The Time Travelling Tourist could have done with a little more refining before production.