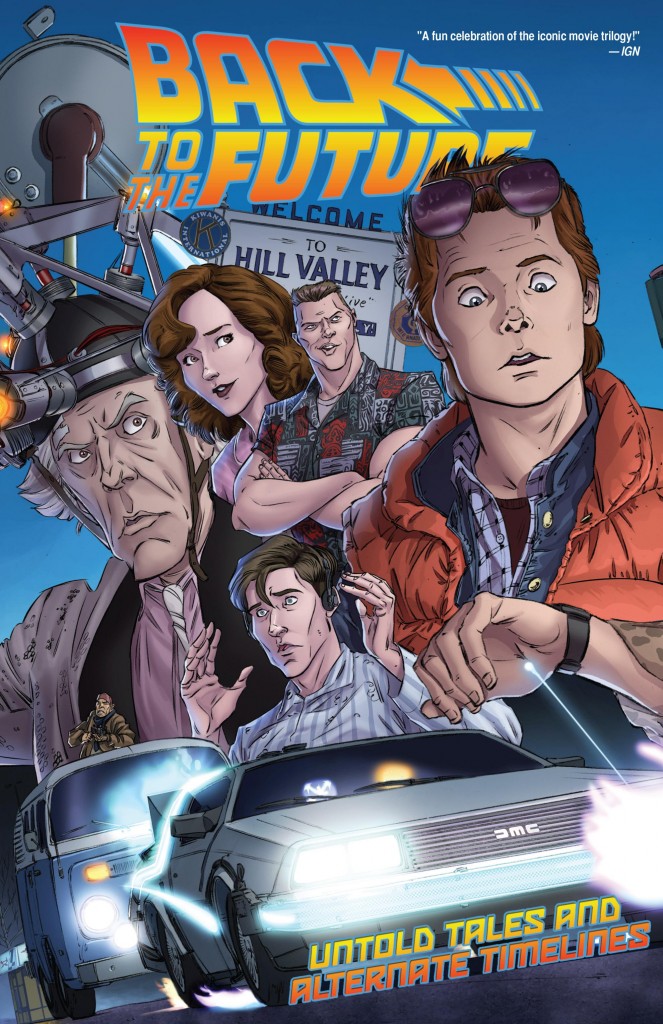 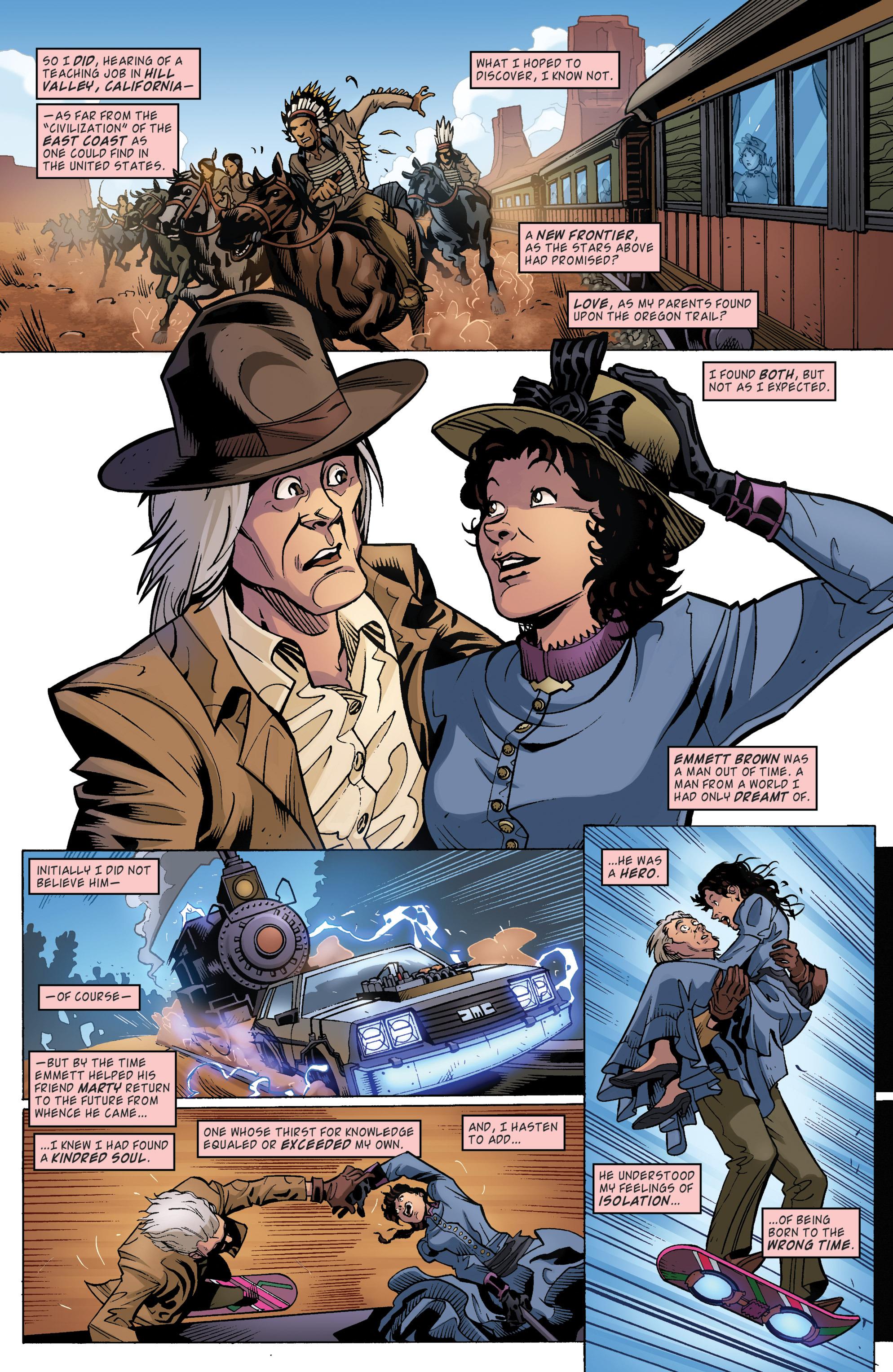 From what was considered a fun movie in 1985, the reputation of Back to the Future has over time become ever more respectable as new generations are enthralled by the adventures of Marty McFly and Doc Brown.

When approached regarding a comic series, story creator Bob Gale was faced with a conundrum. The original films created a finely balanced trilogy, and, as he notes in his introduction, the time travel element sustained a tension because it wasn’t repeatable. Escaping from the past was a one time only deal, and any series that randomly plopped Marty and Doc back for new adventures would seriously dilute that. His solution was to focus on the characters only during periods established in the films, filling in answers to continuity questions posed by fans as the starting point.

Gale’s opener establishes how Marty and Doc first met, and he follows that with Doc’s induction into the Manhattan Project, how Doc’s house burned down in the 1960s, where the DeLorean came from, whether George and Lorraine missed Calvin Klein, and several more fulfilling the Untold Tales portion of the title. The alternate timeline concerns the final tale in which Doc Brown visits 2015, but as it was, not as seen in the movies. Gale collaborates with John Barber and Erik Burnham, both already writing licensed properties for IDW, and by the end of the book they’re contributing to the plots as well as scripting, having struck the right tone. There’s also a clever framing device using Doc in the 1800s serving as story narrator, but with a larger purpose.

While the plots and character touches Gale provides all slot neatly into the continuity and all entertain, the art is less splendid. A variety of artists employ a variety of styles. We have Chris Madden’s Manga influenced pages presenting only figures, Corin Howell’s not entirely appropriate goofy exaggeration, Alan Robinson’s slightly static realism, and whatever Brent Schoonover was going for on the opening story, it didn’t work. Cartooning is the order of the day, with cast likeness variable, although perhaps permission was required and not given. On the more acceptable side we have Dan Schoening, Ryan Browne, and the oddness of Erik Evensen in a tale in which Doc makes an investment.

Of all the artists only Marcelo Ferreira, sample page, illustrates two stories. He obviously impressed the editorial staff most, and it’s easy to see what appealed. His cartooning is detailed, with an exaggeration that doesn’t spill over into mugging for the camera. As what was originally a limited project became an ongoing series he became the regular artist, seen in the following collection Continuum Conundrum.

Due largely to the art, this is a patchy collection, but anyone who loves the Back to the Future films will enjoy this exercise in grouting over holes.