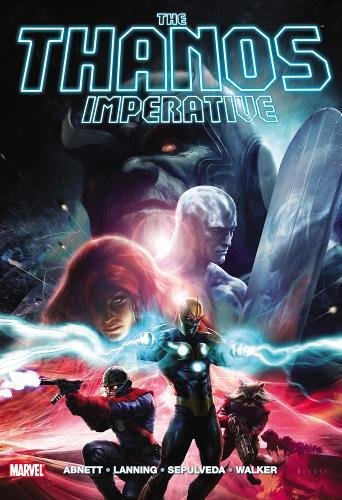 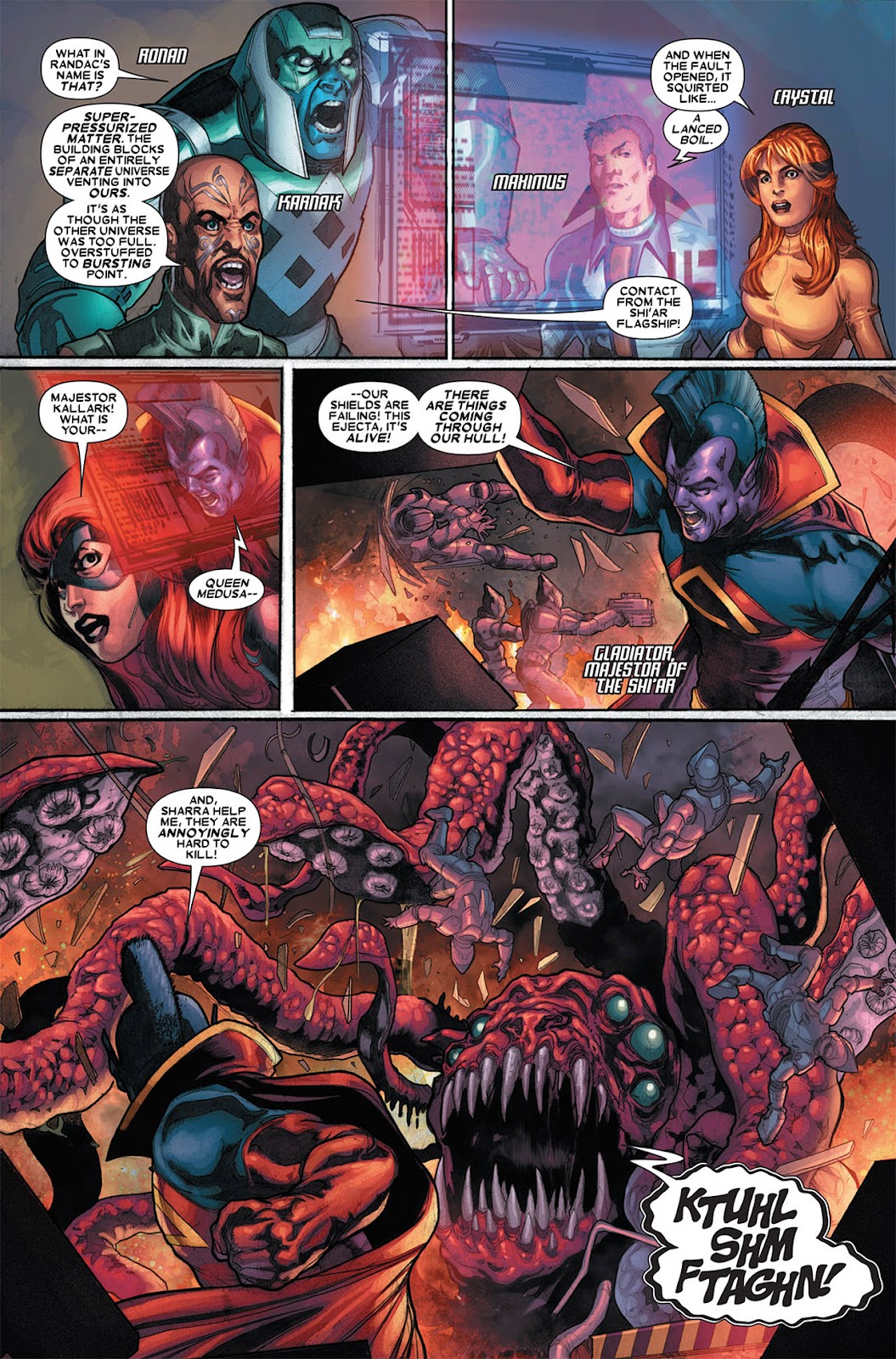 The Thanos Imperative spins out of Dan Abnett and Andy Lanning writing Guardians of the Galaxy. Assorted cosmic shenanigans of the past have weakened the fabric between the standard universe and a malign reflection referred to as the Cancerverse, where evil wants to invade, which sounds very much like DC’s later Dark Nights: Metal. Star-Lord has concluded the only means of holding back the invasion is Thanos, but unfortunately he was a casualty during Annihilation.

A uncharacteristically dull monologue explaining Thanos, his history and his motivations opens the story, but at least it provides artist Brad Walker with the opportunity to dazzle with some montage pages. It’s followed by Abnett and Lanning introducing a large selection of space-based Marvel characters, including the Inhumans at this stage of the continuity. It sizes up the sheer power on call, along with the level of threat generated by Adam Magus, Warlock’s evil doppelganger, and the opening chapter ends with a genuine surprise.

When the main event kicks off Abnett and Lanning keep adding to the cast, and skirt around them providing pompous or despairing dialogue according to circumstances, with their Silver Surfer a constant tongue in cheek joy. The plot boils down to two main aspects beyond the space invasions seen before. The invaders are keen to track down beings they consider anomalies, foremost of which is Thanos who’s absent in their universe, and when he pitches up he can do what no others can and make death a permanent state. There’s a smart reason for this, and a joy in seeing the alternate universe’s versions of familiar characters, both the corrupted and the resistance.

Everyone and everything is drawn with a detailed relish by Miguel Sepulveda, who looks like he’s enjoying himself as much as the writers. He draws the six core chapters with no loss of scope toward the end, making good use of large panels and pin-up pages without ever losing control of the story. He’s scaled up Thanos to be slightly larger than usual, but every artist has their individual quirks.

Abnett and Lanning keep the twists coming, so keep The Thanos Imperative fresh, even working in well conceived motivations connecting with the title. It’s a shame no event is considered complete without casualties, but they didn’t prove to be long term, and neither did The Annihilators, the series launched at the end. Marvel’s continuity has moved on considerably, but this still entertains as intended.