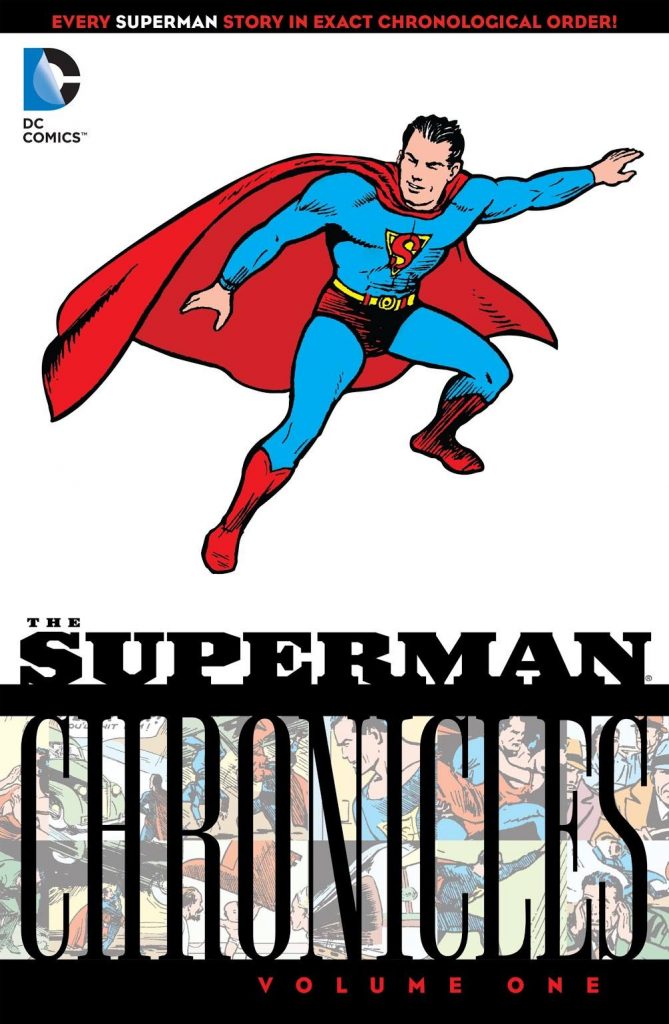 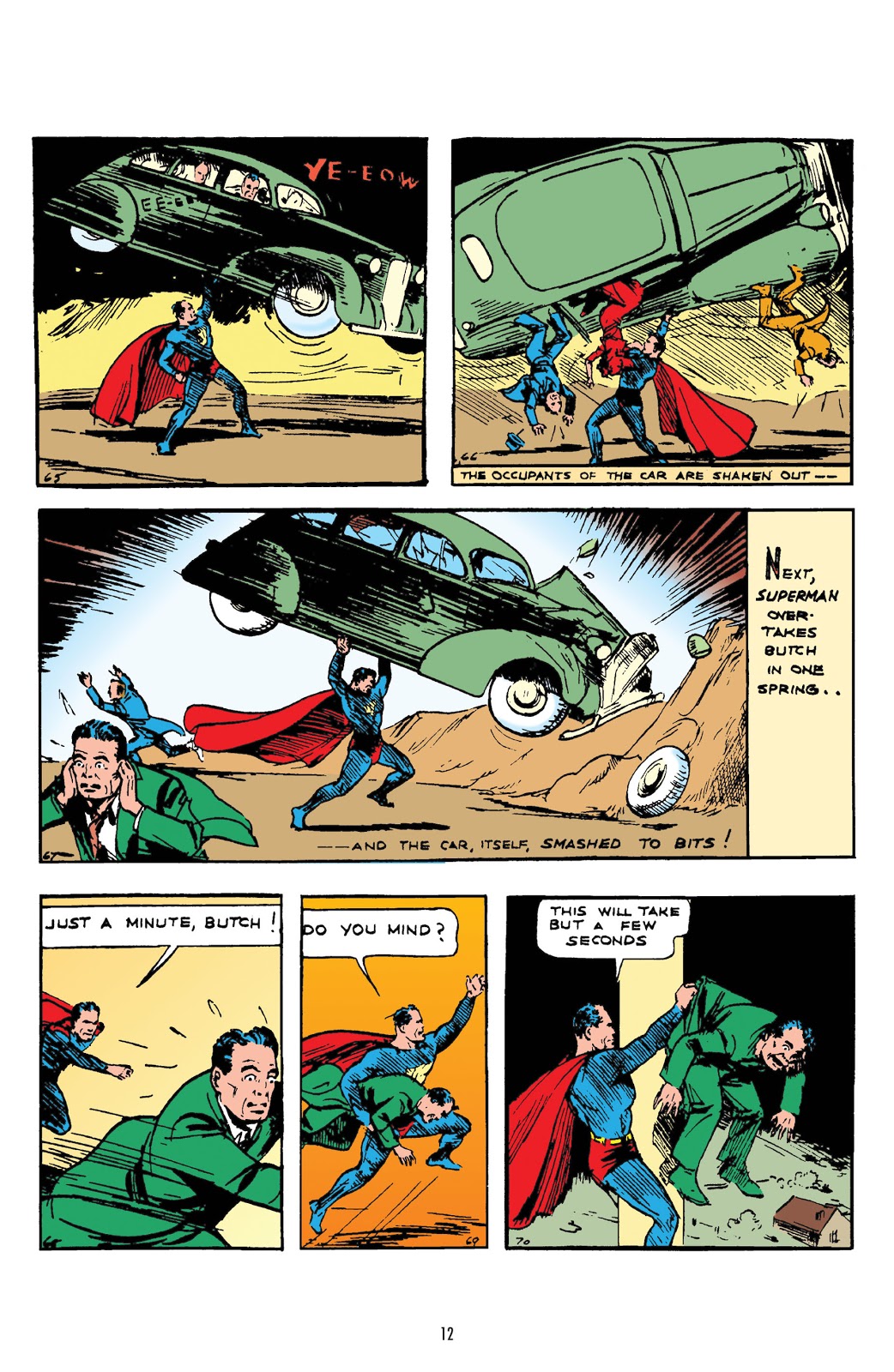 The paperback Superman Chronicles series presents Superman stories in the original order of publication, so differing from the hardback Action Comics Archives and Superman Archives, whose content runs concurrently through the 1940s. It also features a special standalone story of Superman promoting the 1939 World’s Fair unavailable in those collections. Another bonus is this being a far more affordable gathering of the earliest stories of the first superhero by original creators Jerry Siegel and Joe Shuster.

Compared with the Superman of today, his powers are scaled back, but in 1938 it was fantastic enough that nothing less than a shell could penetrate Superman’s skin, that he could run faster than an express train and leap over eight storey buildings. Yet despite that Siegel and Shuster go out of their way to portray Superman as human, emphasising his journalist alter-ego Clark Kent, having him address social problems, and corruption among elected representatives and businessmen. This Superman doesn’t care about social niceties, the strips often founded on bullies meeting someone more threatening than themselves, and he’ll wreck the production machinery of industrial swindlers. When one crook writhes free of him and drops from the sky, Superman comments it’s what he deserved. It’s wish fulfilment on the part of shy, bespectacled creators who had their own desire for justice and use Superman to ensure those who don’t play fair live to regret it. Wife-beaters, reckless drivers, sports cheats, and assorted swindlers are all dealt with, and there’s a human element to many of the stories as Superman helps out a circus owner on the verge of bankruptcy or a mother whose son is the victim of poverty.

Despite the energy these strips possess, what’s lost is the sense of awe at Superman’s feats that would have been widespread in the late 1930s. We’ve seen it too many times escalated from what he can do here, and drawn by far better artists. For all that Shuster co-created Superman, he’s very limited and the drama of Siegel’s scripts is so often dulled by that. A melodramatic scene has Lois Lane telling Clark Kent that she despises him and loves Superman, ending with Clark having to leave the room before he bursts into laughter, yet Shuster’s illustration kills the idea. His greatest strength is composition, such as the sample art from the first Superman story, now an iconic image, but because a better drawn version graced the cover of Action Comics 1. Shuster improves slightly as he draws more stories, but there’s also the suspicion that from relatively early an uncredited inker might be tidying the art. Leo O’Mealia’s illustrations for Action Comics where Superman wasn’t the cover feature are also provided, and he’s far more accomplished.

Superman’s origin is provided in two versions, the longest occupying just two pages, very much an indication of different storytelling priorities in the 1930s. He was just a single feature in Action Comics, so this collection packs in fourteen of his longer adventures, and several one and two page strips. They’re difficult to read because the art is so unattractive, but by the midway point Siegel is constructing viable thrillers perpetuating mystery and drama. They’re of their time, but work as intended, and if redrawn today their strengths would be more obvious.

For all their historical importance, though, the strips are no longer classics. We can’t travel back to the late 1930s to experience the original wonder first hand, and they’ve long been bettered. They’re also in Superman: The Golden Age Omnibus, and the subsequent bulkier paperback Superman: The Golden Age Vol. 1 combines this with Superman Chronicles Volume Two. 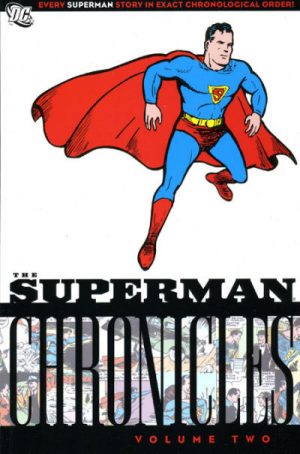 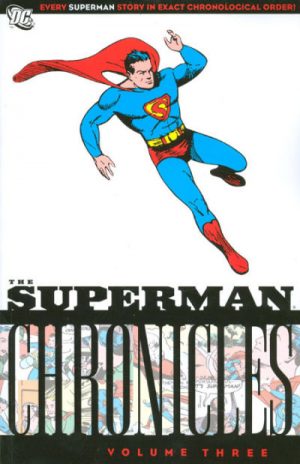 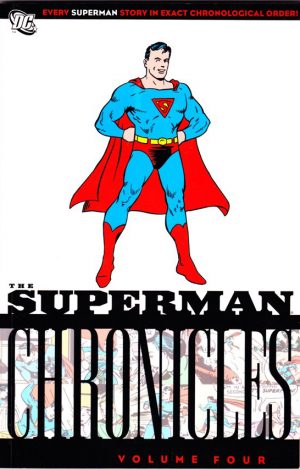 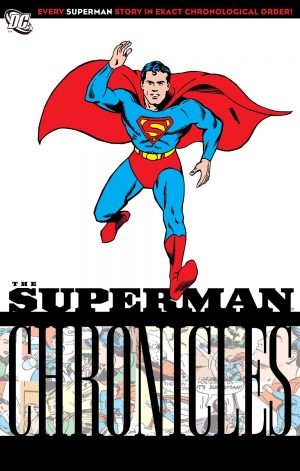