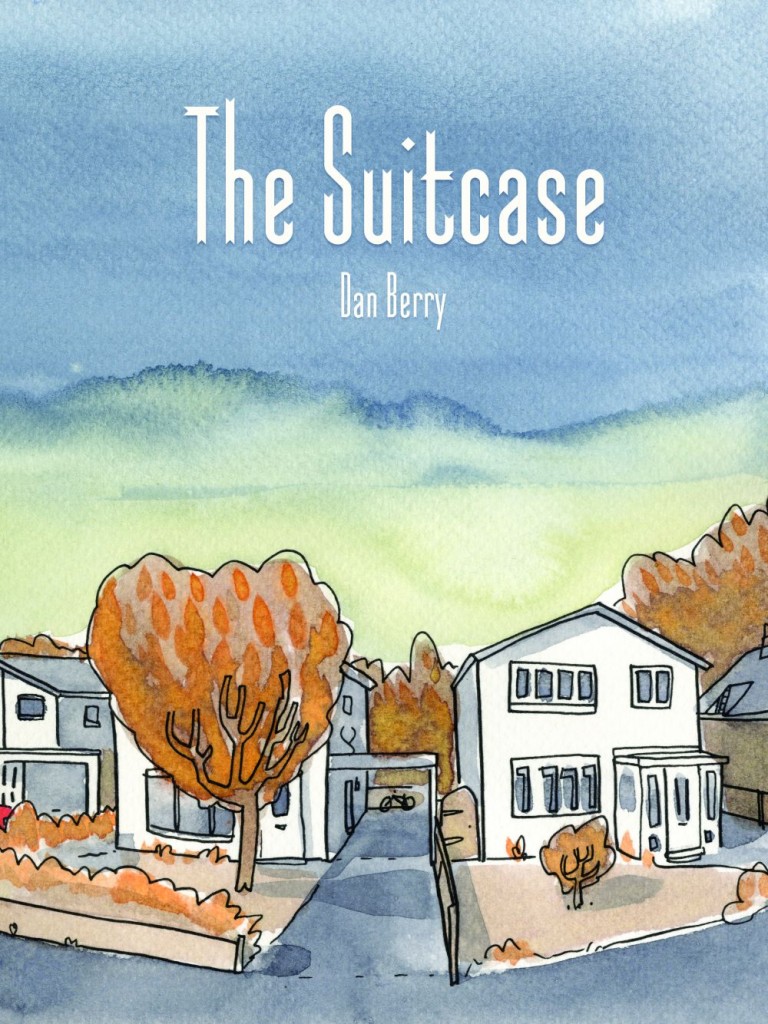 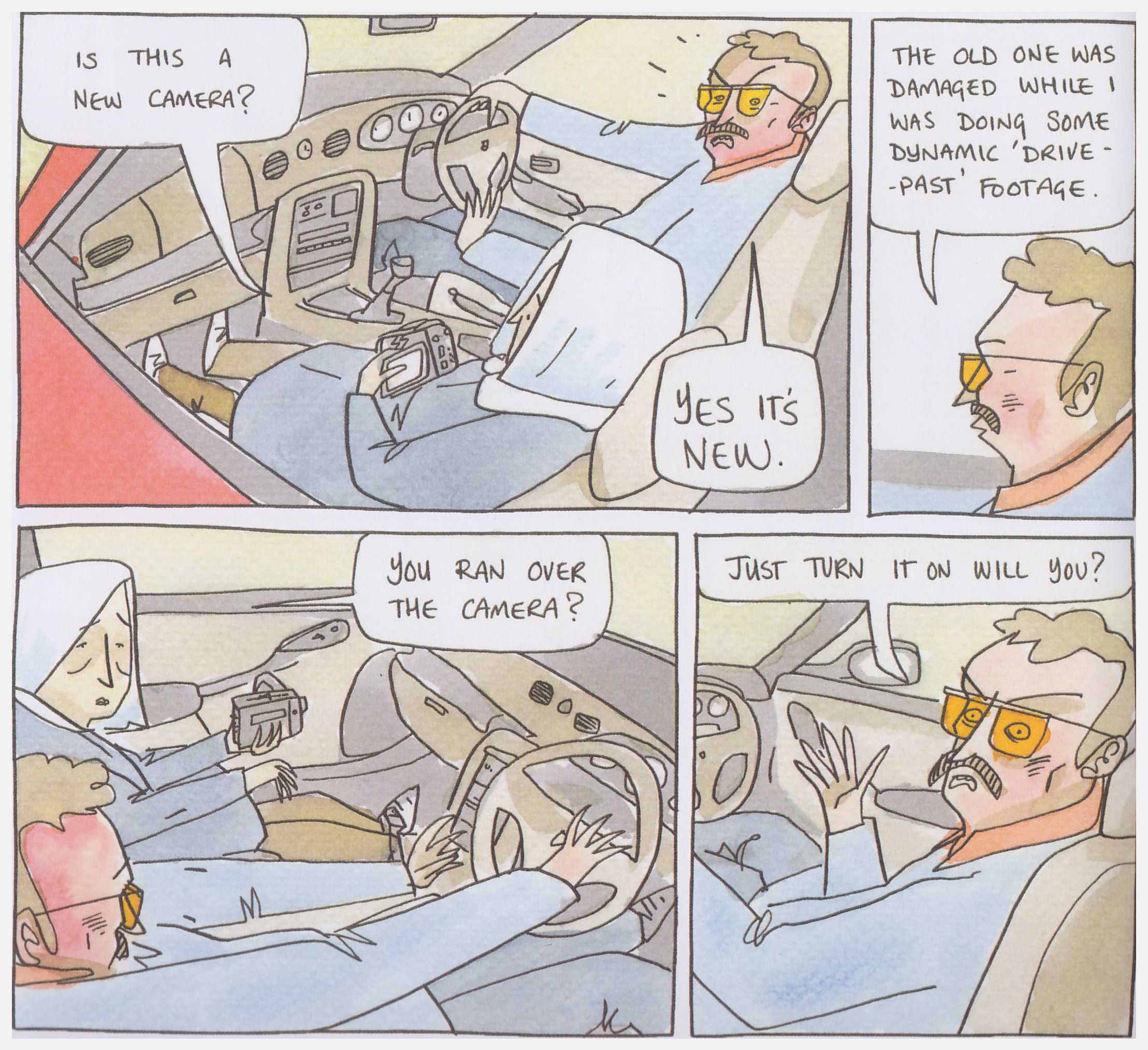 Dan Berry has a fascinating style of cartooning. His jagged, downbeat figures scratch across the page, and each can be allocated their individual sound effect. The suitcase of the title contains a dead dog. Helen has been looking after the dog for a neighbour while he’s away on holiday, and while the death isn’t a surprise, Helen needs to transport the corpse to a vet. She doesn’t drive, and her other neighbour is too preoccupied with his indulgences to help, hence the suitcase.

Berry uses this simple process to explore the four main members of his cast via comedic set pieces. It’s Richard who’s the standout, a constantly simmering pot of repressed rage for whom the remainder of society are hindrances to his own activities, ranging from the inconvenient to the deliberately obstructive. He’s a sadly familiar figure. Every middle class neighbourhood houses someone completely lacking in sympathy and understanding with the certainty the world would run smoothly if only everyone else complied with the rules they have in their head. Richard’s character is sealed via the ludicrous ambition of wishing to appear on iconoclastic motoring show Top Gear, the joke accentuated via his complete ignorance of the way his idols would view him.

If there is a complaint about this engaging and diverting read it’s that it’s also a very quick read. The page count matches similarly priced product such as Lucky Luke and Tintin, but large panels and overly extended sequences eat up the pages. A more experienced cartoonist wouldn’t have required four pages to depict a rabbit awkwardly being replaced in a hutch, for instance. It’s an error that time will correct, and for bonus material stop by Berry’s engaging blog page.