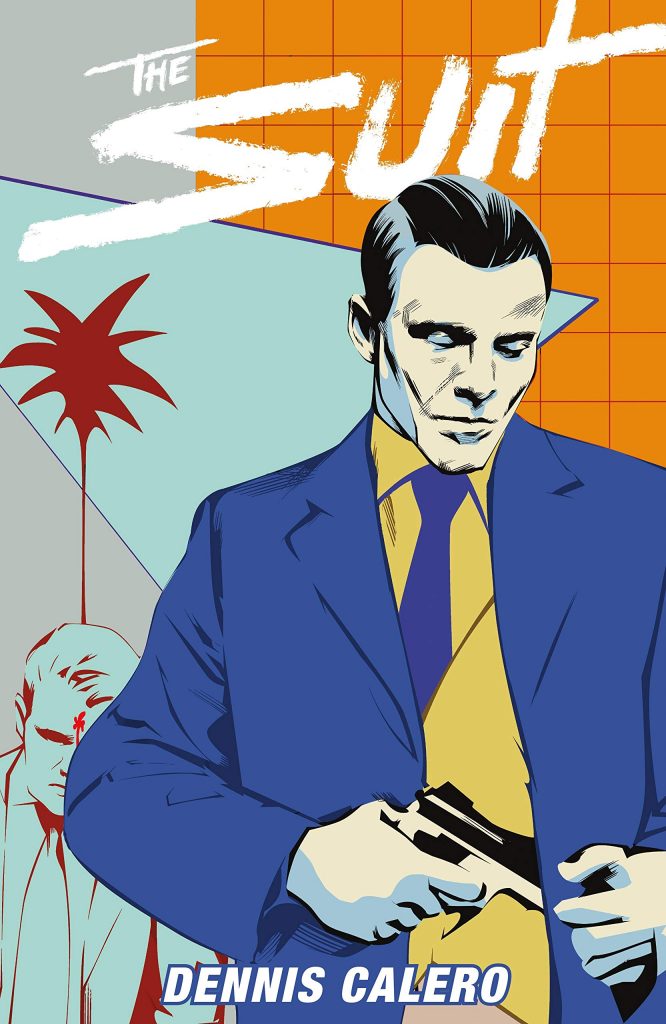 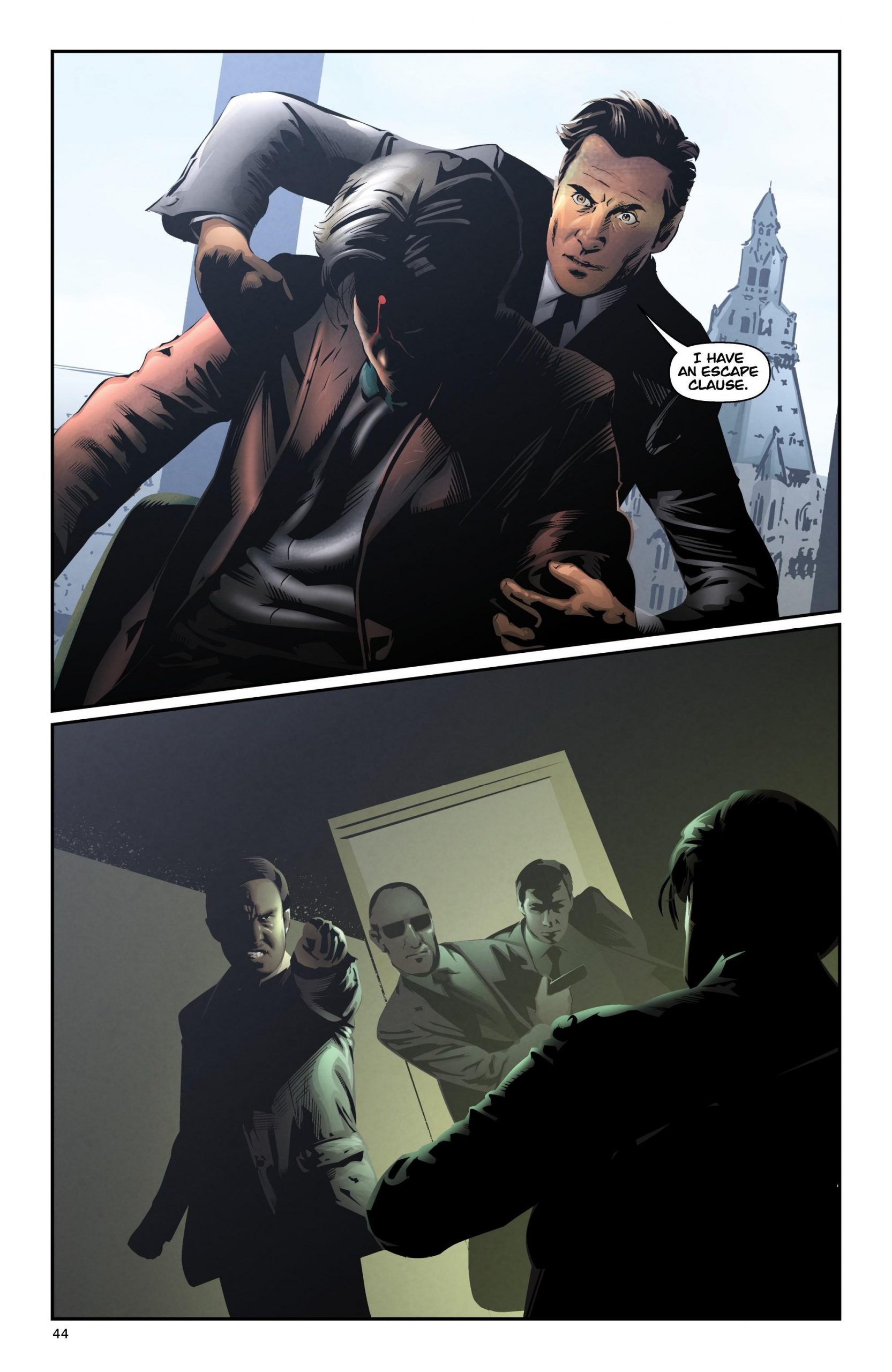 In an opening chapter satirically titled ‘Tough Day at Work’ we follow a family man living in the suburbs as he travels to work at a company on the verge of being taken over by a Japanese corporation. Their directors are in the USA to oversee matters. He’s never named, formal, humourless and utterly dedicated. He heads for the apartment the Japanese are renting and murders almost all of them. It’s difficult to know what to make of this. Is it intended as some form of satire? Is it all a dream? Reading further indicates it’s neither. The man in the suit is relentless, James Bond crossed with the Terminator, and the appalling work he carries out is seen as just business.

Denis Calero had plenty of comics experience before creating The Suit, almost all of it as an artist, which makes it strange how little he’s taken on board about pacing a story. Around a quarter of an already slim book is taken up with process material, leaving only seventy story pages, through which Calero the writer prioritises the desires of Calero the artist. It results in things like a six page sequence of the man in the suit rampaging through the streets of New York on a horse, which look great, but just pad out an already thin plot. No-one has any character, they deliver lines instead, and the few momentary flashbacks to the Vietnam War are only there to validate the 1980s setting rather than adding depth.

Under other circumstances Calero the artist might rescue Calero the writer, after all, he’s been good enough elsewhere as can be seen from the professional cinematic layouts. Unfortunately, though, he’s opted for a form of digital tinkering, supplying many faces with a false, posed look, and horribly stiff figures.

Beyond all that, so much makes little sense and has to be taken as given. Is the man in the suit actually a Terminator? There’s no explanation for him being able to do what he does and survive what he survives. Calero’s notes accompanying the page layouts in the back refer to an intention to instil a dreamlike mood, but this comes across more as justification for a plot that may make sense to Calero, but which won’t impress anyone who wants some logic or personality bolstering their crime thriller.