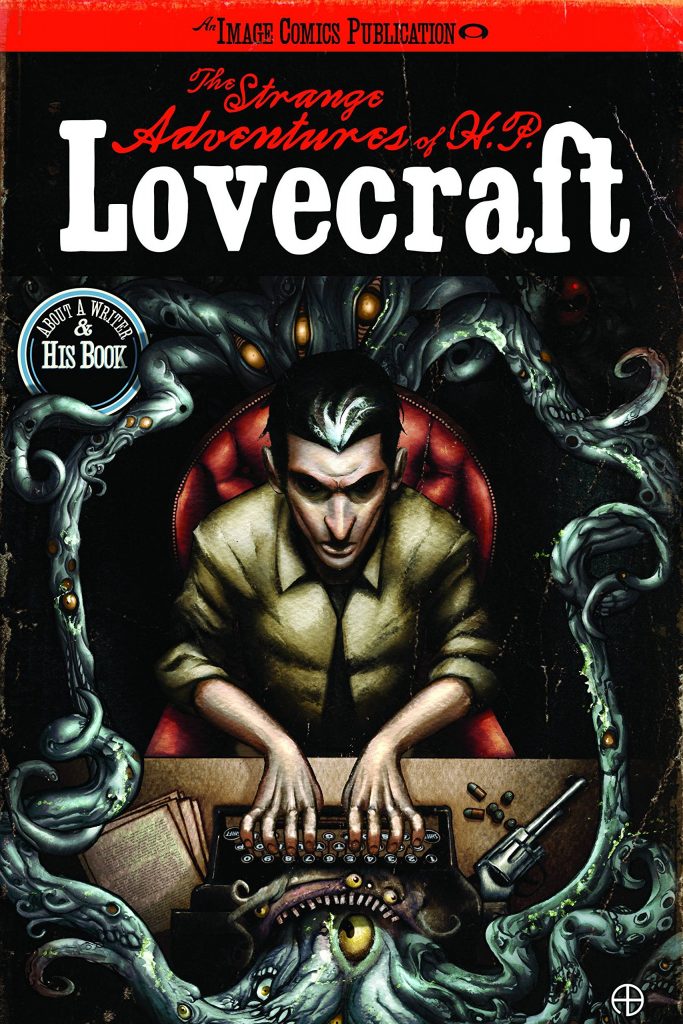 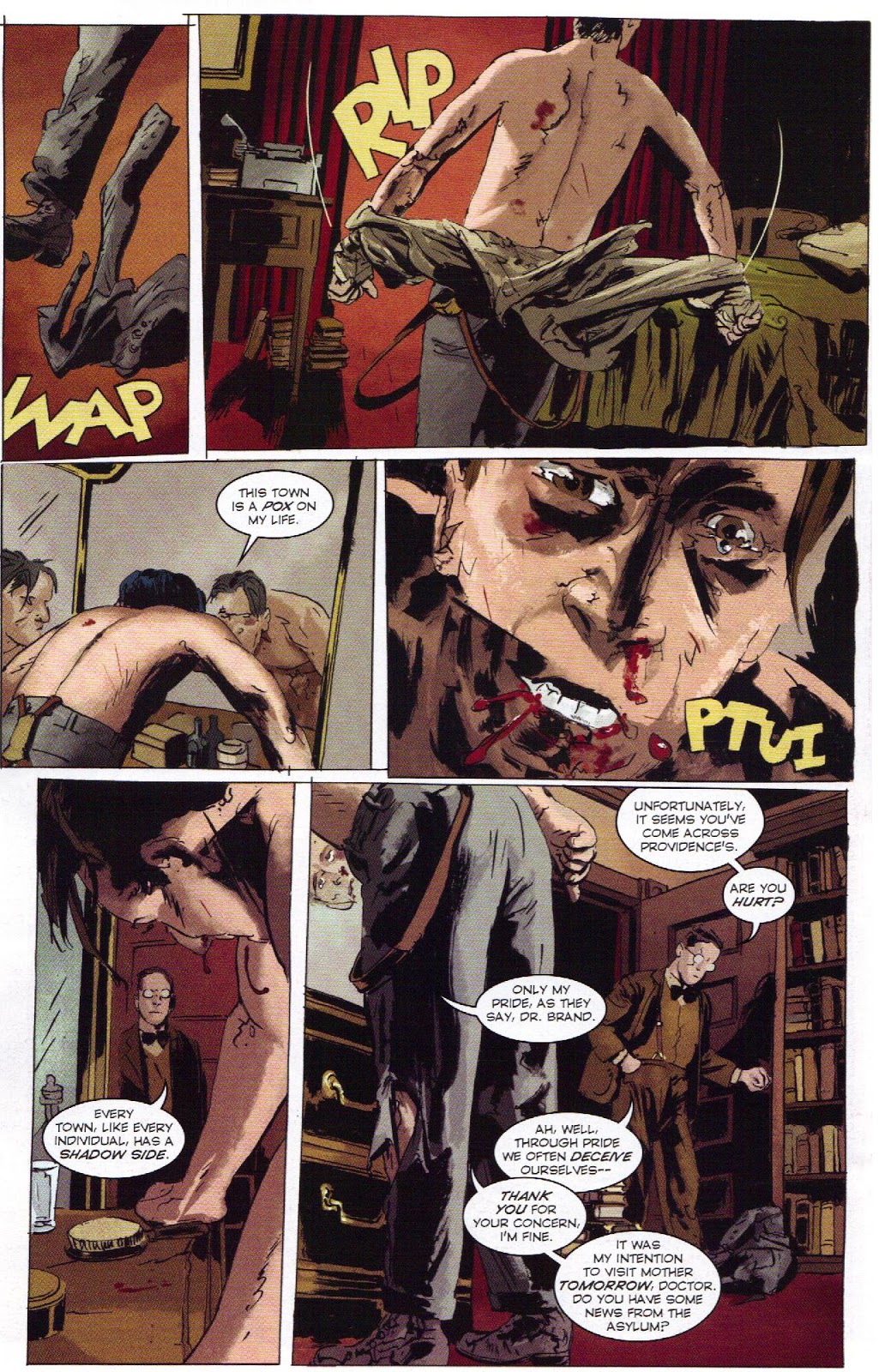 Howard Phillips Lovecraft has become the world’s most respected horror writer, a man whose innovative work has influenced subsequent generations. During his lifetime, though, he stuggled financially, the acclaim only growing after his death, and during the 1920s he was paid by the word for his stories, which appeared in pulp publications. It’s this Lovecraft Mac Carter and Tony Salmons present. Lovecraft is in his mid-twenties, living in Rhode Island, overseen by elderly aunts, his father having died during his infancy and his mother hospitalised due to mental health problems.

Considerable time is taken to present Lovecraft as a reclusive and pitiable social specimen, mugged by sailors, finding the woman he loves, yet cannot properly talk to, screwing someone in the back seat of a car, and tormented by dreams. After that’s been established we learn that events of one particularly nasty revenge fantasy dream have actually occurred in Providence harbour.

In reality Lovecraft often channelled disturbing dreams into his fiction, so it’s no great step for Carter to extrapolate that into Lovecraft literally fighting his own demons. The result, though, lacks finesse and logic. Carter uses the tropes of modern horror fiction such as the tormented loner no-one believes for what’s in effect an unimaginative slasher reinterpretation of Lovecraft’s life. It’s viable, but disappointing, and not given any flourish by Salmons, whose sketchy illustration is energetic, yet too exaggerated when it’s not needed, and lacking any emotional weight. Physical weight is also problematical, people all too often floating on backgrounds.