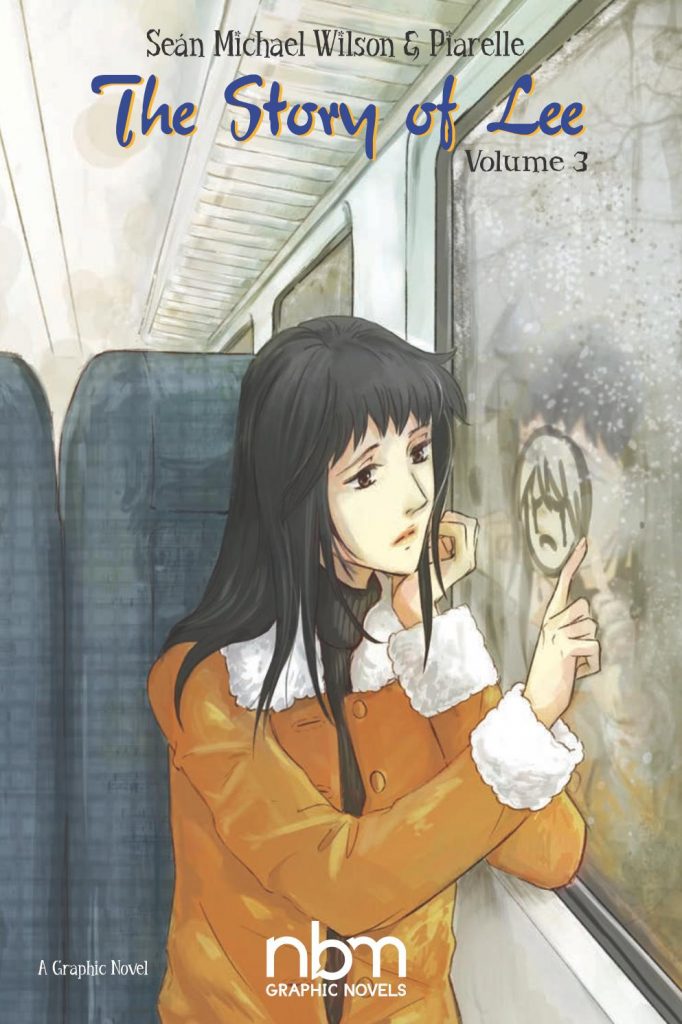 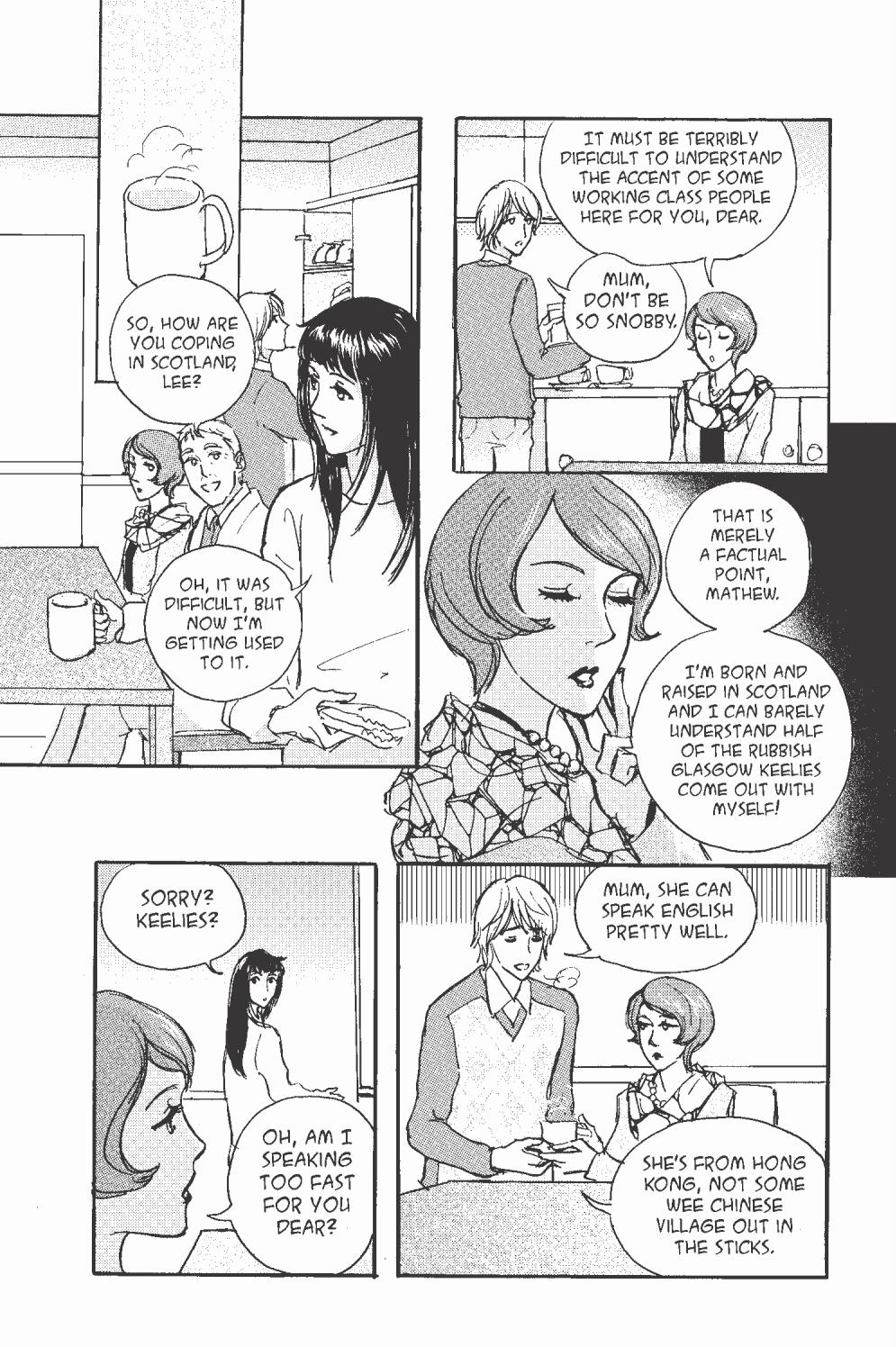 This concluding volume of Lee’s story moves forward from events in volume 2, with Lee now three months from the end of her course in Edinburgh, and having established some friendships independent of her Scottish boyfriend Matt. Thankfully, it’s a return to form for Sean Michael Wilson, presenting more believable relationships, romantic and otherwise, in the course of an unpredictable drama.

We have another new artist, Piarelle, an alias presumably derived from Pamela Lokhun’s initials, and she’s great leap up the quality ladder from the work in volume 2, remarkable for this being her first graphic novel. There’s a confidence and economy about her pages, yet with space for the occasional baroque design, and the cast are once again expressive, very important for a slice of life drama. A few flat faces and an underpopulated Edinburgh are the biggest faults, one scene featuring dialogue about the amount of traffic in the city with the accompanying illustrating showing only the speaker driving along a long street. British readers may take issue with the way she depicts parked cars, but her version is standard in some parts of Edinburgh. Piarelle ought to develop into some talent.

While the rougher side of Edinburgh was previously included, Wilson offers far more bite here, not only covering British racism and snobbery, but political protests in Hong Kong as viewed from abroad. Unlike volume 2, both the political discussions and protests feed far more directly into Lee’s story, and so feel more natural. The same applies to the arguments that arise between Lee and Matt, which don’t come across as artificially generated this time, and a touch of near magical realism, nice enough on its own, is well integrated as a later sparking point.

Over three volumes, The Story of Lee occupies around a year of Lee’s life, one of considerable growth and change, largely presented with sensitivity and enthusiasm, and a naturalism that works well as Lee comes to terms with how she really feels. It’s likely you’ll sympathise with her as much as Wilson does, and we leave her with the knowledge that she may not realise it herself, but her experiences have forged a character that will see her well through the remainder of her life.

It’s easy enough to pick up Lee’s story with any of the three parts, but if preferred, NBM also market a package of all three.