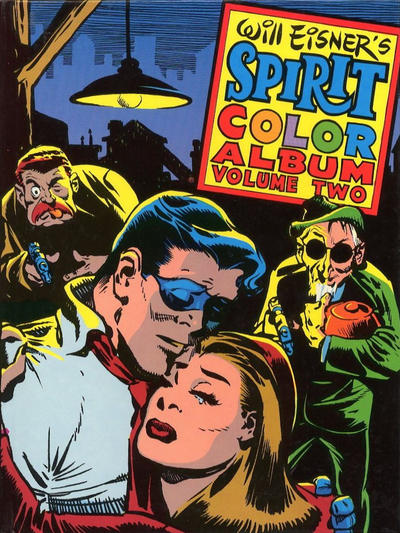 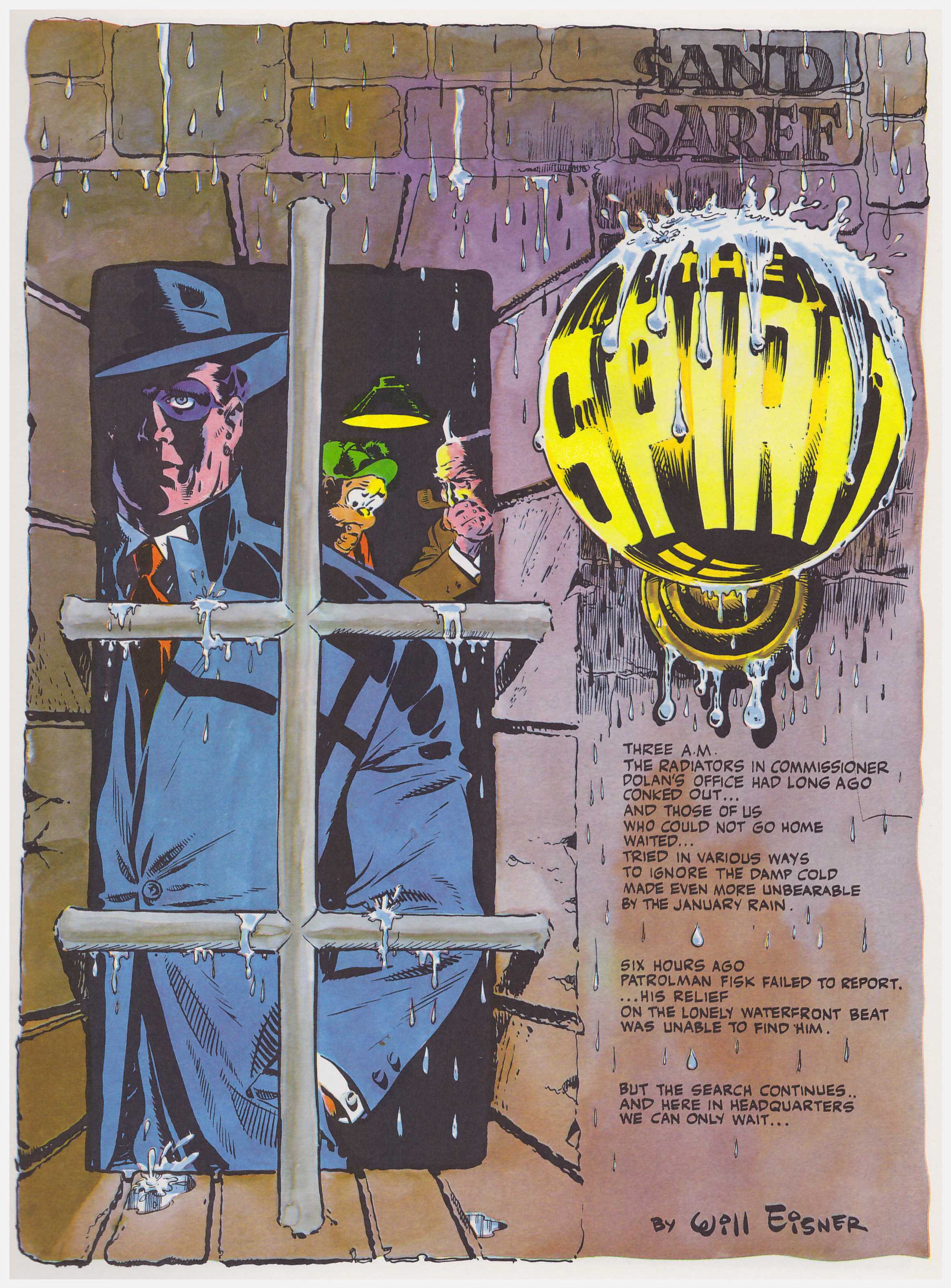 Here are another thirteen seven page Spirit stories, all culled from his prime period of 1948-1950, and as the cover indicates, the theme of many is love.

As with volume one, it may be the case that this material has now been made available in more durable form in the Spirit Archives, but those wanting just a sample could do far worse than this book. The bonus is that it’s published in an oversized hardback European album format on pristine white stock that shows the art to best advantage.

If that’s not enough to tempt, the collection also includes what creator Will Eisner would perennially note as his favourite Spirit story. There is no better tale exemplifying the heart-touching streak of sentimentality with which Eisner infused his material than the tale of Gerhard Schnobble. He’s a small guy whose life status is ‘put upon’. As a young child he discovered a talent, but was forbidden from using it, and he’s grown to middle age without ever doing so again. At a low point, he throws caution and himself to the winds, yet his liberation occurs during a battle between the Spirit and some thugs.

Eisner was years ahead of Jack Kirby in incorporating photographs into his art, in Schnobble’s story of Manhattan’s skyscrapers, and elsewhere there are plenty of examples of his gorgeously designed splash pages. Some are noir masterpieces with the rain battering the walls of the police station as the Spirit, half in shadow, gazes wistfully through a barred window, others wonderfully comic, such as the arrival of Eastern European war bride Kretchma, her personality captured in a pose, her gun slug over her shoulder.

The Spirit maintained an allure for all sorts of independent and dangerous women, but Eisner saved his greatest love story for relatively late in the run as the Spirit became reacquainted with his childhood sweetheart Sand Serif. What makes this stand out from many similar stories is that Eisner delves back into their shared childhood poverty, building Sand’s character from those days, explaining what she’s become.

Elsewhere we have Commissioner Dolan in love, Sammy in love, Ellen Dolan in love…, but don’t get the idea this is a series of sappy romance narratives. Eisner was always way better than that, and it’s displayed in the stories of Bleaker Moore and Sparrow Fallon, and the obstacles he throws in their way, beginning with Bleaker’s seeming moral ambivalence and willingness to fall in with wild child Powder Burn. The couple only featured in four stories, all reprinted here, and with a great variance in mood and style.

Other material has the Spirit as candidate for Mayor, and Dolan’s experiences when he’s elected instead. Eisner regularly took the real world murkiness of local elections as the basis for his Spirit stories, highlighting the battle for honesty in the face of seemingly ubiquitous corruption.

Every seven page story is a compact gem, and as an anthology selection this book has the luxury of selecting the best from the best.