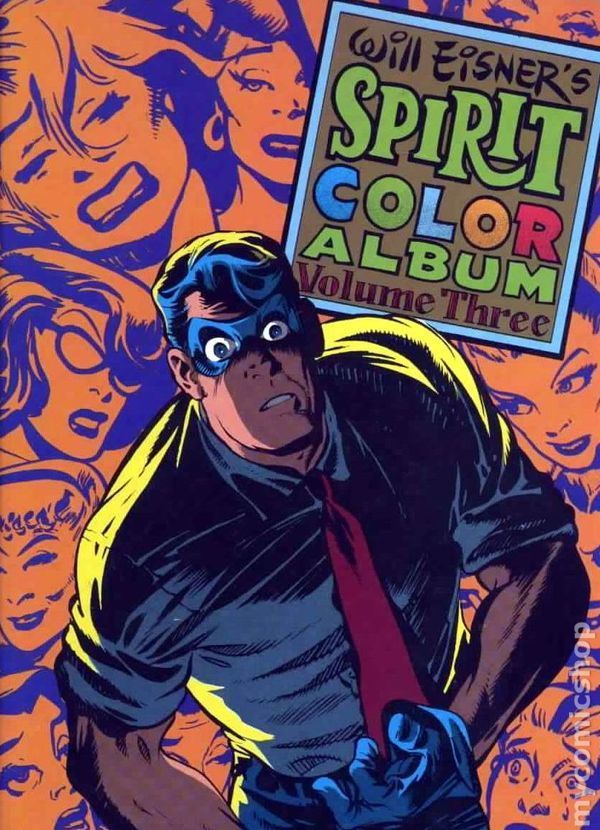 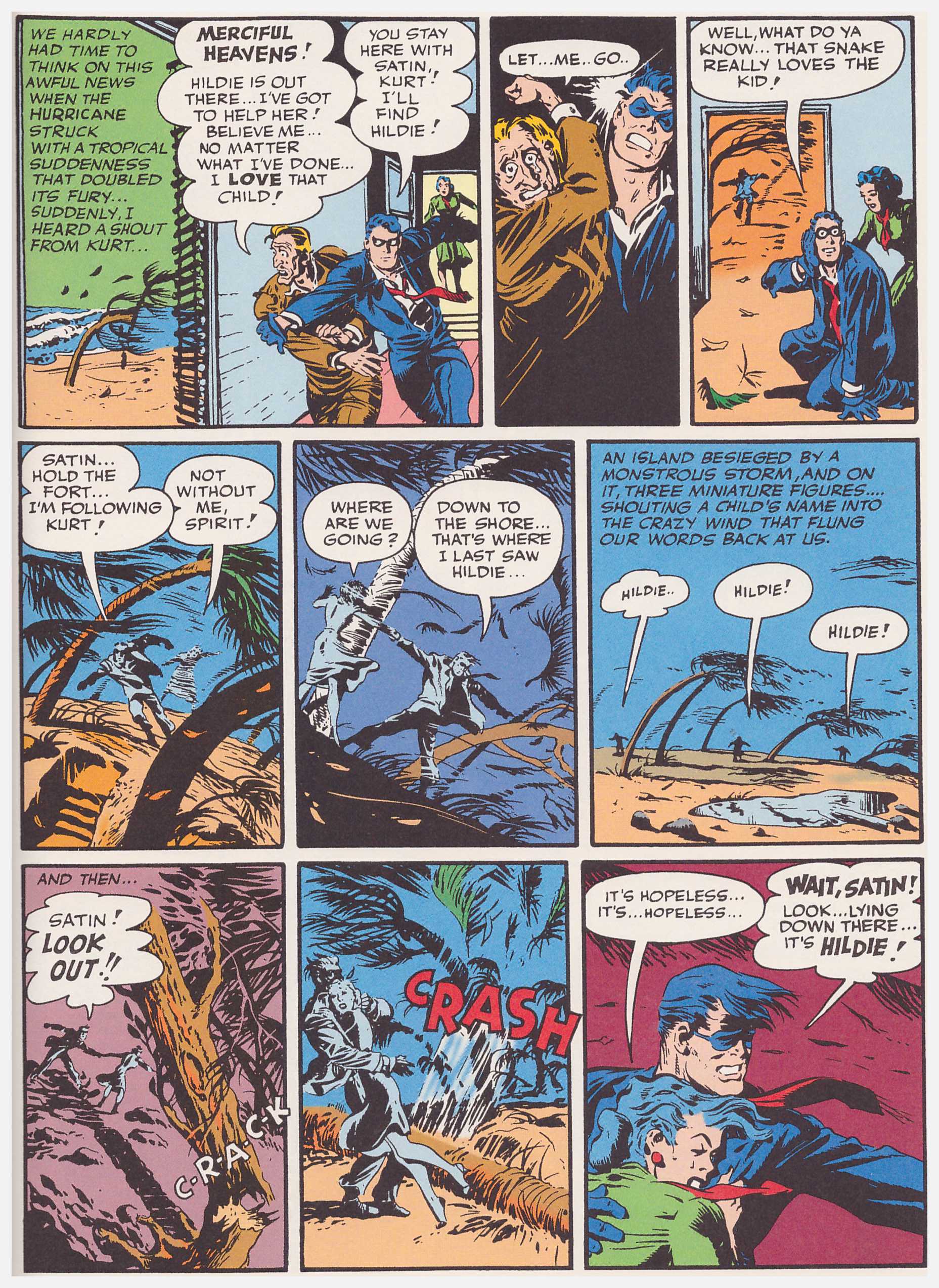 This third oversize collection of Spirit reprints is another fine selection, this time concentrating on the more obscure of the glamorous women who plagued the Spirit between 1946 and 1950.

Silken Floss’ profile has been raised by her role in the Spirit movie, but Autumn Mews, Plaster of Paris, Wild Rice, Thorne Strand, Sylvie Vault and Cider Sue remain largely unknown, their purpose in the weekly strip served by one or two appearances.

Nylon Rose is the earliest of these post-war femmes fatales, only seen in 1946 and one note compared with the complex women Will Eisner would later create, a caricature of the romantically aggressive woman seen in films of the era. The stories in which she features are written by Eisner, but drawn by John Spranger, whose more exaggerated cartoon style lacks Eisner’s finesse.

The two appearances of Sylvie Vault, in ‘April Fool’ and ‘Pinhead’, are little known or acclaimed in the Spirit canon, but read individually they’re excellent, and showcase several themes Eisner reverted to time and again. The most obvious is the manipulating woman, but there’s also the unknown – a man reads a paper dated the following day, and reporting his death – and the love of playing against type. This is apparent in Sylvie’s companion, an ugly brute of a man, but one with the soul of a poet. These date from 1947, with Eisner now doing far more than laying out the material.

Eisner’s best art here is reserved for the return of Silk Satin, the only recurring woman (other than the regular Ellen Dolan) to survive from the World War II years. Here she and the Spirit are trapped on a remote island during a hurricane. Eisner uses both smaller panels and smaller figures than usual, indicating the fragility of man when pitted against nature in a cinematic gem. Plaster of Paris’ tale is another artistic tour de force, dancing and swooning around the Spirit as he’s tied to a chair.

Supremely accomplished, Silken Floss differs from most of the other women, not being criminal by nature, but given to a form of cold-hearted practicality about her romantic inclinations. A recurring theme was the Spirit wheedling his way out of marriage, and indeed Eisner imposed this as a condition of other creators being able to use him in licensed material, and that’s a plot well worked involving Silken Floss.

As with the previous two books in this series, this was originally taken by Kitchen Sink piggy-backing a European publication, and for reasons only known to those publishers a decision was taken to re-colour the pages. The result isn’t as poor as some reviews indicate, but it’s certainly inferior to the stories as presented in the Spirit Archives. The featured illustration is from these, so doesn’t represent the true colouring.

Much of the same content appeared in the 2008 collection Femmes Fatales, but at a more traditional graphic novel size, and using the same colouring as the Archives.