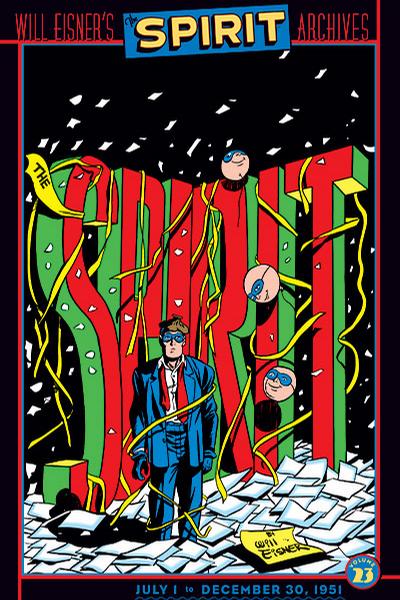 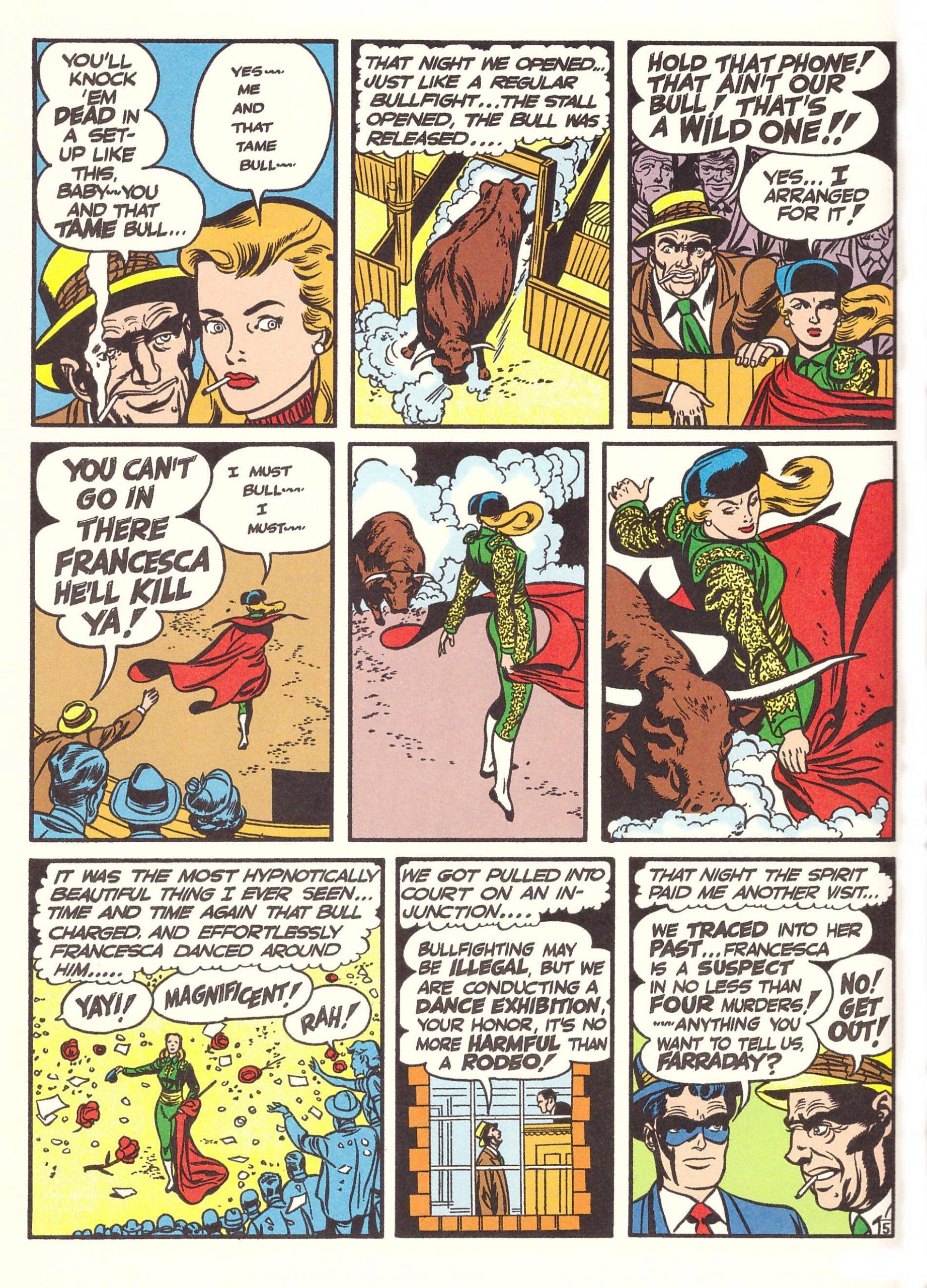 As seen in Spirit Archives 22, 1951 wasn’t a banner year for the Spirit, quality over the first half of the year dipping to a level not seen since the World War II material. Will Eisner’s increasing personal involvement in other projects and Jules Feiffer being called away to national service resulted in irreplaceable losses. Thankfully Feiffer’s witty scripts begin appearing again early in this collection, where the issue instead is the art.

These archive editions are glorious and desirable in every respect but one, that of credit not being given where it’s due, all strips only bearing Eisner’s name. One might have thought that in a few cases here the art is so laboured Eisner would have been only too pleased to let the person who actually drew it take the blame. The Grand Comic Database identifies much of the art being by Jim Dixon (sample art), and he’s good, but nowhere near as good as Eisner when it comes to motion or the dynamism of page layouts, nor does he approach Klaus Nordling, who understands the application of shadow for effect. Once we reach the work of Manny Stallman and possibly Don Perlin at the end of 1951, the art has slipped to basic. Stallman’s splash page provides the cover, presumably on the basis that it’s one of the few splash pages in the collection on which the Spirit is actually present. Eisner’s artistic contribution is limited to drawing one strip, and layouts or inks on five more, although he may have touched up a few other panels here and there.

Thankfully, with Feiffer back on board, the writing improves greatly, and he supplies one bona fide classic to match anything in earlier volumes. Eisner lays out ‘Heat’ for Dixon, and it’s the story of a sweltering hot day in Central City with people going about their business unaware that a badly beaten-up Spirit is struggling to crawl from an alleyway. The theme of the Spirit ageing is one Feiffer returns to a couple more times, and his wit, variety and clever plotting just isn’t present in Nordling’s simpler adventure writing. Highlights include a clever plot of the same caper seen from three different viewpoints, the Spirit psychoanalysed, and the tragedy of Tiny Buttrix. But the caveat is that they don’t hit the peaks they would were Eisner applying his pencils, and particularly his brush. One can only imagine what he’d have brought to the mixture of dance, bullfighting and murder seen on Dixon’s sample page.

Eisner’s sole pencil contribution is Feiffer’s satire on the TV shows of 1951, trivialising and sensationalising everything, forever cutting away to commercials, and the reception of the times leading to poor picture quality. It’s funny and different, but not peak Eisner.

Unfortunately there’s no overall improvement during 1952, although there are Wally Wood’s Spirit pages to look forward to as Spirit Archives 24 reprints the final Sunday Spirit sections. 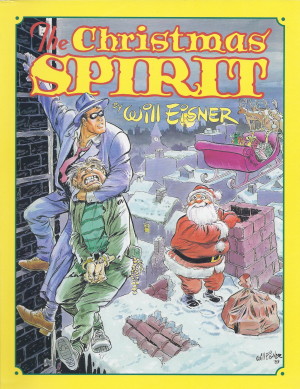