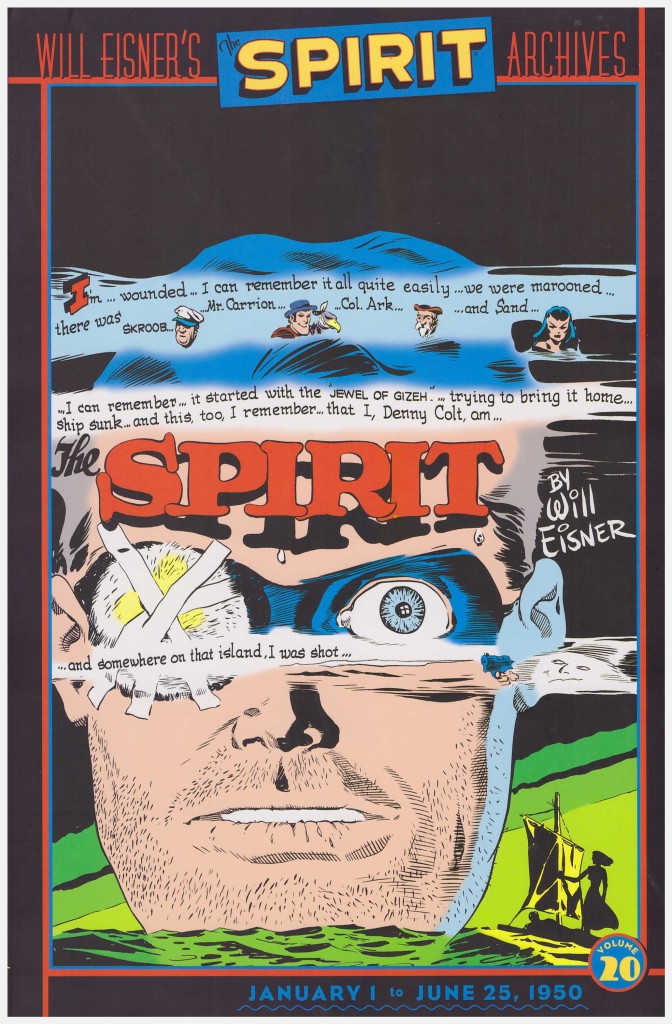 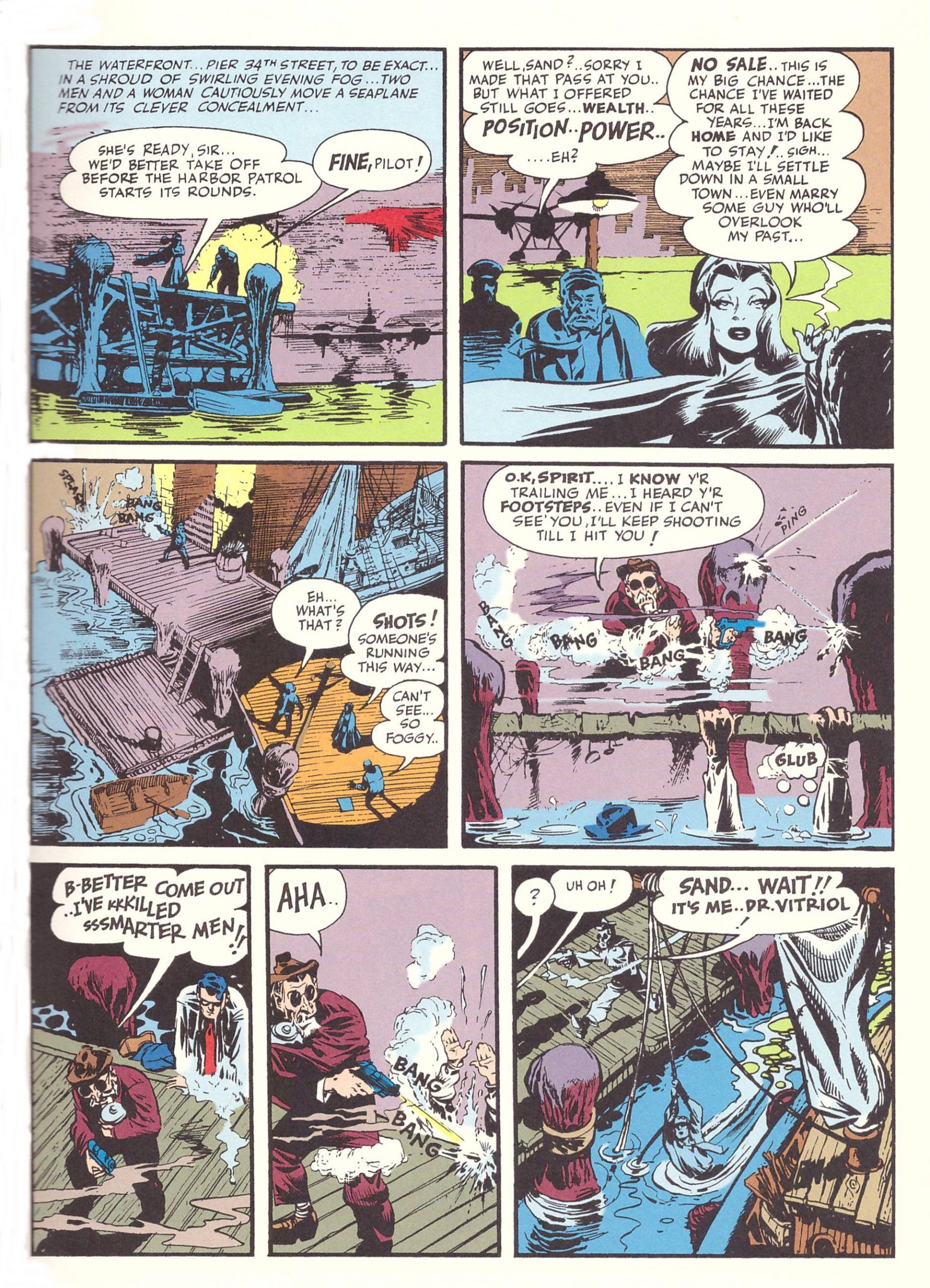 John Benson’s informative introduction reveals that over a quarter of the stories Will Eisner supplied as the Spirit newspaper strip over the first six months of 1950 had actually been prepared for an aborted line of comics the previous year. It’s testament to both Eisner’s skill and to the varied fare he provided in the strip that this is largely irrelevant, despite the original intention being some of the stories would see print in a baseball-themed comic and another starring a shoeshine boy.

The adopted material is only obvious on two stories drawn by Andre LeBlanc, one about an alligator that largely fits the Spirit’s format, and another about a boy and his leopard, narrated by a parrot. While this is one of the poorer tales on offer, the re-worked stories also supply one of the best here, tugging at the heartstrings as the orphaned Willum is abused by his no-good adoptive father. Amid that detective Dick Whittler is also introduced.

Benson is far more generous than the official credits supplied in noting the contribution of Jules Feiffer to the writing. It’s most obvious with the twisted tale of a boy being left behind at the zoo, presented as the kid’s school essay.

There are two extended sequences of the Spirit abroad on travels, the first beginning with another re-worked story that introduces the final great member of the Spirit’s gallery of femmes fatales, Sand Saref. The archetypal good kid from a poor background gone wrong, she and Denny Colt were great friends when young, but he couldn’t turn her from her path and she’s now described as “a notorious international operator”. They’re reunited years later stranded together with Carrion on a small island with murder in the air. It’s a tense sequence via not only Carrion’s presence but through the cleverly played anticipation of whether or not Sand’s childhood feelings for Denny Colt will overcome her financial instincts. Beyond that the most suspenseful episode is when Sammy encounters a robbery suspect and offers him shelter. The charity isn’t reciprocated when his identity is likely to be revealed.

Several of Eisner’s favourite themes recur. The unknown rears its head in the final story, oddly beginning with a census official. The fourth wall is broken with a series of letters from readers in the book’s opener, and the small man beaten by circumstance is back in the tale of Slim Mozzle, water entrepreneur, with good use of the tale being published on April 1st.

A particularly notable tale occurs midway through. ‘Taxes and the Spirit’ begins when a tax official realises that there is no annual tax return from the Spirit. The waters are successfully muddied until there’s only one option to ensure compliance with the law.

For any other feature this would be peak material, and there’s no quibbling with the superbly cinematic art, but very few contributions are among the first rank of The Spirit. Eisner’s attention was again occupied on other projects, and while not due to the re-hashing of strips from elsewhere, inspiration is all too often lacking.