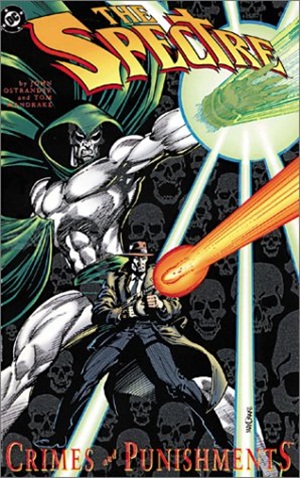 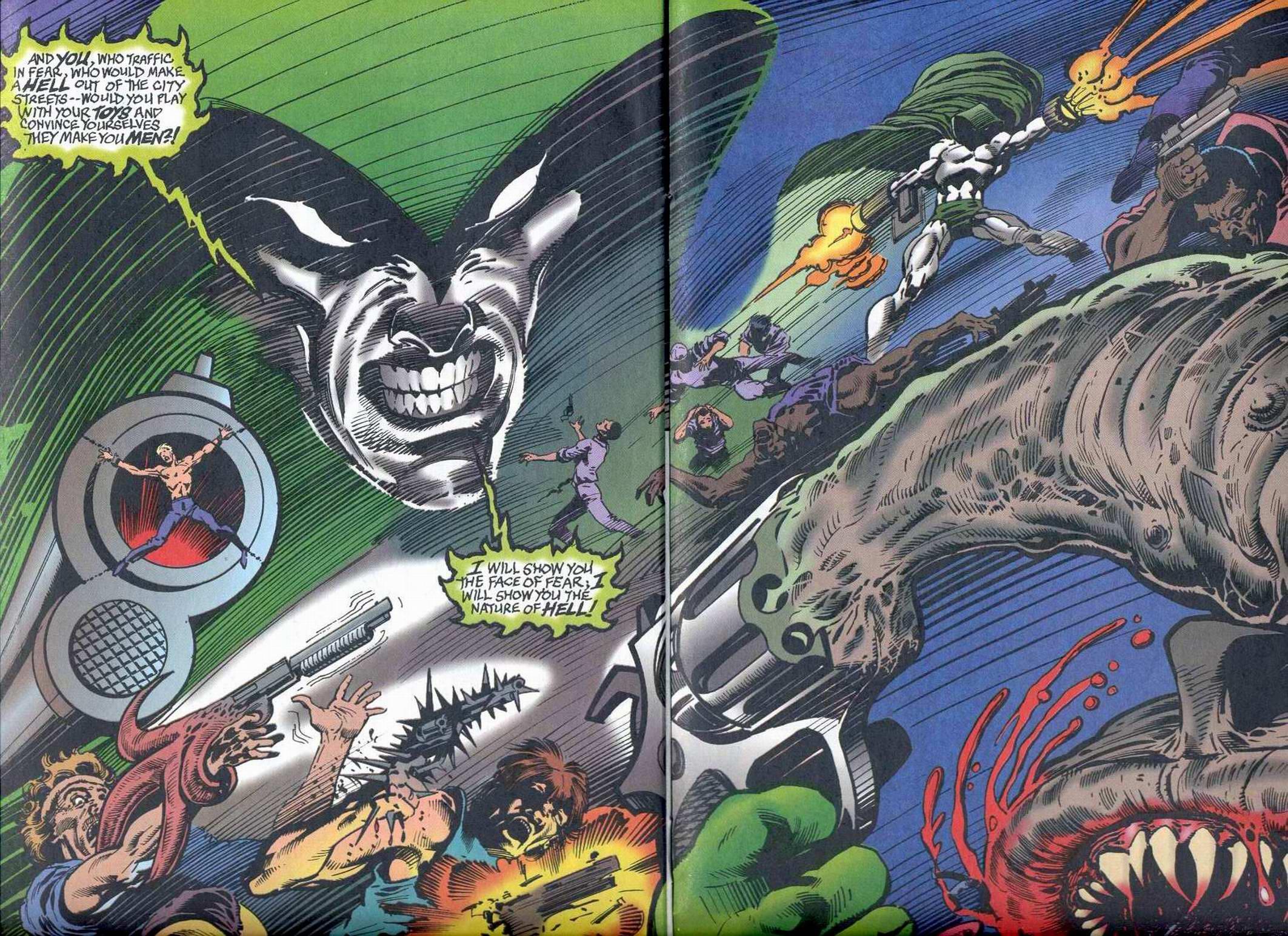 This 1993 paperback collects the opening four issues of what became the longest-running Spectre series since the feature was introduced in the 1940s. Fair warning, though, it’s probably better bought as Crimes and Judgements, which adds a further eight stories of hard-boiled detective Jim Corrigan and his all-powerful ghostly alter-ego.

The Spectre has been tasked by God to eradicate all evil on Earth, and the power to do almost anything in achieving that. He amuses himself by dispatching thugs in inventive ways, but this book starts with him investigating his own death many years beforehand, the murder that saw him transformed and returned to Earth to begin his mission. However, in doing so he arouses the curiosity of a social worker, Amy Beitermann, and both of them have to confront his past and his motivations. She’s an interesting character, almost a conscience for the embodiment of vengeance who’s long past any ethical considerations about executing killers in gruesome ways. “It is not murder. It is judgment”, the Spectre bellows when his unique form of sentencing is questioned. That Beitermann will be important to the ongoing series is apparent as her background is also shared, and there’s some thought applied to what she’s gone through before meeting Corrigan.

The Spectre’s full origin is supplied, with John Ostrander remaining true to the 1940 story by Jerry Siegel and Bernard Baily, but also considering himself able to extrapolate around its simplicity. The most telling aspect for what Corrigan became is revealed embedded in his childhood. There are interesting additions to what the Spectre is, but also some fumbling as Ostrander determines the best way to proceed with the character, and some discussion sequences are wordy and dry.

“Fluid” might be the best way of describing Tom Mandrake’s art. A lot life and movement is applied to the people, and he makes good use of clothing to ensure this is the case. With the Spectre’s spectacular design he’s been bequeathed a monumental artistic gift, and he doesn’t always make the most of that, cramping him in panels and rarely having him fully let loose. An exception in the opening chapter has some crooks driving along a road leading to a tunnel, only to find that tunnel is the Spectre’s open mouth. More such visually inventive scenes would improve the look overall, and as spectacular as the sample montage is, it’s not entirely representative.

Still, as noted, this is only the start of a series, of Ostrander and Mandrake finding their way into a character, and with subsequent stories their touch became surer. It’s another reason for investing in Crimes and Judgements instead.