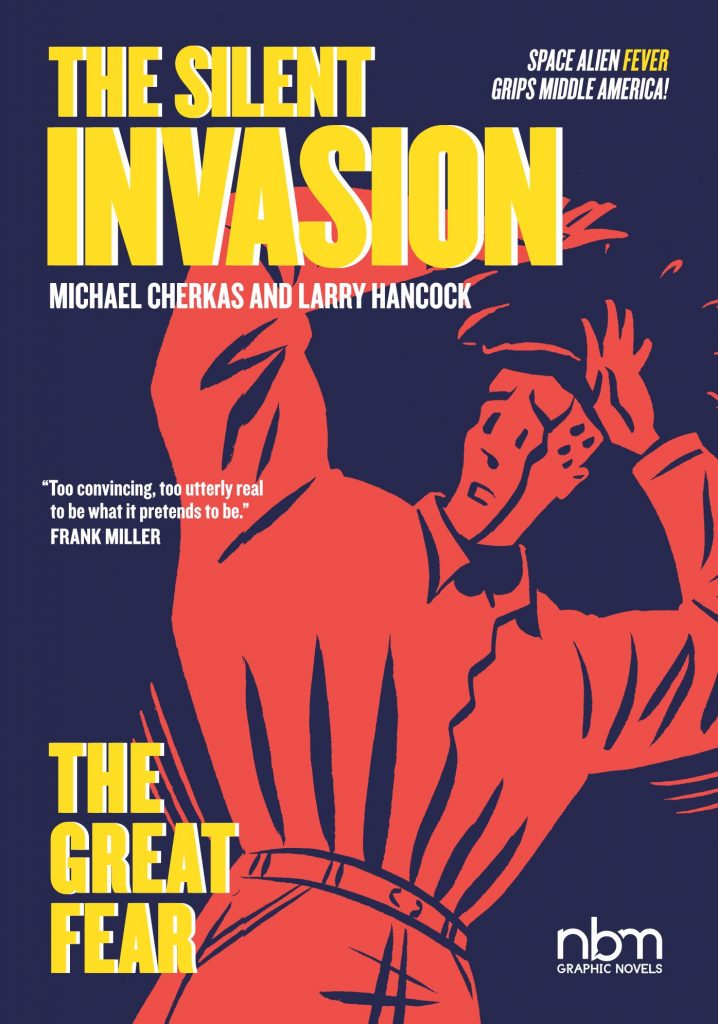 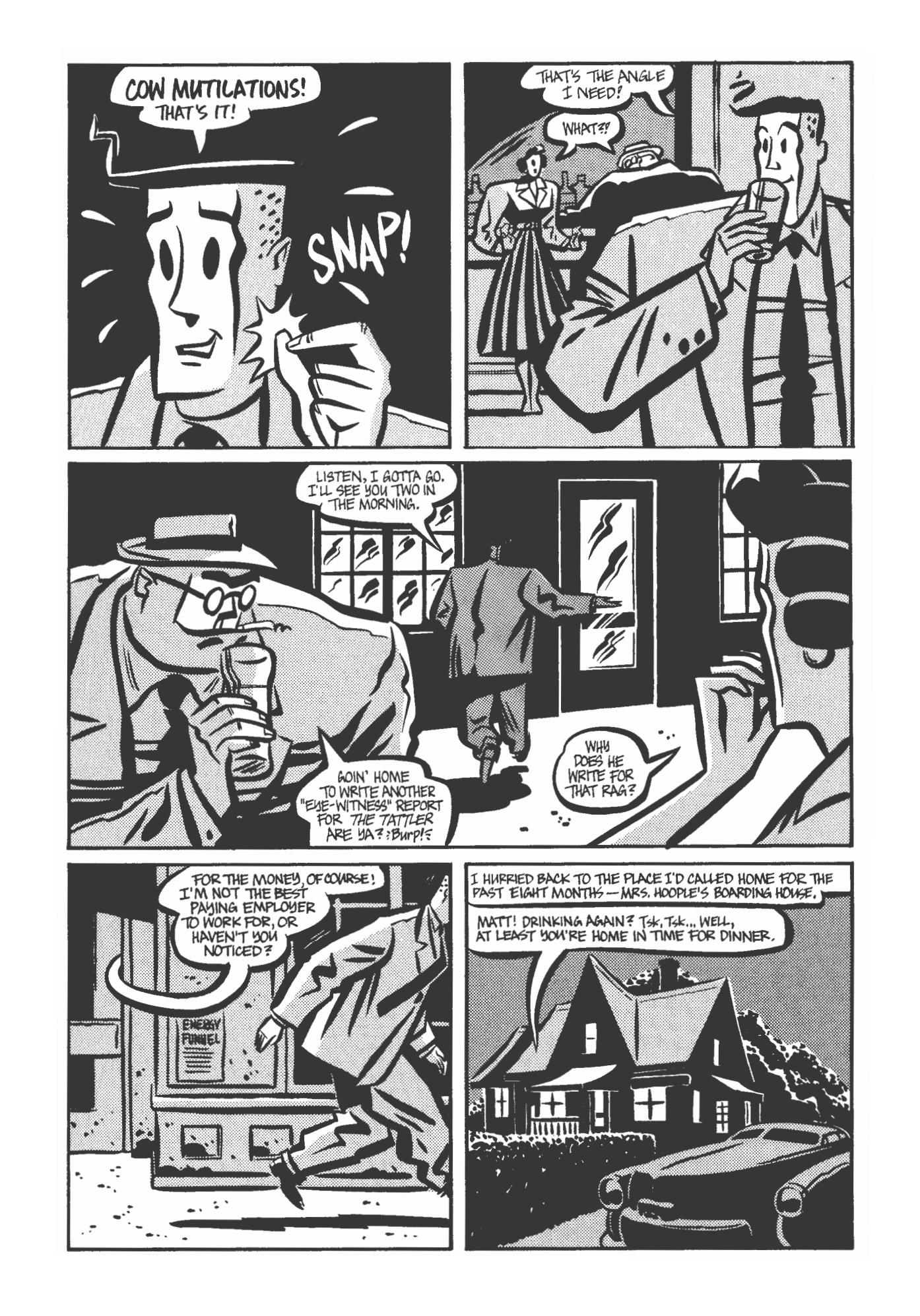 The Silent Invasion spans the 1950s, presenting a compelling investigation of the seamier and paranoid Cold War mood so often glossed over via nostalgia for the period style. As The Great Fear opens, vested interests have successfully shredded the reputation of investigative journalist Matt Sinkage, who’s first seen three years after the events of Red Shadows, only employable on a trashy paper. He may seem to have his past behind him, but that’s not the case.

It was largely urban paranoia explored in the previous book, but Larry Hancock and Michael Cherkas now turn their attention to the rural conspiracy theories of UFOs and cults. If Sinkage discovered city residents disliked having their assumptions challenged, it’s nothing compared to what happens when the ire of farming communities is roused.

Whether he’s supplying rural plains or cityscapes Cherkas infuses them with sinister intent. When he originally drew The Silent Invasion his excellent stylised cartooning couldn’t have been more out of tune with the times, but the retro precision now seems timeless. Move past the very effective style and it’s noticeable how Cherkas conveys mood so well with people who’re essentially a conglomeration of geometric shapes with blobby shadows adding atmosphere.

As with Red Shadows, The Great Fear combines what was originally two three chapter stories continuing their degradation of Sinkage’s life, but also distinct, and the second half of this selection has the horror only hinted at and seen in wisps fully emerged. Perversely, it’s also infused with a greater sense of optimism than any previous sequence as what Sinkage has been trying to say finally gains some traction, leaving him no longer the voice in the wilderness. It covers four years of American life, with others now believing some people are possessed by aliens. However, Hancock’s writing is psychologically clever and as so much concerns what people are prepared to believe, the conclusion can be interpreted in two ways. Is the official explanation the truth and Sinkage has been deliberately led a merry dance, or is it all just a cover-up? Hancock constantly dangles answers then whips them away, so is this just another example?