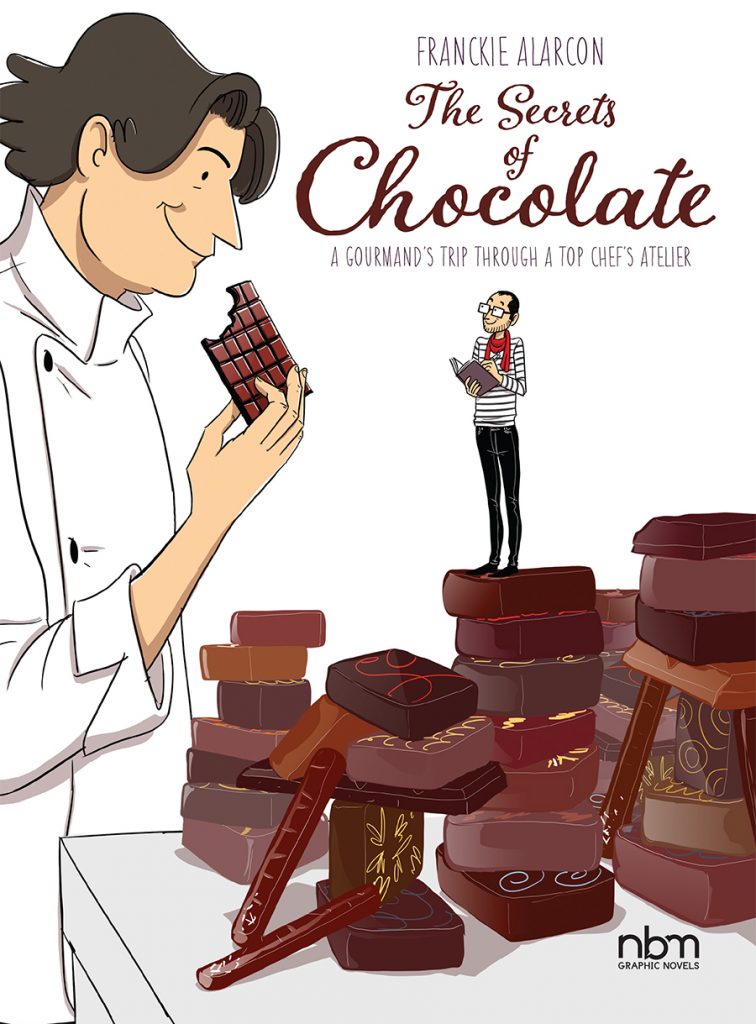 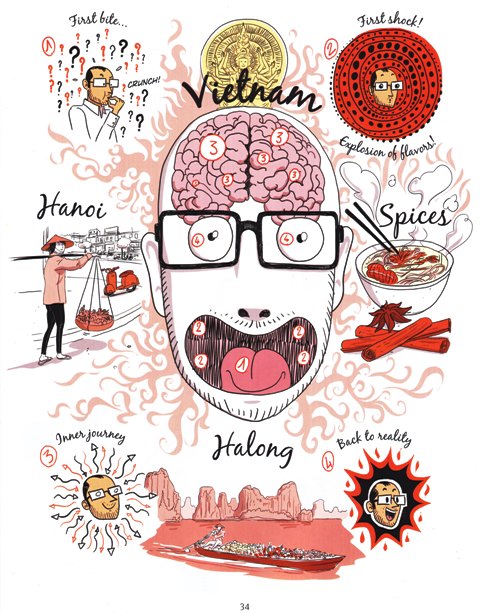 Chocolate has always been comics reporter Franckie Alarcon’s favourite treat. When he wrote his first book he rewarded himself with a block of his favourite brand each time he reached a goal. Imagine his excitement when he is commissioned to write a graphic novel about the notable choclatier Jacques Genin. For a year Alarcon shadows Genin, an award winning culinary rebel without formal training who has built an internationally acclaimed boutique, yet describes himself as an enrober rather than a chocolatier. The project is initially about Genin but grows into an insightful and humorous biography about all things chocolate.

The Secrets of Chocolate is a surprisingly engaging book. Alarcon’s colourful cartooning is presented from his perspective as he speaks to Genin, his own process of learning how to work with chocolate (Genin insists he do a small apprenticeship) and other people passionate about it. This could easily have been a bog standard History of Chocolate, but instead Alarcon explores why people are so passionate about the product by talking to the people who are so passionate about it. It’s in vividly capturing all of the people from the growers to the chocolatiers to the consumers, that Alarcon thrives.

The entire cast is wonderfully drawn, Alarcon getting the real measure of all his subjects, especially Genin. As a chef and artist Genin embraces simplicity, using traditional recipes but experimenting with flavours for months in order to perfect them. An exceptionally hard worker, he strives for perfection, expecting his team to emulate that. Equally, he shows great empathy for an Australian chef who has just started working with them, asking the rest of his staff to ensure she experiences a true French Christmas. It’s the master’s passion, industry and focus that shines on the page in expressions and small gestures, Alarcon keeping his likeness simple but recognisable.

Vibrant and crisp, detailed but not overly so, Alarcon’s art also focuses on the many products made with chocolate. He illustrates a long list of delicacies with mouth-watering detail, at one point employing an entire page each to describe the differences between praline and ganache. He’s also very creative with the layout, eschewing traditional panel layouts for the most part yet keeping his explanations very readable even for first time comic readers.

Alarcon rams his book with info. Why chocolate is synonomous with Valentine’s Day and Easter, the reason it is considered luxury goods and interesting biographical facts about Genin are included. It’s never dumped on you either, the writer disseminating it through snippets of conversation over a glass of wine, an argument on the perfect food pairing or while taking a break at a work station. There are even recipes that the creator masterfully breaks down in a enjoyable fashion, highlighting what a good cartoonist he is.

A canoe trip down the Peruvian Amazon with fifth generation chocolatier Stephane Bonnat (his boutique inspired Tim Burton’s incarnation of Charlie and the Chocolate Factory) reveals that each cocoa bean has a mucilage with a very unique floral taste. This gives each tree its own unique vintage in much the same way as grapevines. Alarcon playfully mocks his own fears of the outdoors, but expertly displays Bonnats encyclopaedic knowledge of growing and roasting cocoa.

The Secrets of Chocolate is no lengthy tome but it is, like its topic, best savoured in small blocks at a time. Fun and interesting, the one flaw is being Francocentric on the subject, yet it’s a book you can come back to again and again for reference or just for the pleasure of revisiting Alarcon’s beautiful artwork. 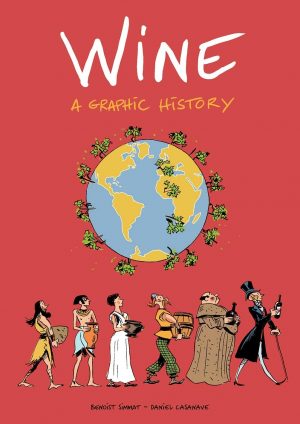 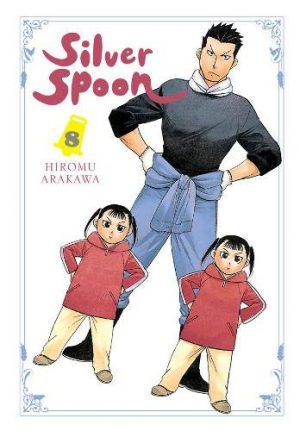