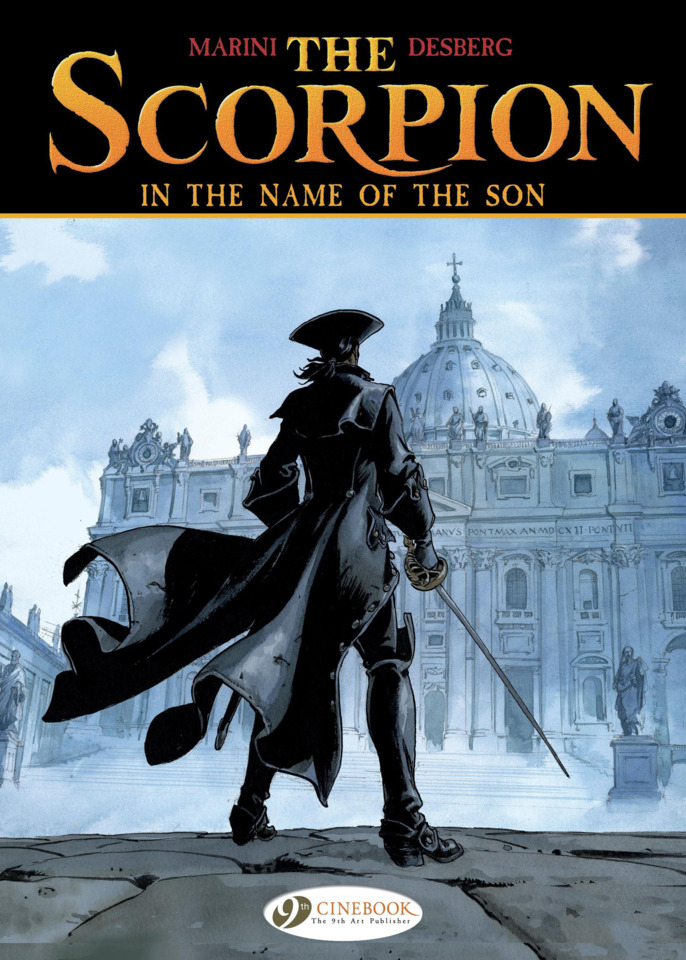 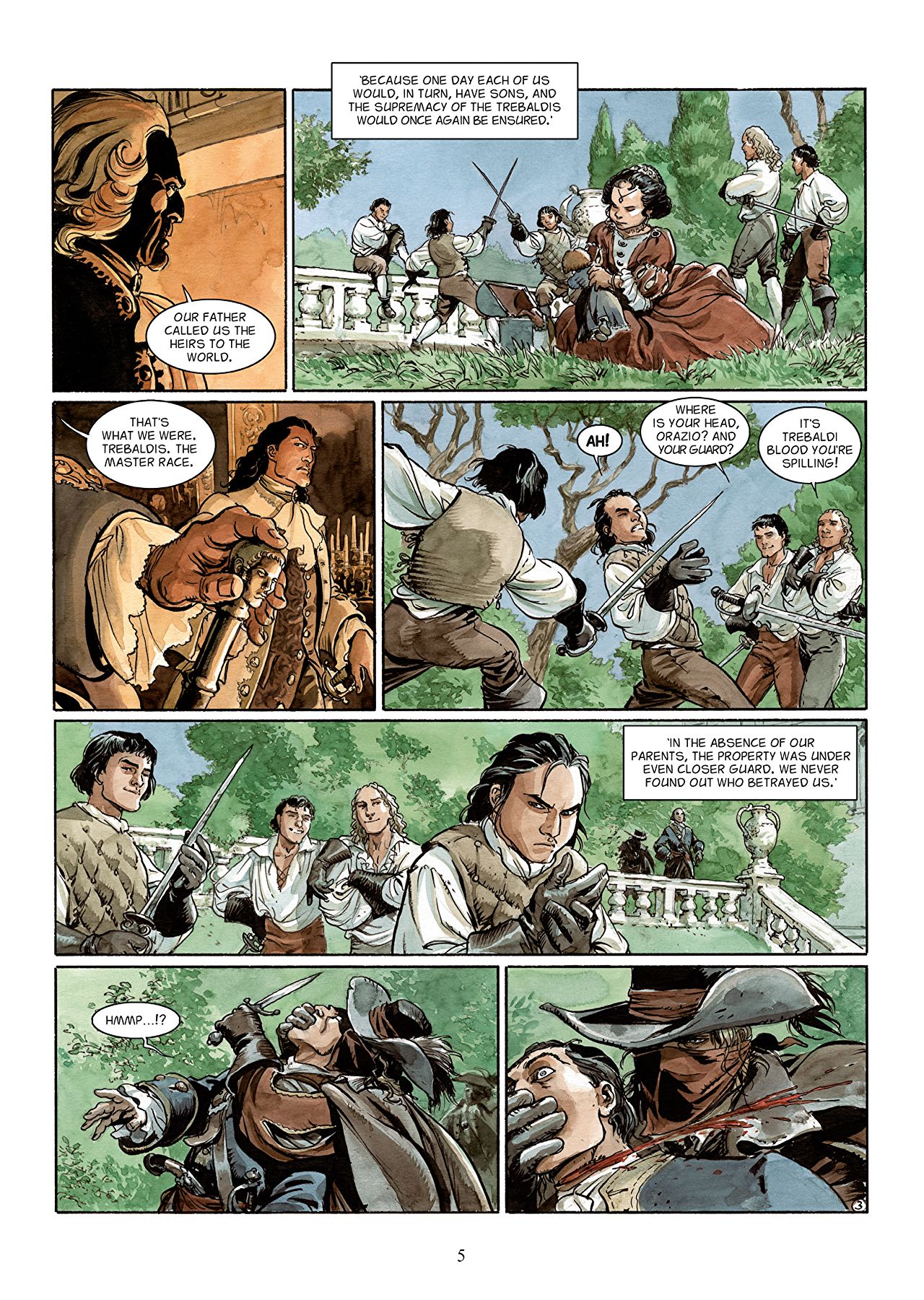 After his attempts to kill the Scorpion in The Mask of Truth were again botched, Trebaldi spirals further into madness. Rome falls to chaos as he scrambles to find an army that will defend his papal reign, but as always there is more to his insanity than meets the eye. More so than the Pope alone, the Trebaldi family are losing their grip as one of the most powerful families in the world, a grasp that the others are keen to take advantage of. Both Nelio and Armando seek out Trebaldi, eager to once and for all to end the mad titan’s rule. Amidst this, the Scorpion finally uncovers his origins and his connection to the ancient family, but the revelation comes with further problems as a range of characters try to manipulate him for their own devices.

Once again, the recurring themes of good and evil come into play, as the villains become victims, and the heroes are led astray. Armando’s loyal companions are out of action, injured in their quest to protect their friend, leaving the Scorpion vulnerable to the advances of others who do not have his best interests at heart. The conclusion ends with a very different Scorpion, no longer focused on his task to uncover his origins. He is lost and tired and susceptible to those who seek to use his newfound identity. As the volume’s tagline summarises, “fate has left its mark” and the eventual revelation behind who the Scorpion is sends the protagonist again into a new path of adventures, full of romance, betrayal, friendship and deceit.

Stephen Desberg and Enrico Marini once again bring together elements of the story in fantastic fashion, tying up plot threads that have existed since volume one whilst simultaneously introducing new ones. Although the secrets behind the Scorpion’s birth have been revealed, the story itself shows no signs of slowing. As ever, Marini’s artwork intensifies and perfectly complements the drama. In particular the detail on the expressions he gives the many characters adds huge depth to the emotional impact of the series. In the Name of the Son resolves the main questions raised throughout the series, but in doing so gives the readers a whole new set of mysteries to keep them captivated and eager for the next volume.