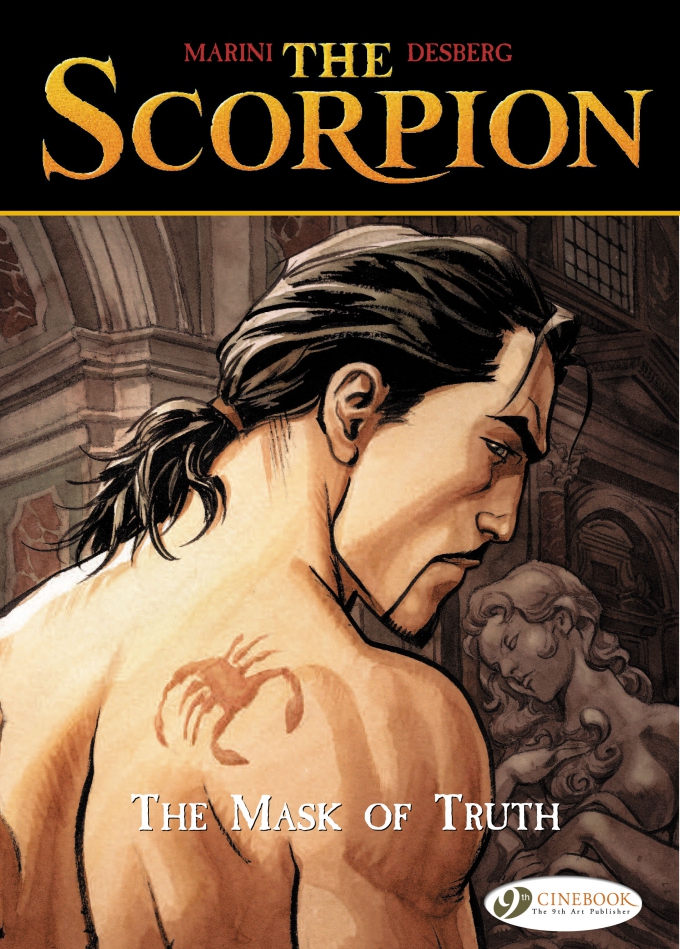 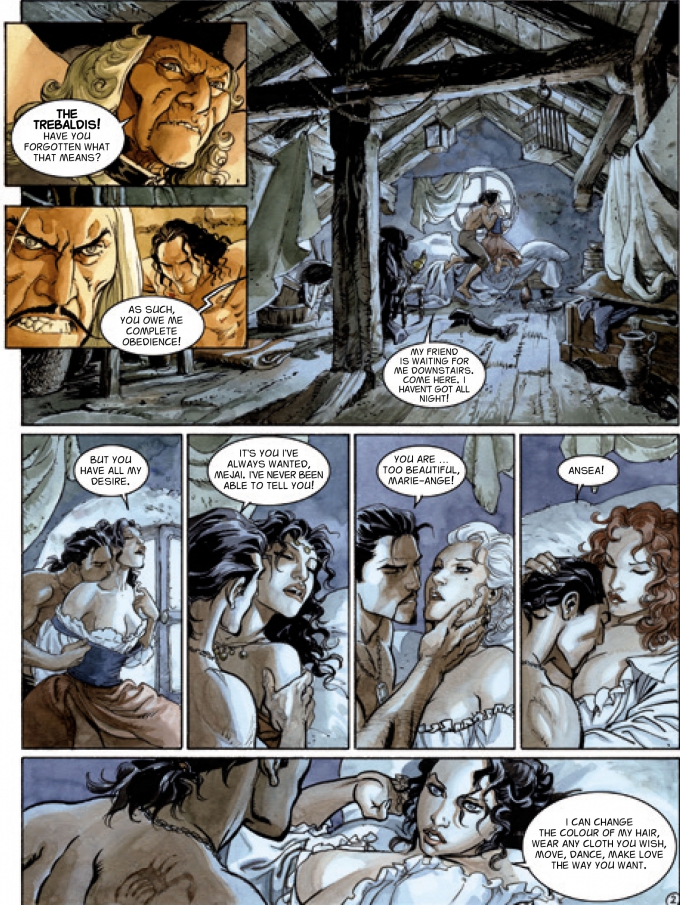 Trebaldi and the Scorpion’s hunt for one another reaches a climatic conclusion in The Mask of Truth. As its title suggests, the Scorpion must unmask the truth and finally find out the reason behind his cursed birth and why Trebaldi turned against his mother and him. As Trebaldi tries to run from his past and the Scorpion seeks to uncover his, their ever-changing game of cat and mouse draws to an end. As ever, both enemies are not alone and the vast ensemble of secondary characters continuously prevent the two from reaching one another.

The narrative flitters between past and present as the pieces of the puzzle begin to form and readers get closer to eventually knowing the truth behind Armando’s birth. These flashbacks are interwoven seamlessly with the main story, often separated only through subtle tone changes or by the younger appearances of the characters. The lack of definition between past and present helps emphasise the connections between them all. Although the world that Stephen Desberg and Enrico Marini have constructed features a large cast and their stories, each of them, no matter how seemingly small, fit together seamlessly.

Despite the variety of characters and the mystery behind many of them, Desberg is particularly skilled at slowly introducing depth to their personalities, controlling the way readers respond to and empathise with them. For instance, Trebaldi is the series antagonist, a mad power-hungry villain who seems hell-bent only on proving he is the strongest and erasing any traces of his past through destroying the Scorpion. However, it is in those past moments that we see Cosimo as a young man, more compassionate and vulnerable, a family outcast who seeks to escape a life of ruthless control rather than command it. Moments like this complicate Trebaldi’s character by depicting the contrasting views of good and evil. Both a Pope and a man of God and an atheist dictator, Trebaldi is the epitome of the very first volume’s overarching question of ‘Good or Evil? What a strange and wonderful idea! Does the wolf or the scorpion make a distinction between good and evil? In the case of the series, Trebaldi acts as the wolf, and as Pope, he hides his sins under sheep’s clothing, and yet he is neither wholly one or the other.

The Scorpion continues to entice and enchant, leading its readers down more spirals and alleyways, in the past and present, in search of answers. It’s a wonderful mystery series set in the heart of the beautiful, but brutal Renaissance Rome, which is perfectly suited to the medium of comics. Like a scrambled jigsaw, the story must be pieced together panel by panel to construct meaning, and just when readers think they have completed the puzzle, Desberg and Marini reappear to stamp all over it in the form of another epic cliffhanger leading to In the Name of the Son.