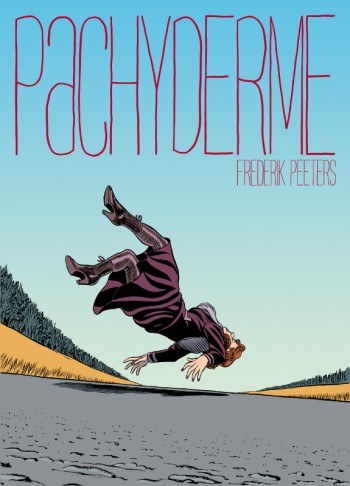 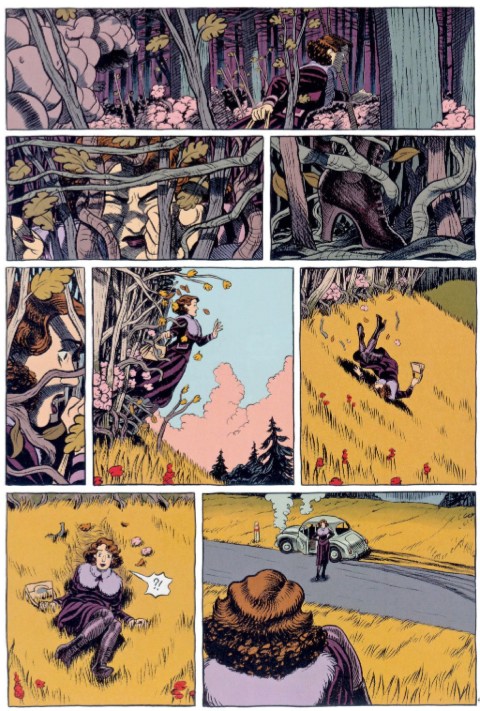 In 1951 a smartly dressed young woman on her way to hospital is caught in a traffic jam. The cause is a dead elephant in the middle of the road. As the hospital is accessible via a walk through the woods, she takes that path. Once at the hospital she has a succession of odd encounters. At reception it’s presumed she’s come for a job rather than as a visitor, and in the lift she’s asked to distract a surgeon who has a double life. As she wanders the hospital Carice Sorrel’s life is pieced together, via flashbacks and her conversations with others, and she encounters strange symbolism.

No less a visionary than Moebius supplies the glowing introduction to Pachyderme, and he’s an obvious choice given Frederik Peeters is working with dreamlike motifs. That may be off-putting for readers preferring their narratives to be laid out in linear clarity, but Peeters ensures his story is comprehensible and engrossing. What at first seems strange is either explained as Pachyderme continues, or is easily deduced via what’s learned about Carice. Some symbolism such as heading toward a cliff edge, or homunculi appearing is obvious, and the truth of Carice’s state is unlikely to fool anyone, but that’s not the point. Pachyderme is a journey, and its in the journey that the wonder is found. Those that enjoy dream interpretation, however, can ponder the deeper elements. Does the elephant in the road, also represented on a pendant, signify a repressed sexual identity or another form of regret? Moebius would have it that Peeters’ work should be taken at face value, with the intimacies left unexplained. Perhaps taking their lead from Moebius, other reviews are keen to point out similarities with the works of David Lynch, but Charles Burns’ Sugar Skull with its dreamlike atmosphere and horrific interludes is a better fit.

On other projects Peeters has adopted a looser line for his art, and he seems to have tightened his illustration to compensate for the plot being less linear, but there’s an appealing precision to the panels. There can be up to a dozen of these per page, and the precision extends to Peeters incorporating wallpaper as a character motif. There’s a great passion to Carice’s story, and while the dialogue can be playful and distanced, Peeters supplies the emotional depth via the art, Moebius remarking in the introduction how important the colour scheme is in supplying the correct mood. The internal scenes are sometimes claustrophobic, and contrasted by the bright, airy nature of any outdoor moments. In our world dreams and surreality may puzzle, but any emotional resonance has to be mined via interpretation. That’s not the case in Pachyderme, where Peeters’ illustration supplies the seething passions.

Almost everything Peeters has produced has been stimulating, but Pachyderme has the feeling of a more personal work. Has he just switched the gender of the lead character? It invites such speculation while providing an intense and evocative story to which one can return time and again. 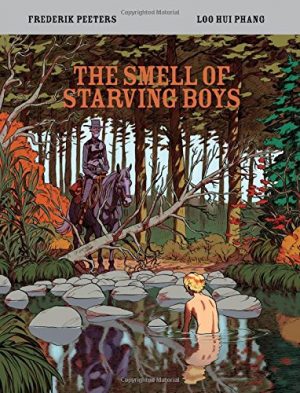