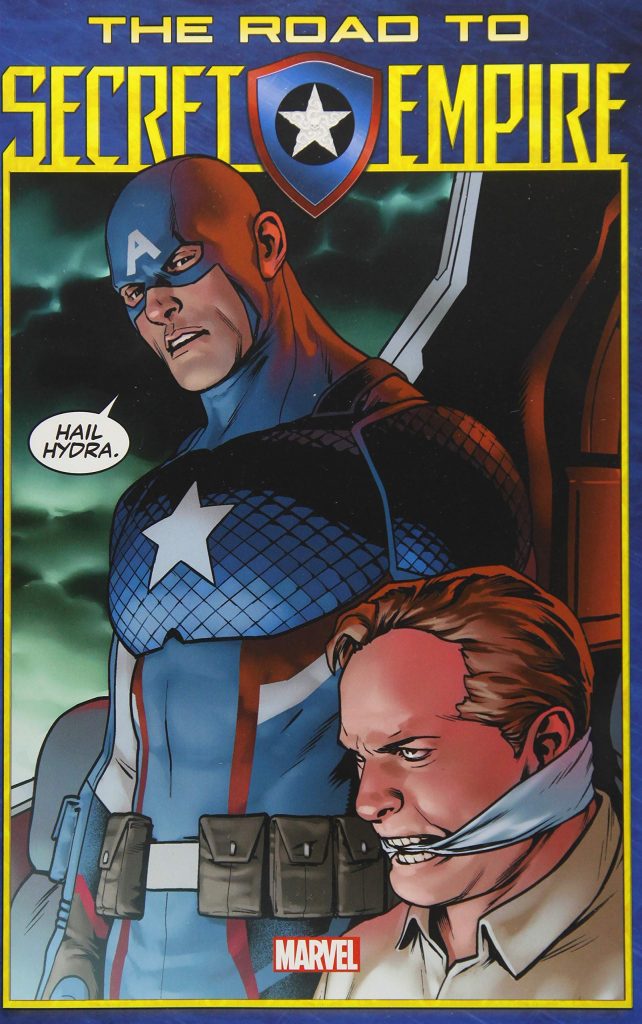 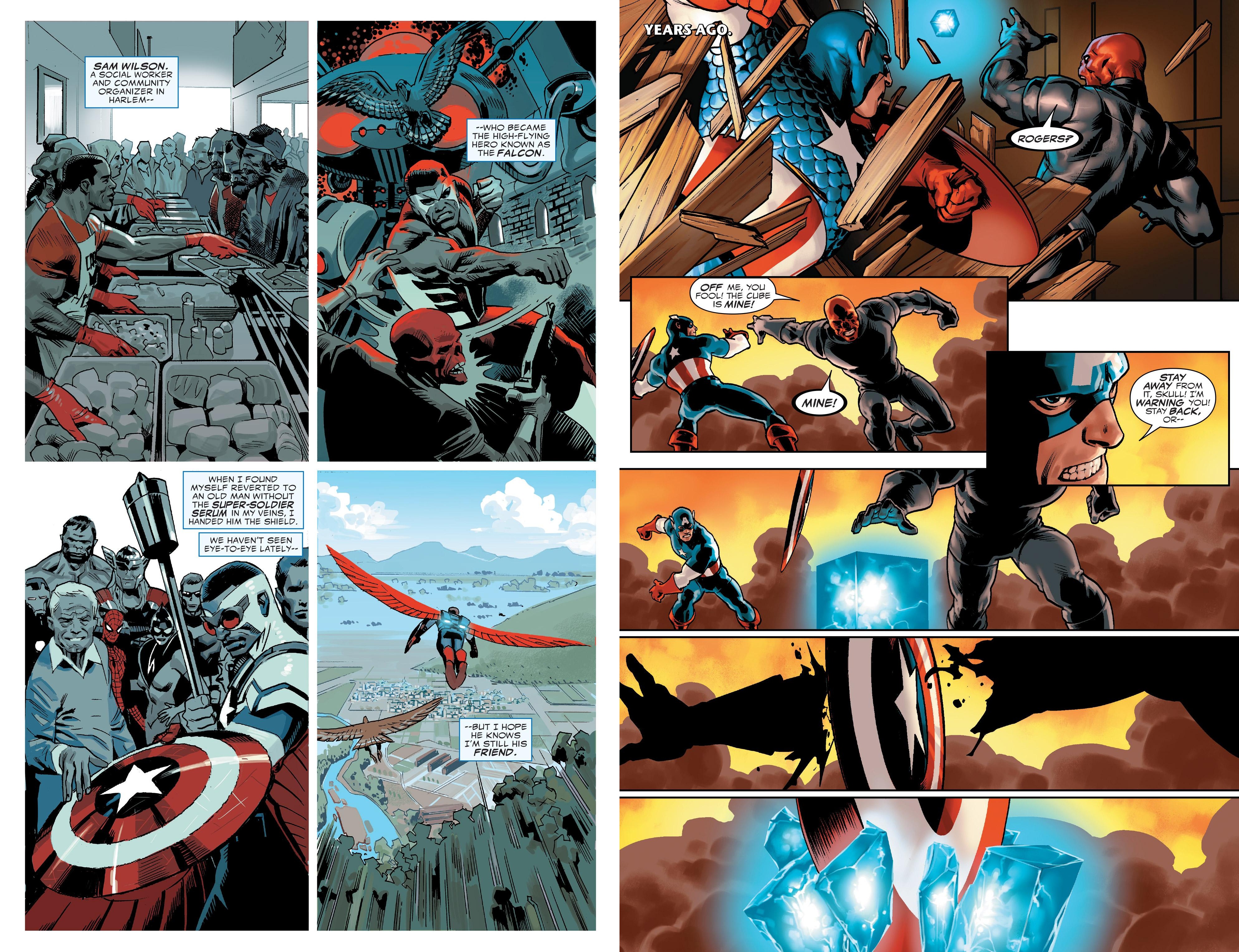 Secret Empire was Marvel’s big crossover series of 2017, and this prelude gathers the significant steps along the way, beginning with Rick Remender’s run on Captain America, then following with issues of Sam Wilson: Captain America and Steve Rogers: Captain America written by Nick Spencer. Ordinarily this could drop into the pig’s ear category of graphic novel, but it avoids that by concentrating on essential moments. Nick Spencer wrote some excellent, page turning episodes of Captain America (Sam Wilson and Steve Rogers), but his core story was so often diverted into crossovers, with Civil War II proving especially intrusive. Furthermore they were plagued by that very 21st century problem of Marvel not being able to allocate the same artist for any more than three consecutive episodes.

The Road to Secret Empire, therefore, sorts the wheat from the chaff. As it’s a form of anthology there’s can be no reasonable expectation of artistic continuity, and the bonus is most of the art on Spencer’s work is by the first choices of Daniel Acuña (sample art left) and Jesús Saiz (sample art right), responsible for five of Spencer’s six chapters. Paul Renaud on the other is fine, Carlos Pacheco and Stuart Immonen switching pages is a dream team, and the few pages supplied by Angel Unzueta are also good. In that company Nic Klein on the opening episode falls short. His layouts are fine, but his figures and lack of emotional expression on faces don’t match them. It’s a relatively ordinary piece, but the significance is the ending of Steve Rogers being transformed into an old man. Remender’s second story ties up some loose ends to a 25 chapter run, and can be skimmed as the emotional resonance is removed by much centring on a character otherwise unseen in this collection and not required for Secret Empire. The core element is Sam Wilson being appointed Captain America in the epilogue, and perhaps that alone would have served better.

Spencer’s work begins with the story of Pleasant Hill, a community consisting almost entirely of super villains whose memories and personalities have been altered by a personification of the Cosmic Cube, a device that can change reality. It’s taken sentience as a little girl, and amid a decent enough slugfest that sags in the middle a little, essentially restores Captain America to his physical prime. It’s pretty much the content you’ll also find as Sam Wilson: Captain America – Standoff.

The concluding chapters of the restored Steve Rogers again as an alternative Captain America are stunners, still with an impact even if you’re aware of what they lead into. Spencer drops his bombshell beautifully in the opening chapter, the final page serving as this collection’s cover, and continues with the Red Skull pretty well laying out what’s happened. They’re two killer stories that read better here than attached to the water treading additional chapters in Hail Hydra.

So why does every online retail site list this book as Secret Empire Prelude when the title is there on the cover? We think it’s something to do with the Cosmic Cube altering reality.