The Rise and Fall of Axiom 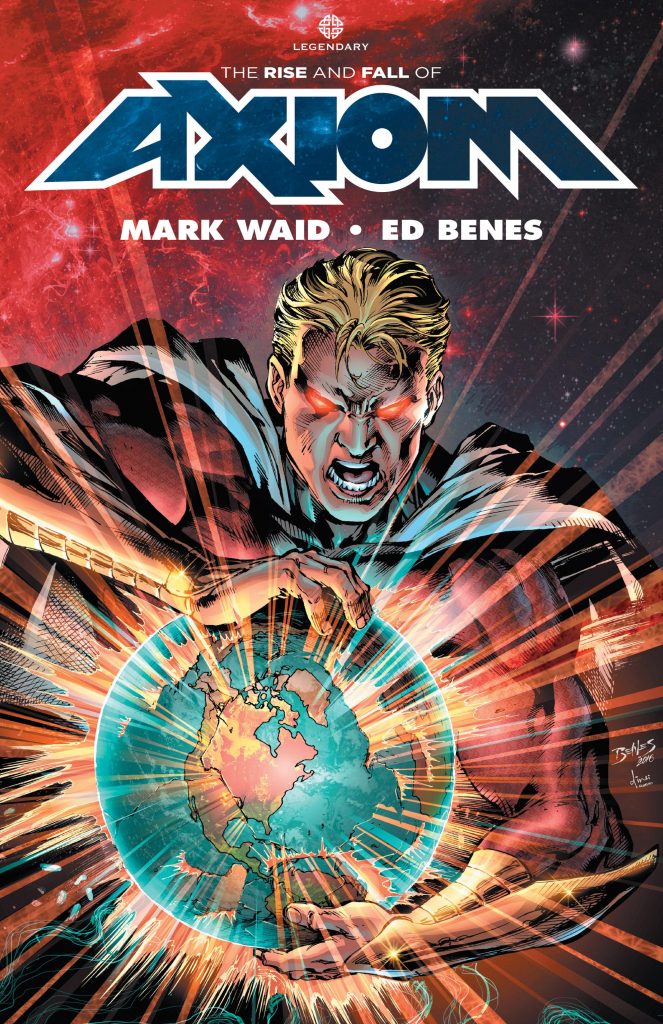 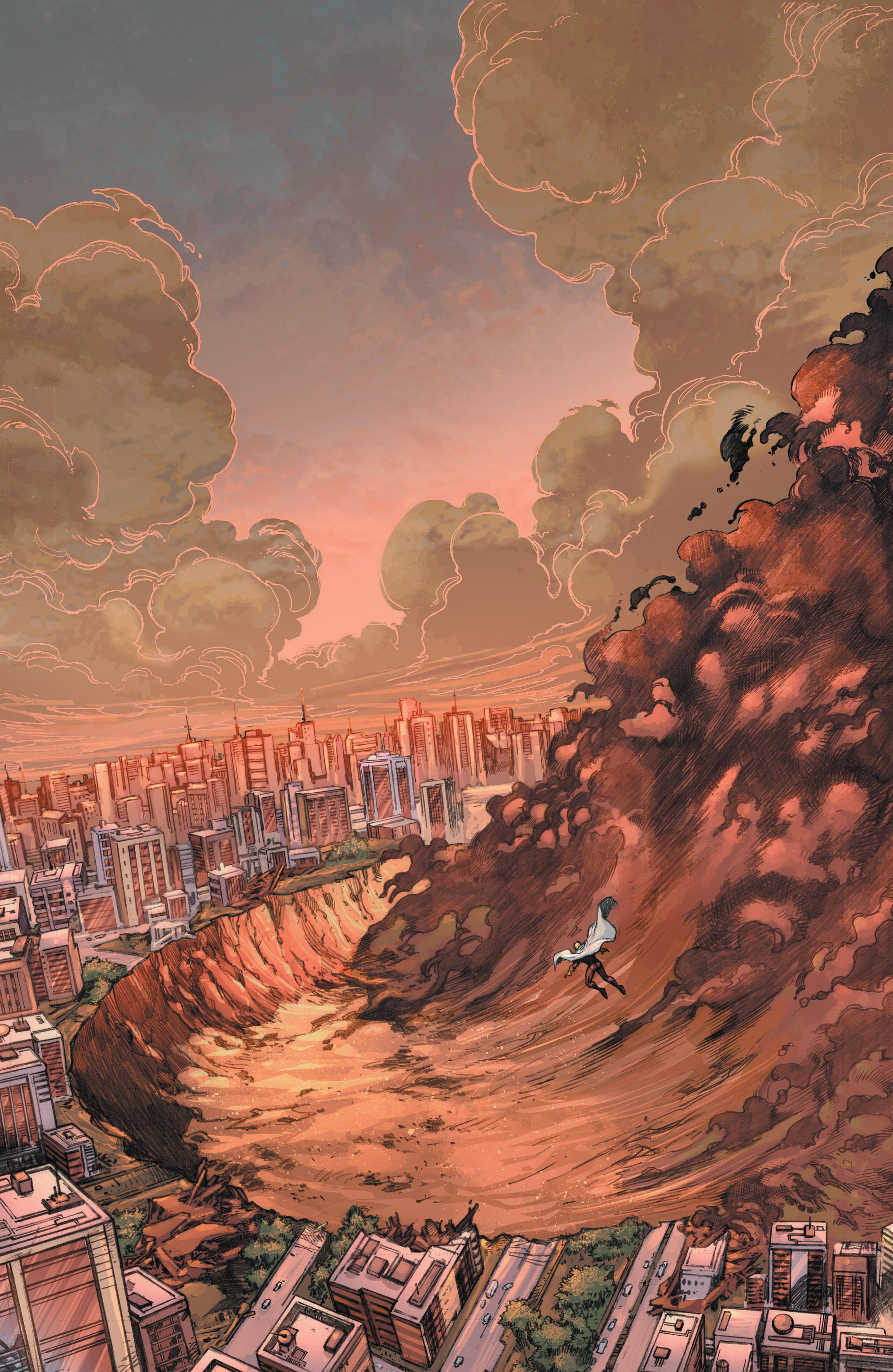 Two equivalents of Superman arrive on Earth, cure cancer as a welcoming gift, and for thirteen years Axiom and Thena act as humanity’s protectors. Then there’s a terrible accident.

Much of Axiom reads as if it’s the prologue to Mark Waid’s earlier Irredeemable series in which Earth’s alien protector with Superman-like powers suddenly snaps and goes rogue, devastating the planet in the process. Ed Benes is a more dynamic artist than any involved with that series, but it’s otherwise a very slow plod to where the cover leads our expectations, which takes place over halfway through the book. Until then very little happens. On form, Waid could have covered the opening eighty pages in about a quarter that amount, and on form Waid would have dropped in several jaw-dropping moments. Here there’s a single revelation.

The actual point where Axiom crosses the line is far from convincing. He’s been having doubts, and then has a drunken argument with the woman he loves. That’s all it takes. While the odd individual has gone off on a shooting spree under similar circumstances, it’s barely credible even given later psychological revelations. Once it happens, however, the story becomes a little more interesting as the emphasis shifts to how humans, who’ve depended on Axiom and his powers for years, might be able to stop him if push came to shove, a theme Waid used for Batman in his JLA work. While they might not come thick and fast, there are surprises during the second half, although it’s also over-extended, and what’s supposed to be an enigmatic ending doesn’t have the necessary impact. By this time Benes has either lost interest or he’s having deadline problems as there’s nowhere near the amount of work put into the final third of the book as he poured into the early pages.

Both creators have done far better, and Axiom is very much a missed opportunity.