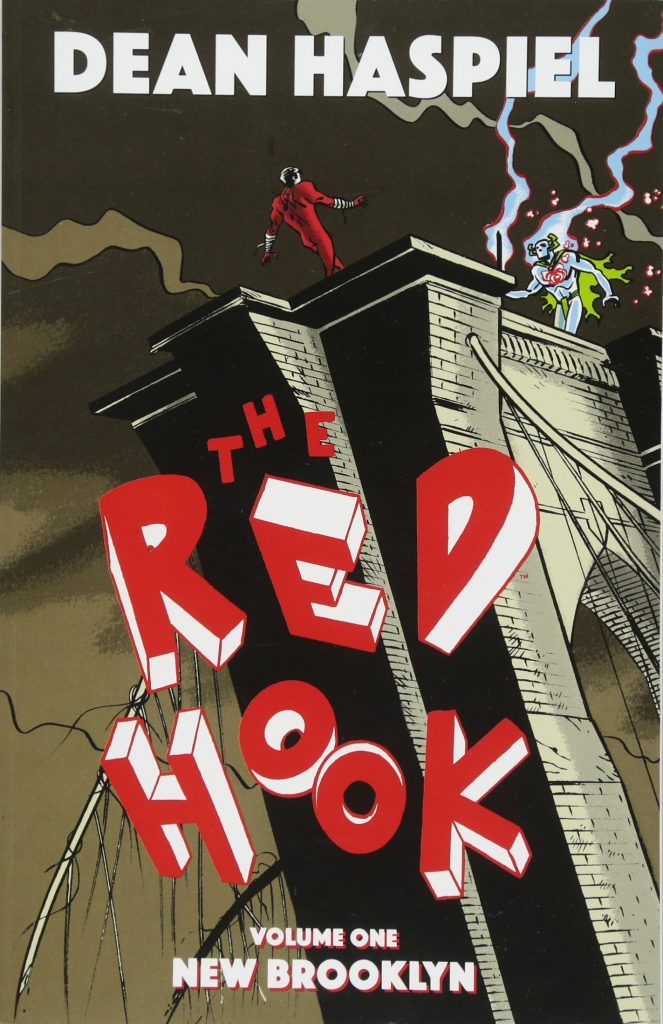 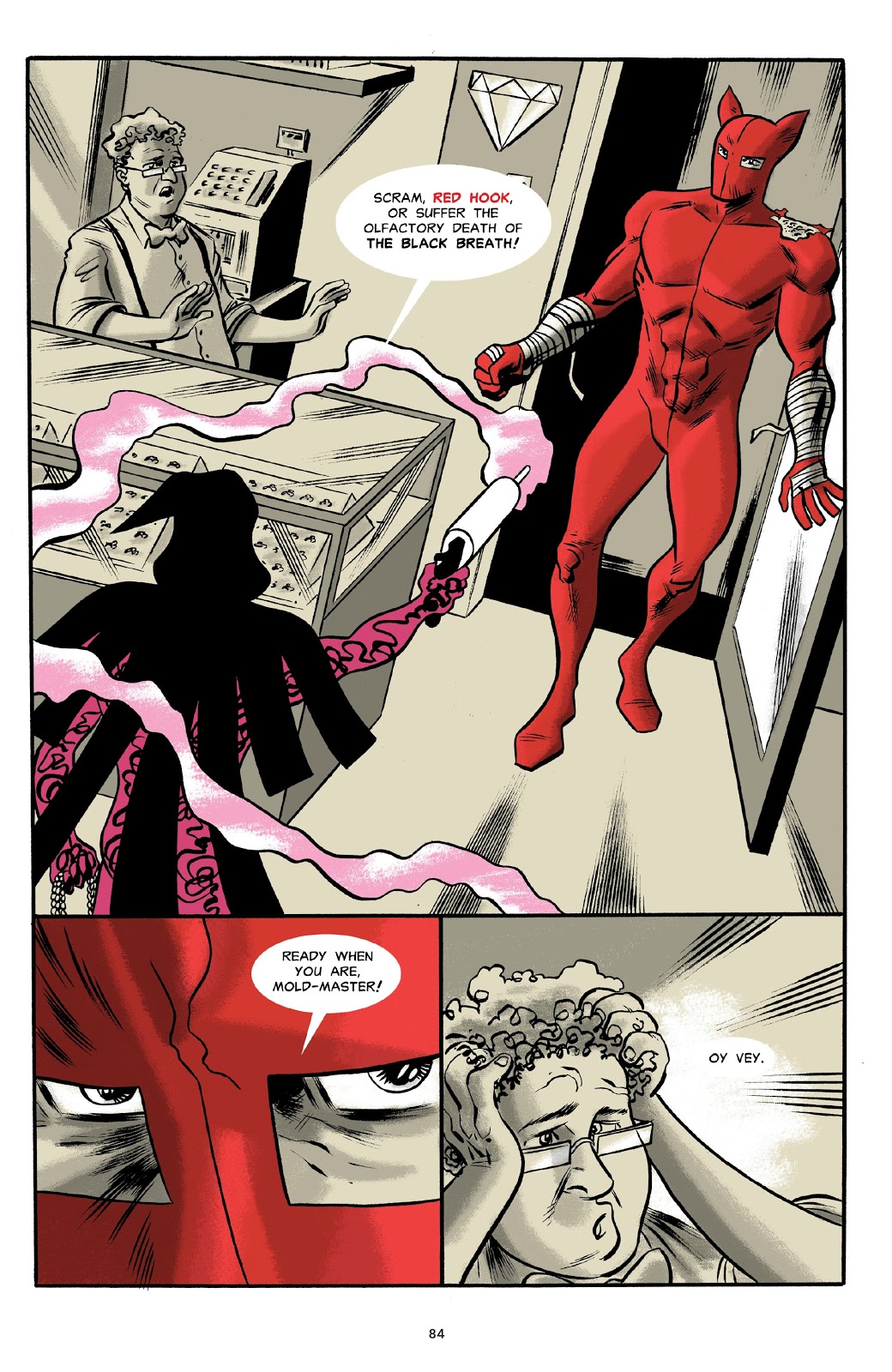 There’s a complicated artistic genesis to The Red Hook, explained by Dean Haspiel in his introduction. Part concerns how Brooklyn over the decades has either produced or hosted some phenomenal comic artists, and part concerns the how conceptually The Red Hook tries to channel the idea of Jack Kirby and Alex Toth collaborating on a superhero strip. If that all sounds too retro, The Red Hook began life as an award-winning web strip.

What The Red Hook reads like over the opening strip, though, is a middle-aged man attempting to come terms with a world that’s changed, where reference points previously constant have crumbled. Early pages feature oblique comments about gender transitioning, relationship therapy and body shaming, while a scene is set in a now far from politically correct carnival sideshow. It’s almost a ticklist of possible offence, passed off as lighthearted via jocular, self-aware dialogue. It’s followed by Brooklyn’s mournful secession from a mainland where ethics and artistic appreciation no longer have value.

It takes a while for Haspiel to warm up. His attractive kinetic art manages to combine Toth’s simplicity with Kirby’s energy, and distracts from there not being a great deal of content, but the spirit of Kirby shines through when petty thief the Red Hook is bequeathed the Omni-Fist of Altruism, and must become a superhero. Haspiel generates a succession of threats, one immediately following another, but for all the bombastic dialogue and the imagination applied to those threats they never transmit as anything more than an obstacle course. He succeeds in evoking Kirby and Toth artistically, but the emotional pull of their best work never resonates, particularly in a heavy scene featuring girlfriend the Possum. It leaves this opening volume as a lovingly rendered pastiche, but no more.

A second helping of the Red Hook can be found in War Cry. 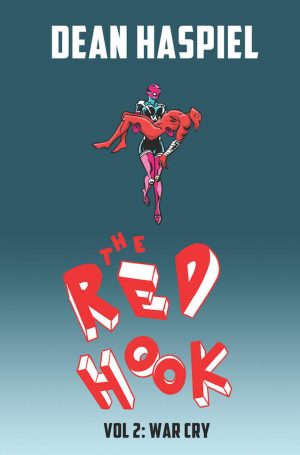 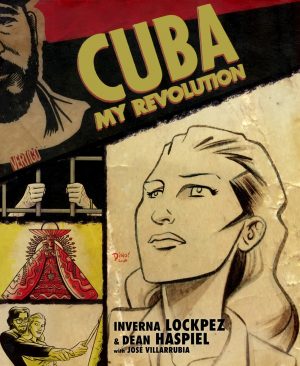