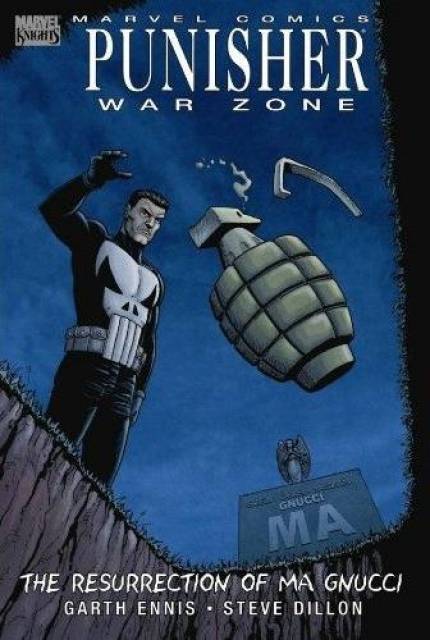 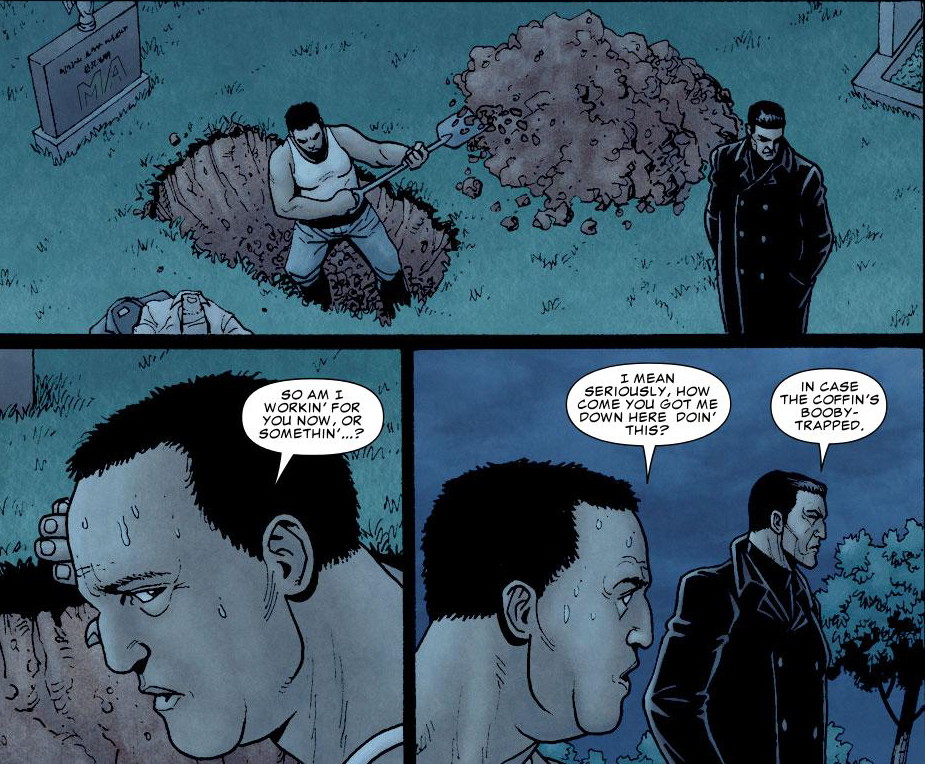 The comedy action version of the Punisher provided by Garth Ennis and Steve Dillon that began so well had ended its run rather bereft of inspiration in Confederacy of Dunces. This may have been because Ennis felt the humorous elements had run their course, and he’d succeeded, with a different method, appropriately beginning with In the Beginning. It was somewhat of a surprise therefore that around the time of Valley Forge, Valley Forge, he was also reverting to his previous style for this.

In Welcome Back Frank Ma Gnucci had been a memorable creation, a hateful woman steeped in organised crime upon whom Ennis and Dillon piled indignity after indignity in the ghastliest manner until they ultimately had the Punisher kill her. This was via a method that certainly didn’t suggest any possibility of a return, even in the world of Marvel comics. Yet there she is at an organised crime barbecue.

Ma Gnucci isn’t the only familiar face presumed dead that turns up here, although there’s less mystery about the Elite, revealed immediately as the son of the original. Also back, and once again heading a Punisher Task Force with a staff of one, is Maggie von Richthofen.

There is that old adage of how you can’t go back home again, yet the only real problem with The Resurrection of Ma Gnucci is that it’s somewhat padded at six chapters. The procedure Ennis and Dillon have mastered involves establishing assorted members of their cast as dirtbags or saps, then heaping humiliations on the first category prior to their inevitable demise and permitting the latter a kindlier death once they’ve served their purpose. The break from this approach enabled Ennis to conceive some doozies, with the chimpanzee tale and its consequences in the opening chapter most pleasing.

This doesn’t match the best of Ennis and Dillon’s previous work on the Punisher, but it’s perfectly acceptable.