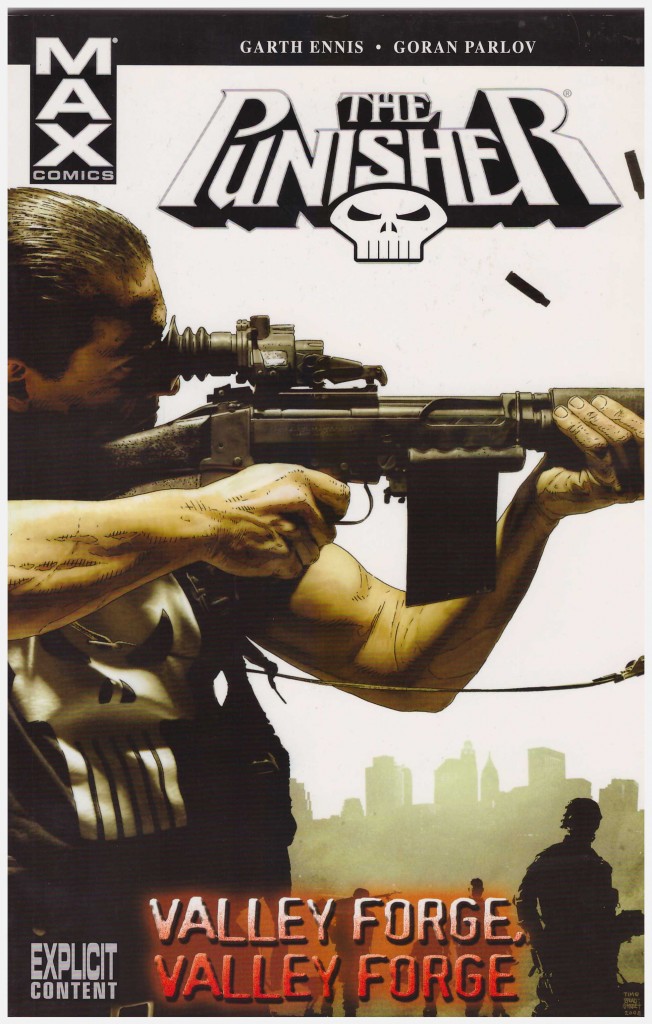 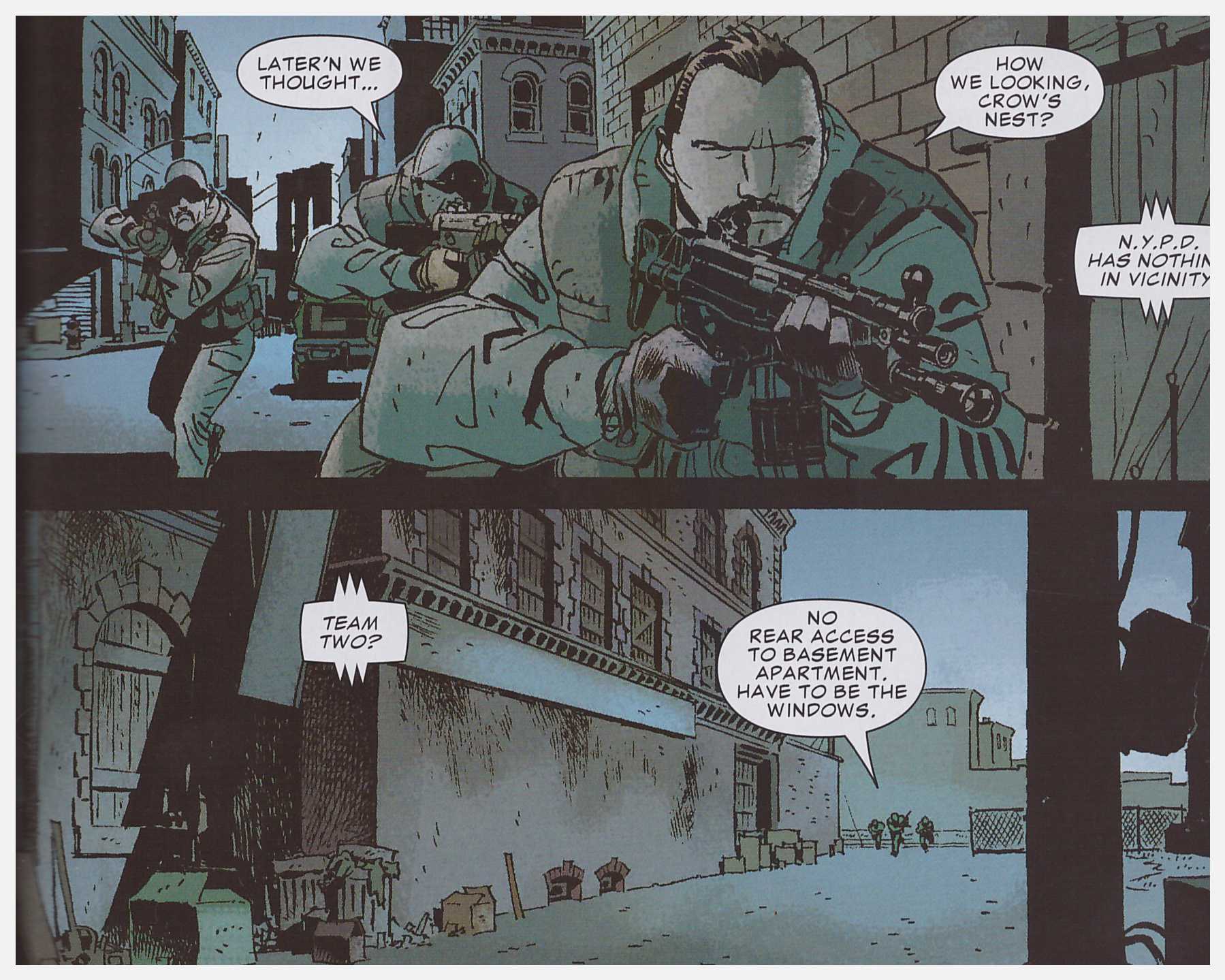 In his final sequence for this incarnation of The Punisher Garth Ennis ties up the loose ends still dangling from the remainder of his run, turning the focus onto the top brass responsible for much behind the scenes misery. His view of the men controlling the world’s largest weapons cache is hardly comforting. They’re portrayed as petty, self-serving and a self-important bunch to whom lack of accountability is almost a mantra. The Punisher represents a loose end who’s also pulled one over on them in Mother Russia. Unconcerned about deploying the military on home soil, which can always be justified as war on terror, they dispatch an elite squad to New York to settle the matter. Goran Parlov is again the artist as he was for the preceding Long Cold Dark, but thankfully his overly muscled Punisher is, for the most part kept under wraps.

The military mission is counterpointed by another, in Vietnam decades previously, the cauldron in which the Punisher developed his both survival skills and the emotional distance that enables his brutality. This is presented via prose extracts that may well confuse anyone who hasn’t read Ennis’ work on Punisher: Born. The cast and events of that story are frequently referenced, and it’s the brother of a main character responsible for the text. It ties in to the main narrative, but that’s a long time coming.

Having emphasised the moral vacuity of military command, Ennis maintains a faith in the essential decent nature of some soldiers, and a pivotal element swaying that is video footage recorded earlier in the series. The ending is inevitable, yet surprisingly brief, and in the real world would have earth-moving consequences. Perhaps just as well Ennis was moving on. His legacy is the finest run of Punisher material to date, with the peaks high and the dips few.

The hardbound Punisher Max volume 5 collects this with Ennis’ penultimate work on this run, Long Cold Dark, as does the oversized hardback Punisher Max by Garth Ennis Vol. 2.