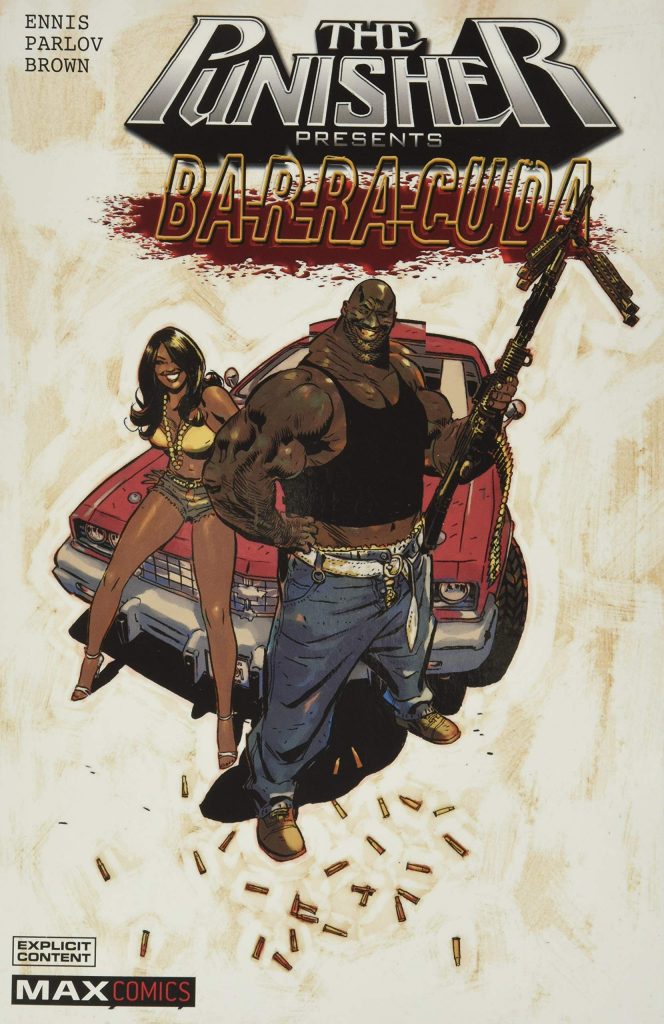 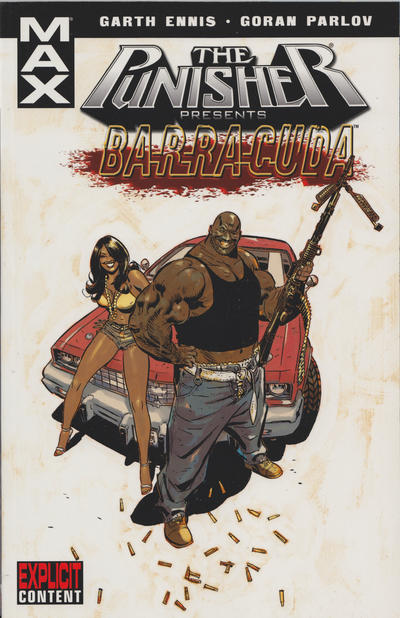 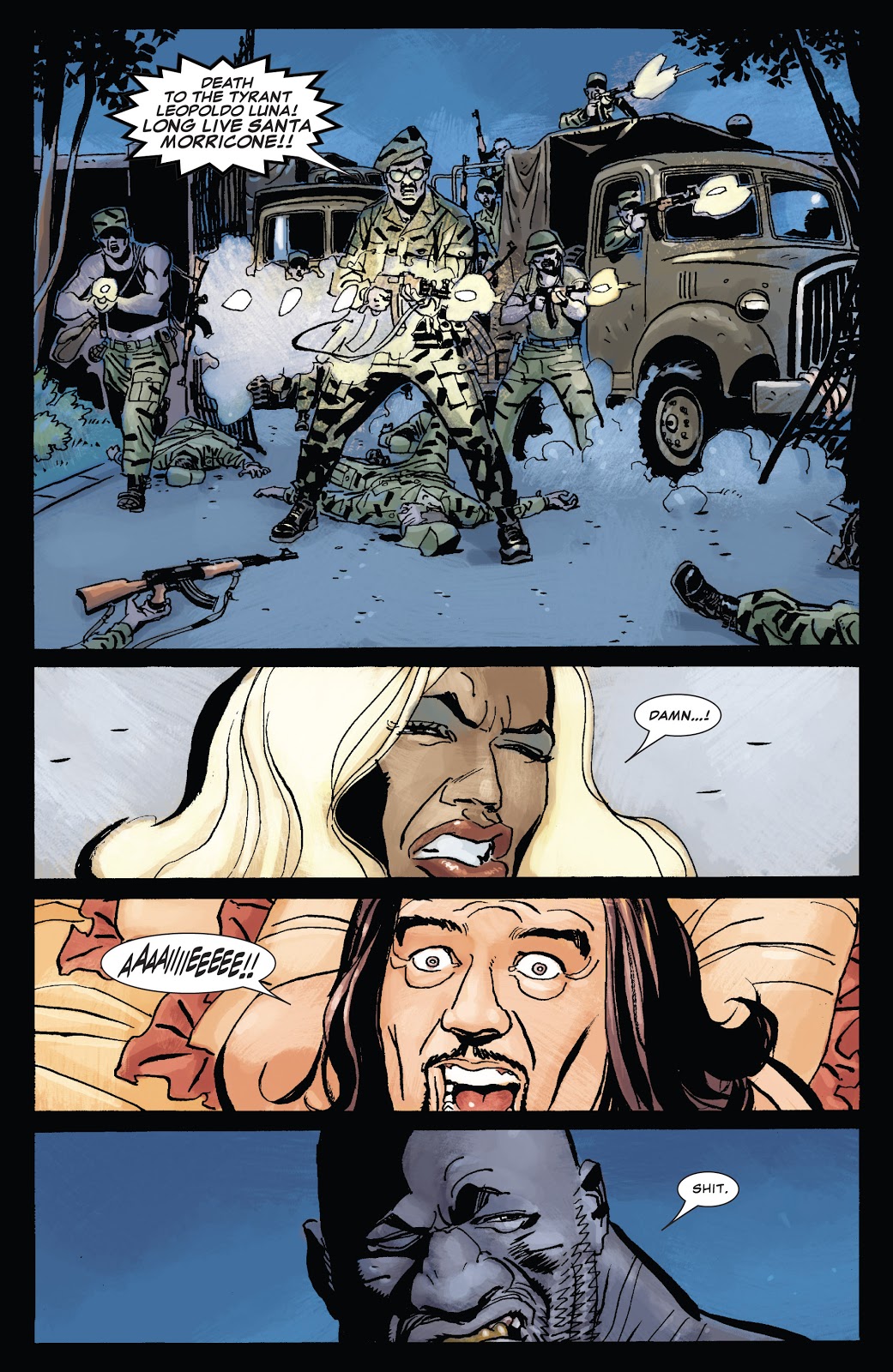 While Garth Ennis’ early 21st century Punisher run remains the quality to aim for on that series, this connected story has been largely forgotten, issued as a collection that rapidly went out of print in 2007, and only reissued again in 2020. It was included in the second Punisher by Garth Ennis Omnibus, along with the first two stories by Ennis and Goran Parlov where Barracuda butted heads with the Punisher. It left him a few body parts short.

Barracuda first appeared in Ennis’ more serious Punisher work and was a comedic anomaly there, but here the filters are removed, so this outing has more in common with Ennis’ earlier comedy incarnation of the Punisher. Barracuda is a giant of a man, feared even by gangsters, yet his devious nature is constantly underestimated due to the wide-eyed, foul-mouthed character he projects, a deliberate thug cliché. He’s hired to protect the timid, haemophiliac son of a crime boss, who’s to prove himself by assassinating a South American dictator. Ennis then surrounds them with ridiculous characters of all denominations from the beer-bellied macho CIA agents to the defrocked priest.

If you’ve a tendency toward being offended, Barracuda’s going to make you squirm. It’s provcatively saturated in monumental poor taste, as Barracuda has wallowed in the sleaziest of circles, and has made connections wherever he went, while those who want him dead have the veneer of civility, but are no better. Barracuda just bumping into some of them by chance is obviously a convenience, but pick the plot to pieces otherwise, and it’s watertight, involving a dozen or so important characters and manoeuvring them into the right place at the right time. The precision is some great writing.

Because the tone was more serious in the Punisher series, Barracuda seemed out of place, as did Parlov’s artistic exaggerations. Here, though, there’s no call for subtlety. Excess is the order of the day, and Parlov surely delivers that with some righteousness. Where things go is hardly unpredictable – here’s a hint: South in a hurry – but Ennis ensures they way they head there is. With an open mind and a strong stomach this is hilarious. It can also be found in the second Punisher Max by Garth Ennis Omnibus.