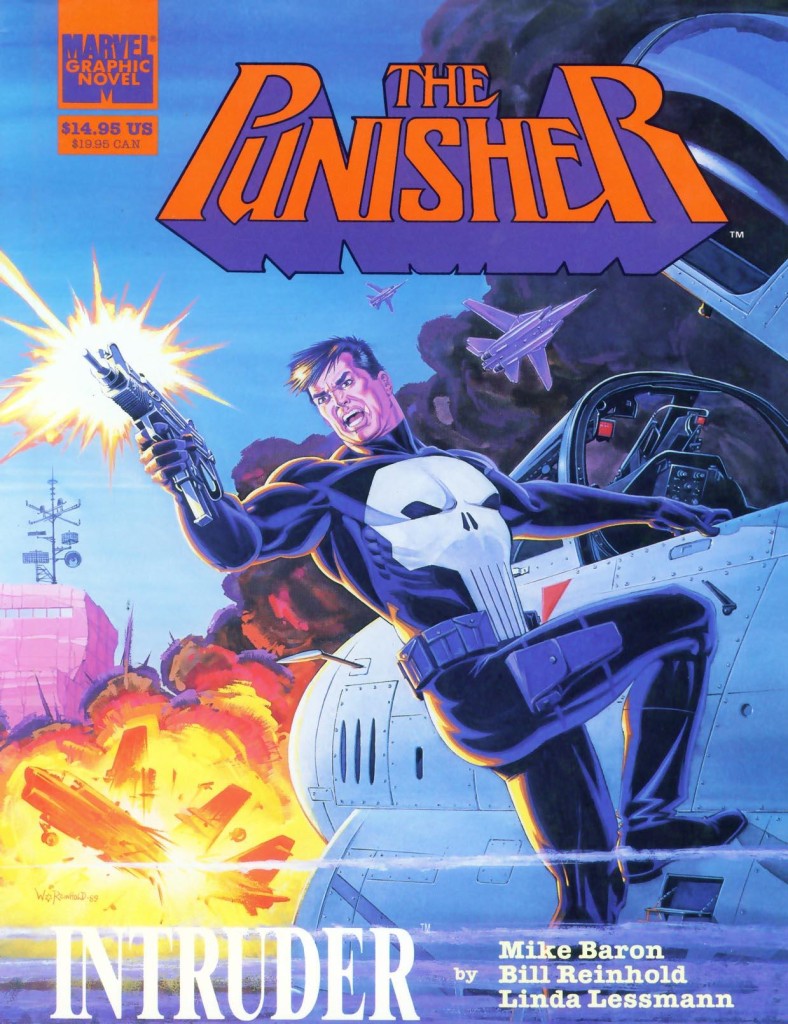 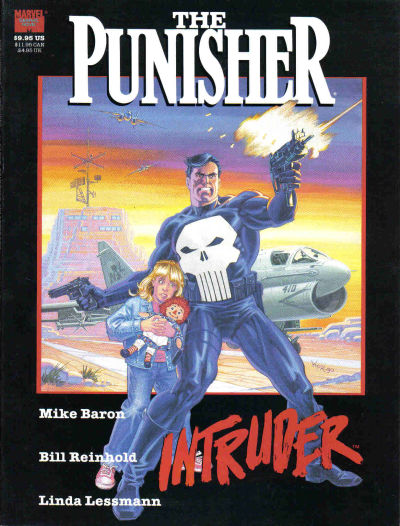 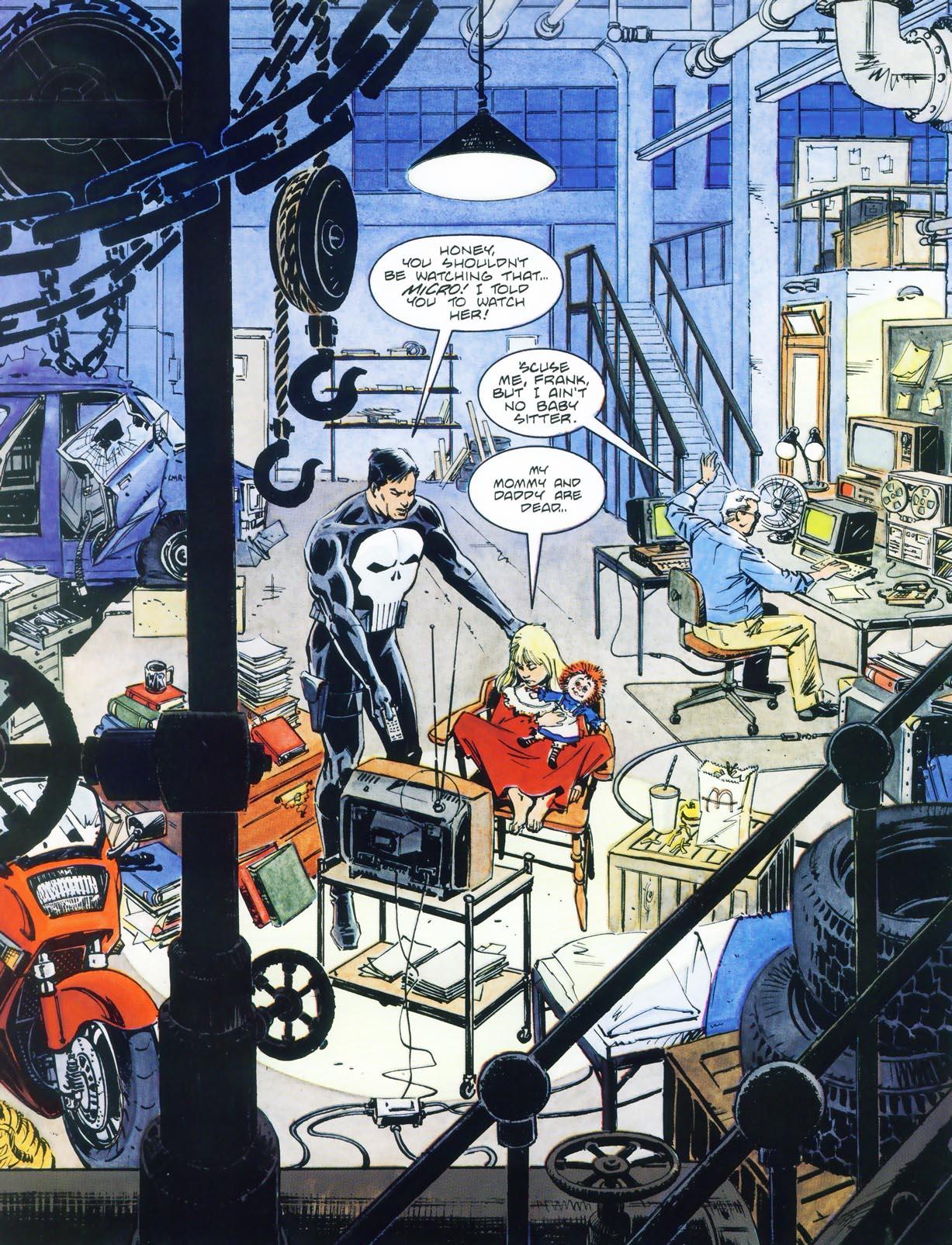 Creators Mike Baron and Bill Reinhold were best known for their Badger series, a skewed look at a mentally unstable assassin that pre-dated Deadpool by a good decade, and Baron sets up a viable plot. The book starts in suburbia with the Punisher about to drop in on a druglord concealed there living a decent family life, his neighbours clueless as to his real business. That’s a particular shame for one couple, as they’re mistakenly targeted in a gangland style execution. This is all observed by the Punisher who then rescues their young daughter before discovering more about the person responsible for the screw-up.

Reinhold would draw many Punisher comics, and designs an impressive villainous HQ, but he’s not the most dynamic of artists, overall functional rather than outstanding. Were it not for the Punisher always appealing more as a character rather than to art fans, this may have been a let down on publication for what ought to have been quality to match the high price originally charged for Intruder. There is the occasional decorative flourish, an ornate stained glass window here, an iconic shot of the Punisher on a water tower there, but these are exceptions.

Baron at that point was already writing a Punisher title, and there’s little that really distinguishes this plot from the material he was producing monthly. While he pre-empts later tragedy by having terrorists fly a plane into a hotel with consequent devastation, and devises tortures that couldn’t be used there, his central counterpoint never rings true. This is a straight-faced presentation of a young Frank Castle’s doubts about joining the priesthood, which feeds into a very abrupt joke ending.

Those who’ve enjoyed Baron and Reinhold’s work on the character elsewhere shouldn’t care about any of this. There’s a base level of competence below which the story rarely dips, and the plot works.

Two years after this original presentation the book was re-packaged in Marvel’s more usual prestige format.