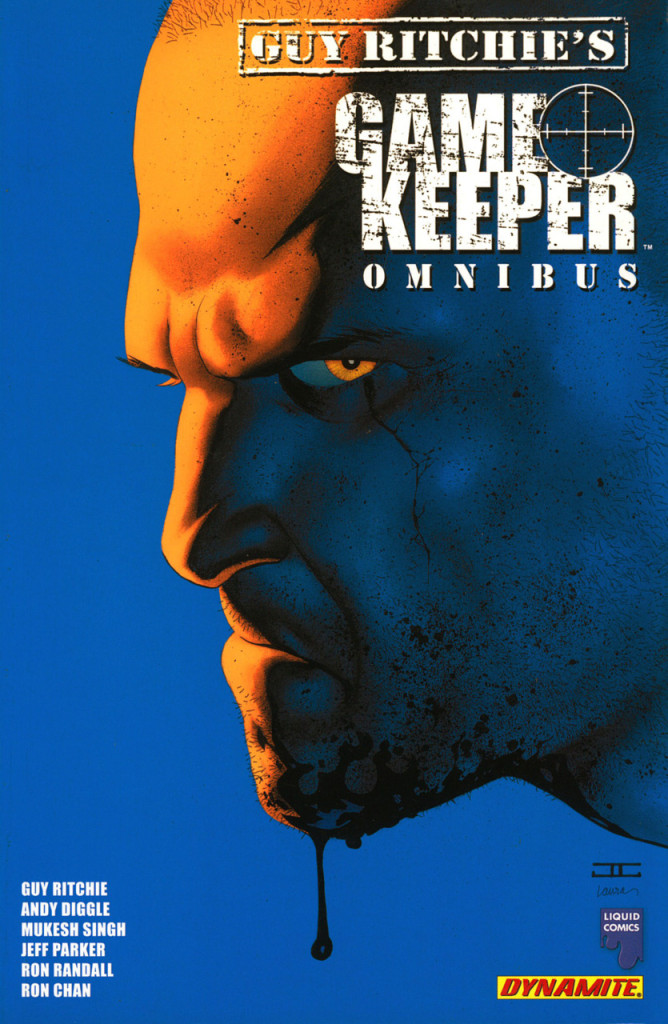 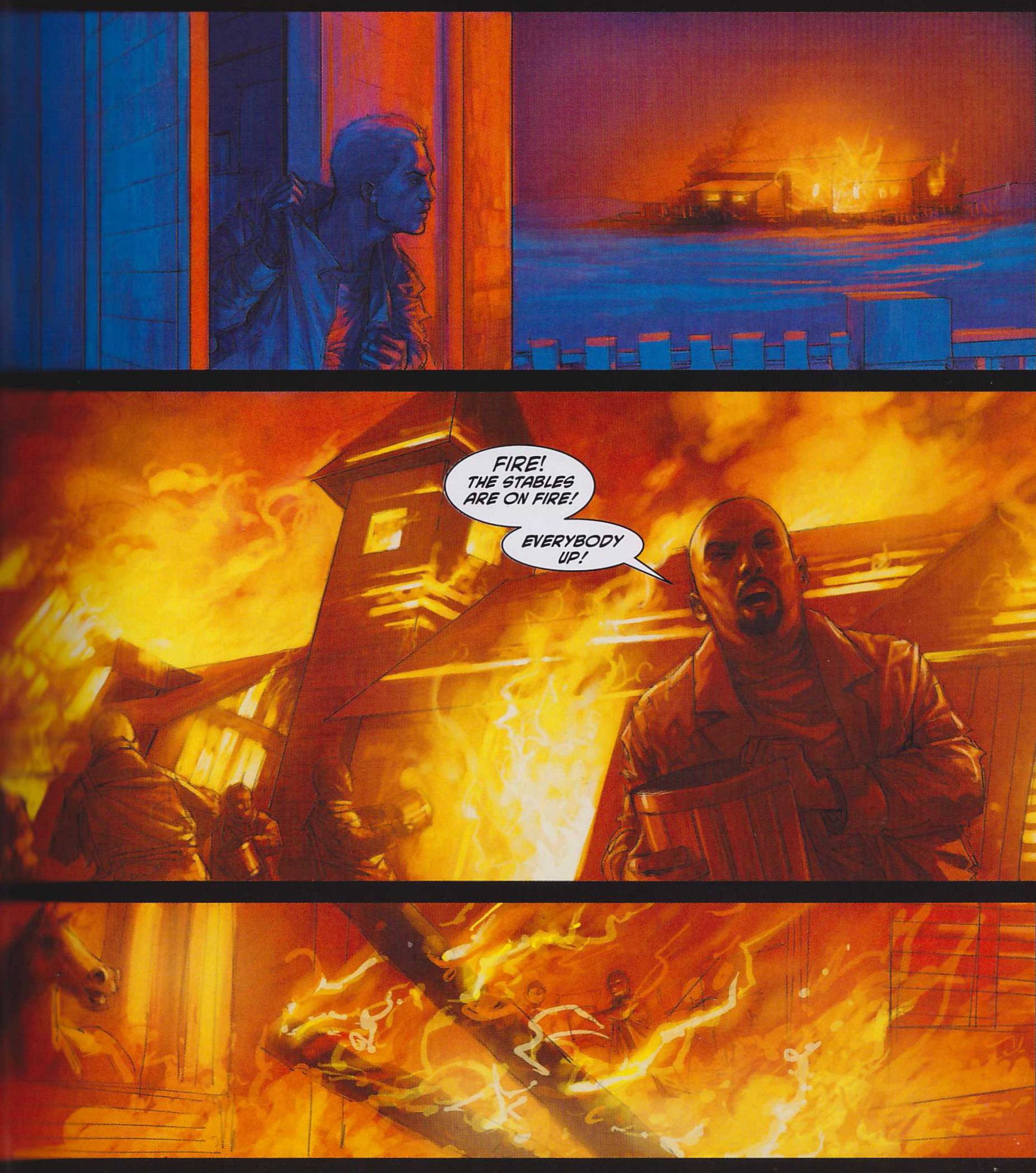 It’s difficult to know how much input film maker Guy Ritchie had here on this Punisher variation. His name is plastered all over the cover, and in his introduction he in effect reduces the original comics to a set of a storyboards he’s able to slap in front of potential financiers. The question’s worth asking, because at his best Ritchie’s films have been inventive thrillers that squirm around expectation. The Gamekeeper, by contrast, is a plodding A to B updating of Clint Eastwood’s one righteous man against the world scenario.

Andy Diggle scripts the first of two stories, this characterised by the spectacularly garish colouring employed by artist Mukesh Singh, overlaid atop his otherwise competent, if occasionally static, action art. Two narrative strands are interweaved, one introducing the Chechen gamekeeper on a Scottish estate run by Joshua Morgan, soon to be devastated, and the second dropping back into his past to recount the tragic circumstances in which the pair met. There is just the single good plot twist amid five chapters of mundane violent comics punctuated by ponderous captions.

Yet, it’s also apparent how the same plot would work on the screen far more effectively. The upstanding and taciturn loner long preceded Eastwood’s cinema presence, and adding a touch of Schwarzenegger via an exotic accident wouldn’t harm matters. Even the spade thick captions drawing parallels between the estate gamekeeper and the soldier would work better on screen where they’ll be fleeting. As it was, the film never happened.

A sequel did, though, and it’s here as well. This is scripted by Jeff Parker, and is altogether better for switching the focus around a wider cast. Pivotal is Morgan’s daughter Krista, not much seen in the previous story, but proactive here with the reason for those events. It also appears to have greater involvement from Ritchie as prominent in the cast are a bunch of eccentric misfit British gangsters and comedy moments arising from their incompetence, both elements where his credentials need no bolstering.

Veteran artist Ron Randall supplies layouts for Ron Chen, but while the colouring is more subdued, Singh’s greater naturalism would be preferable for an action-based script. It’s still no masterpiece, but at least has structure, pace and twists. And no strained gamekeeper comparisons.